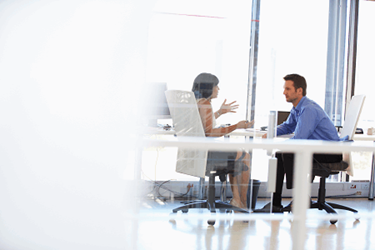 The role of consultants in the biopharmaceutical and medical device industries is significant. Consultants provide experienced resources in crisis situations, when new facilities are being installed, under circumstances requiring a high input of technical expertise, during regulatory emergencies, and during other planned and unplanned situations.

Problems often occur between clients and consultants, with both parties contributing to these situations. Inadequate communication between the consultant and the client, especially at the initial engagement phase, is often not taken seriously enough or addressed sufficiently on both sides to ensure a smooth business interaction that successfully meets the objectives.

This article summarizes insights gleaned from interviews with multiple consultants, each of whom has at least 25 years’ experience in the life sciences space — and from conversations with the life science companies who hire such consultants to ensure that their systems meet the product quality attribute/specification requirements mandated by their respective regulators.

First, we will cover common problems that can occur in consultant-client relationships. Then we will review recommended best practices for engaging a biopharma or medical device consultant, from first meeting to follow-up/closure after the project has been completed. The following topics are addressed:

Beginning with their first business interaction on workday #1, communication between the consultant and the client is an important activity that is often poorly executed. Consultants estimate that up to 75% of projects suffer from a lack of information provided by the client to the consultant, or conversely, from the consultant to the client.

On the other hand, the consultant may provide inadequate information to the client because he is disorganized, lacks focus, or is not qualified to meet the scope of work from the get-go, delivering mediocre performance and simply burning hours to get paid. Problems such as these can fundamentally undermine a project and should be addressed on the first workday, as well as closely followed over subsequent weeks. Concerns should not be communicating two months later, whether by the client or the consultant.

Following are several cautionary examples of problems that have occurred in consultant-client relationships as a result of poor/inadequate communication.

Best Practices For The Initial Meeting

The following best practices can be thought of as a general, topical agenda for a first workday meeting between a consultant and a client. In preparing this list, feedback from various senior-level consultants and clients has been factored in. (However, this is not an exhaustive list.)

This article represents a general and brief consolidation of multiple problems expressed by consultants who have been engaged by biopharmaceutical and medical device organizations. In general, the problems demonstrate a fundamental lack of communication between the client and the consultant.

The list of best practices provides a structured format for both the consultant and the client to consider for discussions on the first workday, and over subsequent weeks until the end of the project. To ensure a smooth onboarding process and timely project delivery, the client should be prepared to implement these best practices prior to hiring a consultant. This will increase the probability that a project will be completed within the allowable timeframe specified on the schedule, without loss of quality.

Allan Marinelli has more than 25 years of global (Belgium, France, South Korea, China, India, Canada, U.S.) cGMP experience under EMA, KFDA, SFDA/CFDA, WHO, FDA, and other regulators. He is currently the president/CEO of Quality Validation 360 Inc., providing consulting services to the biopharmaceutical, pharmaceutical, medical device, vaccine, and food/beverage industries. Mr. Marinelli has authored peer-reviewed papers and book chapters on validation, risk analysis, environmental monitoring,  process/equipment validation, computer systems validation, and cleaning validation. He is an associate member of ASQ (American Society for Quality). He can be contacted at amarinelli360@gmail.com.