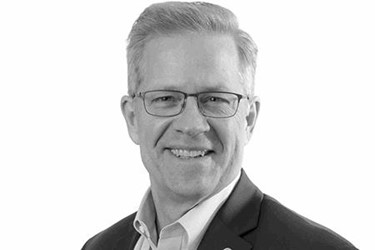 If you’re in the business of biopharmaceutical innovation, it’s no secret that the price is growing exceedingly high. Bringing a product to market costs roughly $1.54 billion, up from $1.19 billion in 2010, according to Deloitte. Investor capital is essential for fueling innovation and company growth, and now it is funding life sciences facilities, too, according to JLL’s 2017 Life Sciences Outlook.

Sizing up the opportunity in real estate

Life sciences real estate has the right mix of growth components for investors: high demand for space, rising rents for specialized life sciences real estate and an industry that is attracting funding and is poised for continued expansion. Research firm MarketsandMarkets estimates that the life sciences market will hit $64.52 billion by 2021, at a compound annual growth rate of 6.8 percent. From a real estate investor’s perspective, that means opportunity.

Take a look at the major U.S. clusters and you’ll see a common theme of proximity to world-class research institutions, universities, hospitals and the individuals that come with them. These prestigious institutions range from the top medical schools at University of Chicago and Northwestern in Chicago; the Mayo Clinic and the University of Minnesota in the Minneapolis-St. Paul area; and the Massachusetts Institute of Technology, Harvard and Tufts in Boston.

Many life sciences companies are willing to pay the high cost to have access to scarce talent, and the industry ecosystem that tends to surround them — the entrepreneurial start-ups, life sciences patent attorneys, venture capitalists and related resources. Consider the most expensive life sciences neighborhood in the United States: Boston’s East Cambridge area. Companies pay $75.05 per square foot for space in East Cambridge, up more than 10 percent from a year ago.

Steep rent increases don’t make a dent in occupancy levels, either. The number of East Cambridge tenants renewing their lab space leases nearly doubled in the past year. In nearby West Cambridge, vacancy is less than 1 percent.

Alexandria Real Estate Equities, one of the leading investors in lab and tech facilities in the United States, was an early entrant to this niche space and has seen the pay-off. Its performance has tripled that of the NASDAQ since 1998, and the company’s value has doubled over the last three years, according to research by strategy consultant and Forbes.com contributor Adam Hartung.

Alexandria Real Estate Equities found a formula for success in studying trends in the major biotech clusters and making calculated investments where clusters were likely to emerge. It has targeted properties in urban areas near prominent universities and research institutions. Some of its land holdings are almost untouchable because of great appreciation in value over the years.

Understanding the value companies put on being inside life science clusters, investors are doing whatever they can to open up more lab space in urban areas. Currently, nine of the top 10 U.S. life science clusters have vacancy rates under 10 percent. Those who want in often can’t get in, simply because there is nowhere to go.

New development can’t happen fast enough in highly competitive clusters. In Seattle’s Lake Union neighborhood, where vacancy is 1.3 percent, Alexandria is building a 289,000-square-foot property that is already fully leased to Juno Therapeutics. Kilroy Realty Corporation has a new 750,000-square-foot development underway in San Francisco’s popular Mission Bay area, offering a mix of office and life sciences space. Nearby, the Golden State Warriors’ old practice facility is being redeveloped into space that will largely be used for life science purposes. These projects aim to alleviate some of Mission Bay’s space crunch, but asking prices are still likely to reach upwards of $60 per square foot.

On the opposite coast, companies in second-tier markets like Philadelphia are gobbling up space as fast as it comes. A rare new speculative development is underway to open up more lab space in Philadelphia’s central business district, where vacancy is 1.9 percent. The multi-year, mixed-use development, which is already 50 percent leased, is a collaborative effort between the University City Science Center and Wexford Science and Technology.

Converting nontraditional space into lab space is one way that investors and developers are creating room in overcrowded markets. In San Diego’s UTC neighborhood, 1.1 million square feet of space has opened up over the past year in large part from office building conversions. San Diego’s Sorrento Meso neighborhood has become one of the highest-occupancy areas for life sciences companies in recent years as developers have converted industrial and flex buildings into lab facilities.

Looking for the next big thing

As competitive clusters like Boston, Seattle, and the San Francisco Bay Area burst at the seams, developers in surrounding communities are picking up the overflow. Powerful micro-clusters, such as New York’s Long Island and Westchester County, have bolstered their life sciences communities around their own influential medical and research institutions.

North Carolina’s Research Triangle Park. The initial phase includes redeveloping 175,000 square feet of space for lab and greenhouse facilities. A California-based investor is buying GlaxoSmithKline’s 1.2 million-square-foot campus in the area, with plans to renovate 700,000 square feet for life sciences companies and eventually turn it into an innovation hub with cutting-edge amenities.

Real estate investment companies, including healthcare REIT Ventas, are also testing new waters outside of the primary clusters. Ventas has invested roughly $2 billion into university-based life science real estate. Among its investments is a life science, research and medical campus in Providence, Rhode Island, positioned near Brown University’s main campus. The development will include new space that can help facilitate collaboration between the university and research companies to foster innovation.

Location has become a crucial element for companies to succeed in an increasingly cutthroat environment. Talented employees are non-negotiable, and companies must pay the price of being near the universities and institutions where top scientists are found. And, while the market is important, what employees find inside the company has taken on greater significance.

Life science parks with rich amenities, like fitness centers and daycare facilities, are becoming a more popular option for companies seeking a competitive edge in the war for talent. New research demonstrates the influence that the physical work environment can have on employee satisfaction and productivity, leading more companies to closely examine the design and flow of workspaces. Providing open spaces that spark collaboration or areas where employees can go to unwind can help the workforce appropriately channel energy during different parts of the day.

As industry growth continues, property developers and their investors will be looking for ways to help build the next generation of life sciences companies. Innovation and the talent that drives it need modern spaces that engage and inspire. It’s promising to see a growing group of landlords that understand the life sciences sector, along with enthusiastic property investors to help fund creative spaces where tomorrow’s life-saving treatments may be discovered.

Roger Humphrey is executive managing director of the Life Sciences practice at JLL, where he guides a team of more than 2,200 professionals that help pharmaceutical and biotech companies reduce costs and boost productivity throughout their real estate and facilities portfolios.  A 30-year veteran of the real estate industry, he is the former executive director, global real estate and integrated facilities management (IFM) governance, at Merck.