Is Biopharma's Reputation Back? 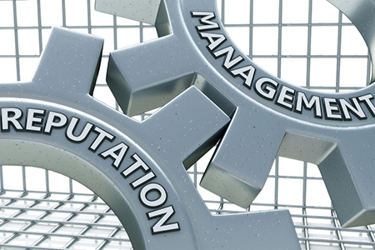 When I first joined the pharmaceutical industry back in the early 1990s, I couldn’t tell enough people, as I was immensely proud of having made it. But it went beyond compensation and how you were treated as an employee. You were joining one of the most admired of all industries, built on ideas of ethical promotion, putting patients first and the profits following, and doing no harm. You felt part of something bigger — and better.

Since those bygone days, before the pharma salesforce race and the dine & dash era, we’ve seen a once proud industry become the most negatively perceived of all U.S. industries. And while biopharma would like to place the blame for such a slide on a “few bad actors,” there was plenty of unethical promotion and drug price increase blame to go around. How were we ever to right the biopharma reputation ship? And then COVID-19 happened. When cities were first being locked down to “flatten the curve,” biopharma had vaccine efforts already underway. Because finding therapeutics for unmet medical need is what we do. I held out a sliver of hope they might achieve the unachievable (i.e., develop an approvable vaccine in under a year). But never in my wildest dreams did I expect three vaccines being mass manufactured and rolled out to the masses under such a compressed timeframe and amidst such adversity. Given past experience, this was simply unthinkable. And yet, it happened. We rose to the occasion. We were conscientious on pricing. We saw front-page coverage of fierce industry rivals agreeing to manufacture another company’s vaccine. And once again, it felt good to be part of biopharma.

The War For Biopharma’s Reputation Isn’t Over

All this good news on the vaccine front makes it feel like the COVID-19 crisis is over. But bouncing back from a pandemic will take years, if not decades, and the reality is that some things will never be the same. Similarly, winning one big crisis does not a biopharma reputation save. It took us years to get into this mess, and it will take us years to get out of it. We need to be making the most ethical and well thought out of business decisions and align compensation all down the org chart toward such aims. We need to lead by example. And, we need to tout what medical miracles reside on the horizon — beyond just vaccines for variants. And we need to pay attention to how we do so. For example, Clarivate’s recent Drugs to Watch 2021 report notes four treatments likely to reach “blockbuster” status within five years. Blockbuster = $$$$ = political fodder = equal reputation dagger. So, when telling your family and friends about the following four therapeutics that we hope will help many patients in need, be sure to focus first on these as the breakthroughs that they are — not the cash cows they may come to be.

Beyond drugs in development, we can also be benefitted by having solid biopharma leadership role models worthy of emulation. For that, be sure to subscribe to Life Science Leader. As such life science leaders are so often found on our covers, between our pages, and even as participants in our executive virtual roundtables (EVR) and podcasts.