Last February, Hayman Capital Management hedge fund director Kyle Bass took the pharma industry by surprise when he launched a newer form of patent challenge against Acorda Therapeutics. The Inter Partes Review (IPR) process, established in 2012 as part of the America Invents Act (AIA), was originally earmarked by Congress as a method for competitors or other biotech companies to clear bad patents out of the system.

It boasted a more-efficient, cheaper process for resolving patent challenges. However, according to two experts from the Biotechnology Innovation Organization (BIO), Kyle Bass is considered an atypical petitioner, as his efforts go against the Act’s intentions for the IPR. While Bass’ proclaimed goal has been to eliminate patents to clear the way for cheaper generic drugs, he also has used the IPR as a method to shortsell a company’s stock for his own financial gain. Now, a year after launching his first IPR against Acorda’s Ampyra, Bass has launched upwards of 35 IPRs on high-profile pharma and biopharma companies. Only seven of the 16 reviewed IPRs have been passed to trial, where final rulings are still pending. However, Bass does not show signs of quitting.

In his latest move, profiled by the Financial Times, Bass returned a majority of the $700 million he collected to fund his campaign. He says these funds were earmarked for short-selling pharma stocks. While returning $700 million to investors could appear a sign of defeat, Bass still has in his possession roughly $80 million, which he intends to use to continue his IPR crusade. “We have all the capital we need to pursue everything to its logical conclusion at the patent office,” Bass said. “We are not stopping.”

ARE BASS’ IPRs STILL A CONCERN FOR PHARMA IN 2016?
According to BIO, Bass’ efforts are just as alarming today as they were when they started — if not more so. As Tom DiLenge, BIO’s general counsel and head of public policy, argues, Bass’ efforts are a perversion of the system. Bass’ attempts at eliminating bad patents for generics have also been used to bring financial gains for the hedge fund mastermind. How successful he’s been financially is still unclear. DiLenge says, “There has been no transparency around what he is shorting, how much he is shorting, and when he’s selling. We don’t know all of those details, so it’s unclear if he’s making money. One would expect that he wouldn’t continue to do this unless he believed it was financially advantageous to him.”

His strategy is particularly upsetting to BIO and pharma because he does not need to be successful to be a threat. By launching these IPRs in the first place, Bass creates uncertainty over the value of the stocks, which ultimately affects a company’s stock price. “We theorize that if someone was executing a short option, all you have to do is create uncertainty as to the value of the stock, and it will likely drop,” says DiLenge.

THE IMPACT OF IPRs ON DRUG DEVELOPMENT
IPRs have been hailed as a time- and resource-saving procedure for patent litigation. But from a drug development standpoint, the procedure serves as a large stumbling block to innovation. According to Hans Sauer, BIO’s deputy general counsel for intellectual property, companies faced with Bass’ and similar entities’ IPR challenges have to spend time and resources dealing with these challenges as opposed to creating cures for diseases.

For instance, a large company would need to reallocate resources and spend countless hours reviewing its patent portfolios. “Not only do they have to think about what that patent portfolio would look like in court under some kind of Hatch-Waxman type challenge after four or five years of market exclusivity, but now they need to worry about those patents being challenged at any time, either before development or immediately after approval of that product,” says DiLenge. For smaller companies, these petitions can impact conversations with partner companies that might be tied to universities or receive investments from private equity.

“Adding uncertainty to IP rights can be highly leveraged in a business environment, where there’s already a lot of other uncertainty,” says Sauer. Especially in drug development, there are already many uncertainties (e.g., funding, competitors) when it comes to ushering experimental treatments to market. “When you stack all of these uncertainties on top of the likelihood of losing your patents in a new proceeding, the whole thing can come to a tipping point,” Sauer argues.

HOW IS PHARMA APPROACHING IPRs TODAY?
Now that a year has passed, companies that have been faced with Bass’ petitions are arguably better prepared than they were at the start of his rise to IPR fame. According to Sauer, companies have become better versed in conveying potential consequences to investors and stakeholders. Similarly, investors are becoming more familiar with this process and, therefore, are more skilled at evaluating the impact of these challenges. “At the same time, we are seeing the same high level of concern over where this is going to go, because it is not stopping,” says Sauer.

In fact, Bass’ efforts have inspired other organizations to launch IPRs against innovator patents. According to Sauer, an increasing number of BIO members have come forth voicing concerns. Sauer goes on to list several of these threatening organizations by name, including Neptune Generics, Complex Innovation, and Lower Drug Prices for Consumers. “When you look into these organizations, you see that they are, for the most part, backed by hedge funds or other financial ventures,” he says.

Despite the fact that Bass’ questionable use of the IPR process is becoming popular, there has not been any action to stop him or similar parties. The issue lies with the way IPRs are being reviewed by the Patent Trial and Appeal Board (PTAB), which has been delegated authority for handling IPRs by the director of the U.S. Patent & Trademark Office (PTO). The PTO has the power to put its foot down on Bass’ challenges. However, the PTAB has been hesitant to take a stand against these proceedings, potentially because of the PTAB’s sole focus on the technical merits of the IPR rather than broader policy implications of allowing abusive IPR challenges.

For example, the experts point to a case in which one BIO member company succeeded in upholding a patent in the district court. However, when brought before the PTAB, this same company saw the patent struck down on almost identical grounds. The PTO supported this decision by saying that it has “a lower burden of proof and a different standard of evidence, with no presumption of validity.”

However, as DiLenge emphasizes, when it comes to Bass’ seemingly endless pattern of petitioning, it’s the PTO’s responsibility to protect the integrity of the patent system. “This behavior is going to keep going until the PTO stops it,” says DiLenge. “The PTO has the power to do it, and BIO keeps encouraging them to do that. But I think Congress is going to need to step in and give clearer direction to the PTO on how to stand up against this type of abusive behavior.”

WHAT IMPACT WILL IPRs HAVE ON THE DRUG IP REGULATORY LANDSCAPE?
Pharma IPRs are launched against drug patents protecting chemical structure, formulations, methods of dosing or administration, or drug combinations. However, when reviewing IPR challenges, Sauer and DiLenge say there are few commonalities that jump out between the patents that have been passed on for a final PTAB decision. “It’s not that one specific type of drug patent is challenged or instituted more often than the other. IPRs seem to cover and run the gamut,” Sauer states.

But the rise of IPRs against pharma patents also signals a change in the balance of the court system. The PTAB is becoming the preferred method of getting patents invalidated in many different industries, not just the biotech realm. (The IPR process has been termed the “patent-killer,” after all.) As previously mentioned, the PTAB can trump a decision by the district court. Patents that have been upheld in the district court can be found invalid by the PTAB, and Sauer claims that BIO has been seeing the PTAB’s decisions taking primacy over the district courts more frequently. “When the patent office strikes down these patents, that always trumps whatever the district court decides,” says Sauer. The court system, not the PTO, used to be the prime driver of patent law development in the U.S. “This really does change the balance of power,” Sauer explains. 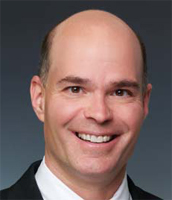 "I think Congress is going to need to step in and give clearer direction to the PTO on how to stand up against this type of abusive behavior."

The prevalence of the IPR process could also stifle pharma’s willingness to innovate. Drug development becomes more complex every year, and patent litigation is evolving into a bigger concern for both large and small drug companies. If the increasing frequency of Bass-like IPR petitions is left unchallenged by the PTAB, pharma could become more risk-averse over time. This would lead the industry down a dangerous path, as drug development could become dictated by the strength of the patent rather than medical need. “Companies over time will attach more importance to IP risks. In turn, they will be more motivated to develop drugs that have the strongest substance patents, rather than the drugs that offer the most value to patients,” Sauer warns.

Similarly, DiLenge stresses the negative impact that the IPR process — as it’s being handled today — could have on society. There are already a large number of drugs shelved because of patent protection uncertainty. “We don’t want to do anything that increases this number,” says DiLenge. “We want to make sure that we are developing the drugs that offer the most value to society.” 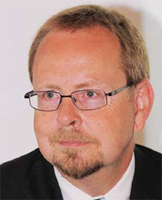 "Adding uncertainty to IP rights can be highly leveraged in a business environment, where there’s already a lot of other uncertainty."

In order to ensure that business remains focused on this goal, Sauer and DiLenge urge pharma and biotech CEOs to become much more involved in this issue. CEOs need to direct energy toward engaging with Congress and the PTO to emphasize how the IPR process is impacting investments and drug development. As DiLenge says, “Policy makers need to be made aware of how companies’ experiences with IPRs are reshaping business. Only CEOs can really do that.”