Is Pharma Ready For The Mounting Price Transparency Storm?

Perhaps the biggest disruptor in the healthcare industry in recent years has been the concerted effort to bring transparency to the pricing practices that have historically been shrouded in mystery. This initiative came to a head in 2013 when CMS (Centers for Medicare & Medicaid Services) released hospital chargemaster data for the 100 most common DRGs (diagnostic related groups) for 3,400 hospitals. 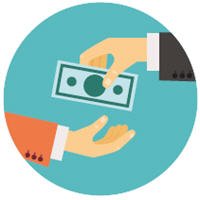 This data represented 92 percent of all inpatient charges for fiscal year 2011. A month later, CMS released similar pricing information for outpatient procedures. The price transparency movement continues to pick up steam in the provider sector. From where I sit, escalating external demands on the pharmaceutical industry to similarly disclose cost and pricing logic is, quite simply, unavoidable.

FEDERAL & STATE DEMANDS FOR PRICE TRANSPARENCY ON THE RISE
It’s no surprise why price transparency has taken center stage in healthcare. With healthcare costs totaling more than $2.9 trillion annually in the U.S. (17.4 percent of the GDP) and growing at a steady pace, it’s clear that our traditional healthcare model is no longer sustainable. Furthermore, with more Americans opting for high-deductible healthcare plans, patients are absorbing more and more out-of-pocket healthcare expenses.

Recently, CMS responded by releasing data that provides details on the $103 billion that Medicare’s Part D prescription drug program spent in 2013. The data shows the names, locations, and specialties of physicians and healthcare organizations that submitted drug claims to Medicare during this time period and also outlines which drugs were most commonly prescribed and which cost the program the most. Some CMS officials hope the release of this information to the public will reignite debate over whether Medicare Part D should be able to negotiate discounts for drugs, given that billions of dollars are being spent when cheaper alternatives exist. (Medicare is currently prohibited from negotiating discounts between private plans and drugmakers in accordance with the Medicare Prescription Drug, Improvement, and Modernization Act of 2003.)

Transparency pressure on the pharmaceutical industry isn’t just coming from federal entities. Over the past several weeks, a growing number of state legislatures — including California, Massachusetts, North Carolina, and Pennsylvania — have introduced bills that would force the pharmaceutical industry to disclose their costs to justify pricing. These bills vary slightly from one to the next. Some require drugmakers to report profits and operational costs for any medicine that costs more than $10,000 a year, while others demand this information for all medicines regardless of price.

FOR PHARMA, THE BEST DEFENSE MAY BE A GOOD OFFENSE
Both federal- and state-driven pharmaceutical transparency initiatives are gaining fervent backing from business groups, consumer advocates, and health insurers alike, which could prove problematic for pharmaceutical manufacturers. Drugmakers have always maintained that the prices charged for an individual drug are not a reflection of development costs, but are based on a combination of therapeutic value, market size, usage, patent life, competition, and other factors. Moreover, pharmaceutical leaders claim that many of the demands issued by state legislatures simply cannot be met. Namely, providing development costs for some drugs may not be possible when research may have been simultaneously conducted on other medicines that ultimately failed.

While the arguments posed by the pharmaceutical industry have merit, they are unlikely to quiet legislators and the American public for long. If you haven’t already begun to strategize how to address mounting price transparency demands, it’s high time that you did. The most immediate response to transparency made by many drugmakers has been to fight these measures in a court of law. However, this approach doesn’t seem like a long-term solution to the issue. These often lengthy legal battles carry a significant price tag in their own right, and it’s unlikely that all drug-pricing legislation will be defeated by pharmaceutical interest groups. At some point in time, it’s a safe bet that pharma companies will be forced to disclose cost and pricing methodologies at either the state or federal level. The transparency issue isn’t going away, and drug manufacturers need to be proactive to succeed in an era of heightened scrutiny and accountability.

Dealing with transparency is not an entirely new proposition for pharmaceutical manufacturers. Over the past couple of years, drugmakers have been providing data to CMS regarding their financial relationships with physicians in compliance with the Sunshine Act as part of the ACA. The act itself has required drug companies to change their way of thinking — taking information that has historically been kept confidential and packaging it in a way for public consumption.

Complying with drug cost and pricing transparency demands will likely prove to be considerably more complex for pharmaceutical companies and have a greater impact on their day-to-day operations and future growth strategies. The effort will undoubtedly require universal process enhancements and an intensive change management effort.

This, at least, is how the transparency movement is impacting the health provider market. After hospitals got over the initial shock of having their top-secret chargemaster data suddenly made public by CMS, they began the painful process of gaining a granular understanding of their true cost-to-charge ratios. This is something that many hospitals had rarely done because they seldom had to justify their pricing. This effort is now alerting healthcare providers to weaknesses and inconsistencies in their cost structure and forcing many to change their pricing logic and update their chargemasters.

"The relentless media exposure and public outcry surrounding the perceived high cost of prescription medications have placed the pharmaceutical industry firmly in the country’s transparency crosshairs."

Surviving, and ultimately thriving, in an era of increased price transparency requires radical change. The hospitals that are succeeding are learning to do more with less and eliminating as much waste as possible from key processes in order to maximize efficiency. In many instances, healthcare providers are finding innovative ways to cut costs and lower prices while maintaining desired profitability.

A similar path will need to be followed by pharmaceutical manufacturers as price transparency demands continue to gain momentum. At the very least, drugmakers should:

One thing I know for sure is that the healthcare provider space and the pharmaceutical industry are inextricably linked. Moreover, these markets have a shared focus — improving the lives of the patients they serve.

Most would agree that the quality of healthcare in the U.S. is among the highest available in the world. However, the affordability? That’s been a bone of contention for years. The government and other key stakeholders are now pressuring health providers and pharmaceutical companies to improve on both a cost and quality front. Many believe patients deserve better, and I would have to agree.