Is The Cuban Biopharma Industry A Forerunner Of Pharma 3.0? 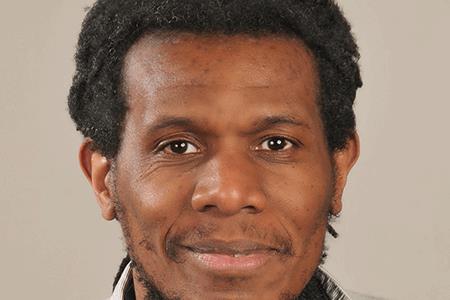 Pharma 3.0 is gradually becoming the new paradigm in the healthcare industry among scholars, industry experts, and practitioners. This new approach is said to be the result of significant healthcare reforms in key pharmaceutical markets in the wake of the many challenges faced by the industry (e.g., low R&D productivity, tighter capital environments). But what’s peculiar is that this new trend, or at least a significant part of it, might find a distinguishable, if somewhat neglected, forerunner in the Cuban biotech industry. That may sound far-fetched at first, but let’s take a closer look to see if there are some plausible explanations.

Cuba has become a recognizable southern leader in the biopharmaceutical industry and has pharmaceutical export partnerships with more than 50 countries. According to BMI Research, exports include 30 innovative medicines manufactured only in Cuba.

The country’s biopharma industry has been successful in a number of indicators, ranging from cash flow and profit margins to return on investment. Although the pervasive lack of data still makes it difficult to confirm this assertion, the available evidence demonstrates the industry’s achievements. This applies not only to the profuse generation of products (biopharmaceuticals and vaccines), which cover more than 60 percent of the local demand, but also to the successful impact on public health.

PHARMA 3.0: A SEARCH FOR SUSTAINABLE HEALTHCARE
The approach and definition of Pharma 3.0 were introduced in Progressions 2010: Pharma 3.0, a report produced by Ernst & Young in 2010. While Pharma 1.0 and Pharma 2.0 were based on blockbuster drugs and diversified drug portfolios, respectively, Pharma 3.0 focuses on health outcomes. Where the former models emphasized proprietary knowledge and short-term bottom-line returns, Pharma 3.0 stresses open collaboration platforms and long-term partnerships with nontraditional players in order to gain access to underserved markets.

These reports have gradually recognized the structural problems of those previous models and have referred to them as the main reasons behind the productivity and innovation challenges faced by the industry during the past 40 years. This situation became more explicit after the financial downturn of 2008, which put in evidence the unsustainable character of the biopharma business model.

"Cuba has become a recognizable southern leader in the biopharmaceutical industry and has pharmaceutical export partnerships with more than 50 countries."

Among the most relevant global reforms that sparked discussion of the new model are efforts to boost primary care and increase access in rural areas, to target basic diseases, and to introduce low-priced generics (emerging markets). At the core of these reforms is the need to expand equitable and affordable access while still containing healthcare costs. These reforms are emblematic of a global trend to achieve affordable healthcare.

In Pharma 3.0´s philosophy, to be successful producing drugs in the long term requires taking care of the highest possible number of people by addressing their real medical needs. The focus is on areas such as disease prevention, data sharing, long-term health outcomes, seeking unmet needs, community engagement, holistic thinking, and health information technology. In this new model, innovation not only drives drug development, but ensures those drugs can contribute to the general well-being. In fact, many of Pharma 3.0´s basic tenets were adopted by the Cuban biomedical ecosystem long before this new business model was conceived.

CUBAN BIOPHARMA PART OF A BROADER PLAN
Neither the achievements of the Cuban biopharmaceutical industry, nor its existence, can be explained without considering the industry as being part of a broader strategy, aimed primarily at finding cost-effective solutions to local healthcare. Cuba’s biotech success in accomplishing this goal has made it possible for Cuban companies to further capitalize their achievements into commercial opportunities by entering the global market as low-cost producers of high-quality products.

The Cuban industry has a history of developing and manufacturing many innovative products. Indeed, the inception of the Cuban biotech industry is linked to Interferon (IFN-), the first recombinant product obtained by a group of Cuban researchers in 1981 after receiving training in Houston and Helsinki, Finland. Cuban scientists quickly grasped the benefits of this substance for treating internal bleeding caused by dengue fever, a disease that was seriously hurting the country during the 1980s.

The same goes for VA-MENGOC-BC, the first commercially available vaccine for serogroup B meningococcus. Developing the product became the priority for the health system after a severe epidemic of meningitis reached frightening heights in Cuba from 1982 to 1984. Add the stories of Quimi-Hib, the world’s first synthetic vaccine against Haemophilus influenzae type b, or Heberprot-P, a novel and unique Cuban biomedicine for treating diabetic feet, and you will find the same kind of commitment toward improving health outcomes.

Cuba’s biotech industry is based on a deliberate integration agenda. First, the most important companies of the sector work following what industry officials call a closed loop, which means the in-house completion of all products’ development phases. At the same time, almost every product developed by the industry is the result of joint efforts of several companies. There is no way of achieving such levels of cooperation without honest willingness to share everything: equipment, key personnel and commercial information, clinical data, and so on.

But the sector’s integration efforts, from the beginning, went beyond the idea of promoting cooperation within and among commercial companies alone. The inclusion of research organizations, universities, the whole health system, and government regulatory authorities has also played a crucial role. These efforts provide the foundation of the Cuban experience and are consistent with one of the fundamentals of Pharma 3.0, namely, to promote the capacity of a diverse set of stakeholders to be open and learn by connecting diverse datasets that allow the creation of common pools of information.

THE ROLE OF REGULATORS
The role of the regulator within the industry is one of the key aspects of broader integration efforts. For example, the issue of pooling data raises the question about standards, whose absence undermines the ability to collectively analyze the shared information. This calls attention, as the Pharma 3.0 paradigm acknowledges, to the need to engage regulators in the making of regulatory regimes that allow different assets and insights to be gathered in real time through more flexible approaches.

That means that stakeholders and regulators need to work together. This has been the case with Cuba’s regulatory bodies, which operate under the authority of the health system and are responsible for overseeing drug registration, manufacturing, and clinical trials. Working in an environment of communication and transparency with regulators has helped align interests and common values in the development of data standards and has also enhanced public trust.

Cuban health ideology is based on the fundamental principle that healthcare is a right for all citizens and a responsibility for the state. When something goes wrong, nobody fares well, so there is a strong incentive among all stakeholders to make it work. The result is a complex network of organizations created by the state, of which the biotechnology industry has become a consubstantial element.

Part 2 of this article will appear in our June issue.