Is The Open Office Concept An Idea That Should Have Been Killed? 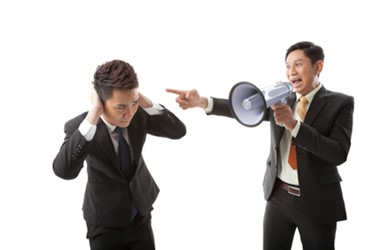 A few years ago I attended an International Society for Pharmaceutical Engineering (ISPE) annual meeting. One of the sessions that caught my attention involved a presentation on a new open-office space at a top 10 Big Pharma. At the end of the presentation I asked, “How do the employees feel about the space?” “They love it,” came the confident response. “How do you know they love it?” I inquired. “Did you conduct a baseline survey to gauge how the employees felt about the space before it was implemented, along with several subsequent surveys to accurately determine how much they were growing to love it?” I wasn’t surprised to learn that the answer to my question was a resounding no.

A couple years later, I called a VP-level executive at a top 3 Big Pharma. We were having an informal discussion about ideas for articles. But upon their answering the phone, I remember this person saying, “Hold on for a minute while I move to a quiet area because this open-office space works so well.” The comment dripped with sarcasm. Once they got to a “quiet space” we chatted a bit about their open-office experience. Suffice it to say, they were not a fan. Neither am I, and I don’t even work in one!

Don’t Get Too Used To Having Your Own Desk

I was reminded of these experiences recently while reading “Don’t Get Too Used to Your Own Desk” by Sue Shellenbarger in the Thursday, May 17, 2018, edition of The Wall Street Journal (WSJ). The article describes how employers are replacing traditional one-desk-per-employee setups with a smaller number of first-come, first-served desks, plus additional workspaces with names like “huddle rooms” and “touchdown spaces.” According to a survey of 138 employers by the real estate services firm CBRE and CoreNet Global, a real estate professional group, some 25 percent of employers are placing at least some employees in unassigned seating, and 52 percent of the rest plan to do so in three years. Such statistics beg asking the following question: Have people, excuse me, executives (responsible for making such decisions) lost their freaking minds?

There are a variety of justifications and rationale provided for why the open-office concept makes sense. But from my perspective, most seem geared toward benefitting the employers’ bottom line, not the other B.S. they are trying to sell you on. Consider this. Unilever recently consolidated several offices into one redesigned space at its U.S. headquarters in Engelwood Cliffs, N.J. The result is about 1,500 employees now share 1,200 desks and other work space. In other words, the company is using significantly less office space to house the same number of employees. And while companies claim that the open-office concept can boost innovation, improve creative thinking, and make it easy for teams to work closely together, they have down sides as well. For example, research has shown that in open offices people are 15 percent less productive, have immense trouble concentrating, and were twice as likely to get sick. There’s a big reason we like walls and doors that shut — focus. Did you know that small distractions can cause people to lose focus for upwards of 20 minutes!

Donna Burnell, SVP and managing director of enterprise workplace services for Fifth Third Bancorp, stated in the WSJ article, “We have five generations coexisting in the workplace, from the traditionalist who has aspired to a corner office for their entire career, to the millennial who couldn’t care less where they sit.” I’d like to know what research she is using to make the assertion that millennials “don’t care where they sit.” Look. I get it. There are obvious differences between generations. However, some of those differences are driven by where they are in their life stage. For example, millennials currently range in age from 22 to 37-years of age. The median age of first marriage rose to 29.5 for men; for women, it reached 27.4. This could explain why millennials “might” be more open to sitting anywhere, for they are in full on mating mode! Another reason they “might” not care where they sit is the majority make less than $25K a year. Meaning, they are most likely entry level and probably pretty darn happy just to have a job. But I wonder how their opinions regarding the open office format might change as they shift from being single, to dual income no kids (DINKS), to married with children, and so on.

Burnell goes on to say that she encourages resistors to see the redesign as bringing the comforts of home into the office, with multiple choices of seating and décor. I don’t want to seem rude, but these are the words of someone who has drank too much of the open-office concept Kool-Aid. There are 168 hours in a week. The average person spends about 56 of those sleeping. Adults employed full time tend to work (on average) about 47 hours per week. This leaves 65 hours, 48 of which (assuming a typical five-day work week) is likely a person’s weekend. So unless you plan to bring in power lawn equipment, hammocks, beds, and kitchen tables, it isn’t likely the new open office décor will look very much like what we experience at home.

There Are Reasons To Resist Open Office Platforms

A 2014 article, “The Victims Of Open Offices Are Pushing Back,” notes how a group at Microsoft decided to buck the open-office trend. They determined they could be most productive in their own small offices. When they need to collaborate, they simply open their doors and roll their desk chairs into the corridor, which they have dubbed the hallway of knowledge. What I found most insightful from this article is that employees were actually asked for input about the open-office concept prior to adoption and were afforded the flexibility of not having to go along to get along. I would doubt most employers opting to go with an open-office concept take such an approach. While I understand that employees should be thankful that employers are providing them with a job, it is important to remember that it goes both ways. Employers should also be thankful when they have highly productive employees.

There are a number of reasons why I’m not a fan of the open-office concept. For one, I feel it treats employees less like a person. Let me ask you this: When an employee leaves work, where do they eventually go? The answer is, they go home. And whether it’s a house, a condo, an apartment, a duplex, or a flat, it is still a home base. Here’s an interesting factoid from The Wall Street Journal article that other employers should pay attention to: “Unilever has long had a policy allowing employees to work from anywhere (e.g., their home), but the shift to unassigned seating has led to more use of the policy.” In other words, if you take away an employee’s home base in the office, they will likely prefer to work from their own home base at home. And if the point of going open office was to increase interoffice networking among work colleagues toward increasing employee retention and productivity, and whatever else, well then didn’t Unilever just shoot that plan in the foot. If more people are opting to work from home, this data is telling you that the open-office concept isn’t for everyone, and by forcing it on all, you are likely not improving employee job satisfaction and productivity.

Another reason I don’t like the open-office concept is, to me, it feels more socialist in nature (i.e., everyone’s equal). As we live in a capitalist society, I am not a fan of such concepts, for the reality is, not everyone is equal. Not everyone can play basketball like LeBron James or hit a tennis ball like Venus Williams. And because LeBron and Venus tend to outperform most of their peers, they also tend to make more money than their peers. Yes, we should have equal pay for equal work. But we all know that some people do work harder than others. Some people do come in earlier and leave later. Some people do have a stronger work ethic and are more driven to succeed while others are happy just getting by. Want to really boost productivity? Go to an unassigned-desk program at your company, and then, after a while, offer people with the highest productivity the opportunity to have their own desk or office. I am willing to bet that you will see a significant jump in productivity for those who aspire to also have their own home base at work. Better yet, just kill the open-office concept before it ever gets implemented, for I believe this to be a fad, and a bad one at that. However, if you are truly committed to going the open-office route, take a moment to read this 2018 Harvard Business Review (HBR) article — “How to Make Sure People Won’t Hate Your New Open Office Plan.”