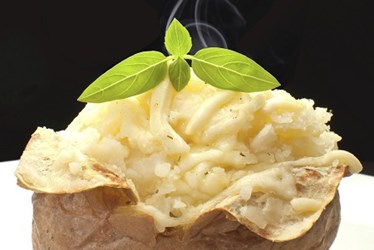 A recent Bloomberg Business article notes that Johnson & Johnson will ask an independent panel to recommend which patients get a breakthrough drug that is still under development. While I applaud the leadership of J&J for coming up with what seems to be a fair, equitable, and ethical solution to try to contend with the phenomenon of desperate patients using social media to campaign for early access to medication, to me it feels more like a version of compassionate-use hot potato to tackle a problem nobody really wants to be associated with —being viewed as the bad guy for saying no to desperate patients. Perhaps the move meets the standard for ethical decision making, but I question how this or any other similar approaches meet the standard of being patient-centric.

Can You Have Ethics And Compassion?

The independent panel that will determine who can get early access to experimental drugs resulted from a collaboration between J&J and the division of medical ethics at New York University’s Langone Medical Center. Apparently, the approach will involve creating a panel of medical experts, patient advocates, and ethicists to establish a clear and fair method to distribute the drugs. Art Caplan, director of the division of medical ethics at NYU, will oversee the independent group known as the Compassionate-Use Advisory Committee (i.e., CompAC). “There will be none of this, ‘Call the governor, call your rich brother-in-law’ kind of thing,” Caplan stated in the Bloomberg article. “I understand why people seek out these drugs, why they go online and do everything they can to help their child or themselves.”  Of course, all of this underscores the challenges of applying ethics to scenarios that require compassion.

It reminds me of when Sarah Palin coined the term “death panel” in referring to how healthcare reform would lead to bureaucrats deciding which Americans were worthy of medical care. While the “death panel” term has been discredited, I wonder how creating an ethics panel to determine who does and doesn’t get access to potential life-saving drugs is any different than what Palin suggested would happen. According to the Bloomberg article, the advisory committee may use a lottery or randomized approach to recommend which patients should get treatment, potentially putting a priority on age, other ailments, or using test results to determine who is sickest or conversely, most likely to benefit. “Everybody can’t get the drug. There just won’t be enough of it,” Caplan stated. “We have to let this experienced group have a go at it. I want people to trust the panel and believe they are honest brokers.” Sure, we have made the process fairer, and perhaps we can even check the “more-ethical” box, but that doesn’t offer any solace to the suffering.

Where It All Started

While many people may think the compassionate-use ethical dilemma began with Chimerix and Ken Moch, the company’s former CEO, and the social media masses, ironically, it really began because of one person — Abbey Meyers.

A Connecticut homemaker, Meyers turned into a lobbyist when an experimental medicine that was helping her son was dropped because it didn’t seem profitable. If it hadn’t been for one squeaky wheel demanding to be greased and pleading her case to Congressman Henry Waxman, resulting in the 1983 passage of the Orphan Drug Act (ODA), it is not very likely companies like J&J, Genzyme, and other rare disease drug developers would have ever embarked on developing drugs for underserved patients.

As ODA has demonstrated, when it comes to drug development, you get what you incentivize for. Conversely, as Ken Moch can also attest, no good deed goes unpunished. What is telling is that J&J felt compelled to create a pretty good solution to an extremely difficulty problem. I, for one, will be eager to see how this all plays out. For despite the claim that this committee will remove favoritism from the compassionate use equation, if someone like Sasha Obama was in need of a drug being managed by CompAC, do you really think strings would not get pulled?

Not long ago I showed up to a pharmacy to have a prescription for a drug that went generic over five years ago (pantoprazole) and was informed it was on back order. At the time, many of the generic manufacturers (i.e., Actavis, Aurobindo, Mylan, Teva, and Torrent) could not provide a reason for the drug shortage. Award-winning journalist and author, Phillip Zweig, would tell you the reason why we are seeing a rise in drug shortages of even those that are most basic, is because we, the masses, have left the decision making to the “so called experts.” In 1987, Congress passed a statute called the Medicare anti-kickback safe harbor provision. “The safe harbor exempted GPOs [group purchase organizations] from criminal penalties for accepting kickbacks from vendors — kickbacks that would be unlawful in virtually every other American industry,” writes Zweig on the Physicians Against Drug Shortages website. In other words, the enactment of the safe harbor provision has made GPOs the only American industry to ever receive a Congressional exemption from criminal prosecution for legalized bribery. Of the estimated 361 drugs in short supply, most are sterile injectables administered in hospitals, outpatient facilities, and clinics, and include drugs that have been saving lives for decades. According to Zweig, doctors and hospitals have been rationing drugs for years, and that these chronic and artificial shortages are the result of the anti-competitive contracting practices of the $300+ billion hospital GPO industry.

Perhaps we can get Professor Caplan to apply his medical ethics expertise to fixing this, a much more pressing problem in delivering outcomes-based patient care to the masses.