A common complaint I hear from patient advocacy groups has to do with the lack of follow-up with patients after the conclusion of a trial. Patients often never hear back from the company conducting the study or learn of the results. Some companies have struggled to find a solution, while others have started providing data to patients at the end of the study. Janssen has taken that notion to the next level: It is attempting to make patient data available to participants while the trial is underway.

When first considering this change, Andreas Koester, MD, Ph.D., global head, R&D operations innovation at Janssen, notes his team had a lot of questions. First, they wondered why no one else was doing it. That got them wondering about the rationale behind doing it, and if the action would be valuable to patients.

“When you look at clinical trials today, you know that they are less than ideal. Costs are high, timelines are too long, and patients often feel their voices are not heard in the planning process. Of course, there are a million things sponsors could do to address the situation,” Koester says.

To improve the process, one of the first things Janssen did was help create the Investigator Databank (along with Merck and Lilly) to share data among pharma companies in a way that met all legal and regulatory requirements. The databank shares investigator information that companies have on file in an effort to reduce the administrative burden for investigators and increase the visibility of qualified investigators to sponsors. 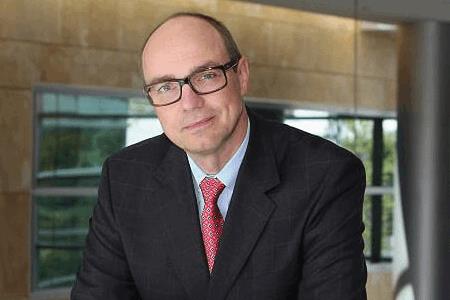 "Even if only some data – like lab values – can be shared during the ongoing trial, this will give patients actionable healthcare information and make them the partners they want to be."

PATIENTS ARE DRIVING INNOVATION
One concern is that offering patients a look at their data at the conclusion of the trial may be too late. Many patients have multiple health issues for which they see other providers in addition to the trial investigator. Trials have to be kept blind, which means not everything can be shared, and this concern has kept many sponsors from sharing any information with patients. But Koester notes this approach would not work for much longer. Healthcare is changing, and patients expect more information to become active participants and decision-makers in their own healthcare.

One event, however, convinced Koester that the pendulum was swinging in the direction of patient rights and greater data transparency. In 2014, the FDA amended the Clinical Laboratory Improvement Amendment (CLI) of 1988, thereafter giving patients the direct access they desired. Patients just needed to request the data. Prior to that, information had to go through physicians, as it was felt patients could not properly interpret the data.

“That was a watershed moment symbolizing the direction of where clinical care was going,” says Koester. “Patient empowerment was a real thing. HealthIT.gov, in that same year, proposed the notion that in the future, patients would be the owners of their data. Providers could no longer keep it in silos and inaccessible.”

A few other events also helped usher in this paradigm change. First, the VA developed the Blue Button standard, enabling all patients in their care to have access to data when visiting other hospitals, clinics, or caregivers. Then the Society for Participatory Medicine noted patients would be less of a passenger in their healthcare and more firmly planted in the driver’s seat. Finally, Eric Topol released his book, The Patient Will See You Now (2015), another indication that healthcare trends were moving toward increased patient empowerment.

IT’S MY DATA, NOT YOURS
At that point, Koester was wondering what all of this would mean to the clinical trial industry. “It was clear to me that something would have to change,” he says. “Suddenly, a patient could go to their doctor, know what is going on, and have an open discussion. But when participating in a trial, pharma is telling them that here, everything is different and we can’t tell you anything. There is no way that model could continue to work. It would clearly have a huge negative impact on future trial participation.”

With those insights, Janssen went to a number of patients who had participated in a trial and asked if they would be interested in seeing their data and having access to it during and after the trial. The response was overwhelmingly positive. Not only did patients want their data, they noted the information came from their bodies, they owned it, and they felt they had a right to it. They also made it clear they did not want to wait a year after the trial to find out if they were on the drug or to find out the results of the trial by reading a medical journal.

But one problem remained: How do you give patients their data yet still ensure the clinical trial remains blinded? Would the data sharing risk unblinding the trial or adding bias to the study outcome? If so, what could Janssen do about it?

Ultimately, the approach the company decided on was simple: You will never be able to give patients all of the data collected, but don’t let that keep you from sharing any of it. The company would consider, at the outset of the trial, what data can be shared with patients. Then, by sharing that information, pharma can better engage with patients and allow them to feel more like a partner than a subject.

“We believe this is simply a first step,” notes Koester. “I envision a future where we start defining which data can safely be shared when we are in the process of designing the protocol. Even if only some data — like lab values – can be shared during the ongoing trial, this will give patients actionable healthcare information and make them the partners they want to be.”

WILL REGRET ENSUE?
Pharma has always been, and still remains, a conservative industry. And any company contemplating this type of change will have concerns about repercussions. Still, Koester remains positive and seems to have effectively mitigated the risks in cooperation with experts in legal, privacy, and regulatory departments.

“Right now, I do not see anything that would make me regret this decision,” he states, rather confidently. “I am convinced this [sharing of information] is the direction in which healthcare is moving. Clinical research either has to evolve in the same direction or risk having studies become even more difficult to perform in the future. That is a risk we cannot afford to take.”

Although confident, Koester notes there will be many challenges; figuring out how to operationalize the decision will be difficult, considering no one has done it before.

Even though Janssen now has a logistical framework hammered out, it took two years to figure out the specifics of patient privacy, informed consent, and the mechanics of online data access. It was also a challenge to get everyone in the company on board, from the executive management team down to the chief medical officer. They all had to believe that, in the long run, the effort would be a good investment for the company.

"When you look at clinical trials today, you know that they are less than ideal."

Janssen is now in the first pilot program rolling out patient data access in a large-scale, multinational Phase 3 trial. Thus far the reaction to the effort has been varied. Last year when the idea was presented at The Conference Forum’s Patients as Partners conference, representatives from the FDA applauded it, patients embraced it, and pharma attendees asked, “How is that even possible?” and said it couldn’t be done. But Janssen believes that once every company incorporates a similar approach, all patients will benefit. Koester predicts patients will continue to talk about their trial participation and will even measure lab values on their own. No one wants to be kept in the dark. Pharma can put its head in the sand and pretend these things are not happening, or engage patients and ask what can be done for them.

“The dream is to have a system in place where every patient in a trial can access their data without unblinding or inserting bias into the trial and directly access information at the close of the study to determine if they were on the drug or the placebo,” Koester explains. “The government is mandating a layman’s summary of the results by the beginning of 2018. We want to go a step further. We want patients to get that summary, but also see where in the dose-response curve they fit and how they improved or deteriorated while being on the drug or placebo. This is all just a small first step toward more patient participation and empowerment.”