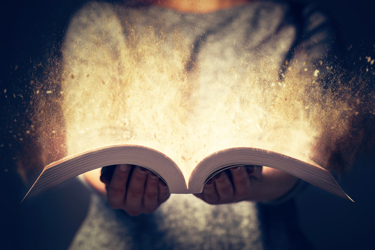 This two-part article series explores some of the unanswered questions raised in these two cases. In the first part, Genentech v. Amgen was discussed. Here, part two delves into the remaining questions following Janssen v. Celltrion.

The district court granted summary judgment for Celltrion because “Janssen ha[d] not produced sufficient evidence to prove that the scope of the equivalent would not ensnare the prior art.” Ensnarement is a legal limitation on the doctrine of equivalents that prevents a patentee from obtaining patent coverage on subject matter “which he could not lawfully have obtained from the PTO by literal claims.” Wilson Sporting Goods Co. v. David Geoffrey & Assocs., 904 F.2d 677, 684 (Fed. Cir. 1990). In other words, as the district court noted, a “patentee cannot assert a right to a monopoly that is so broad that such claims, if included in the patent application, would not have been patentable over prior art.” The patentee bears the burden of proving that it is entitled to the range of equivalents it is seeking and must prove those equivalents do not ensnare the prior art. See Jang v. Bos. Sci. Corp., 872 F.3d 1275, 1287 (Fed. Cir. 2017).

To assess whether Janssen’s equivalents assertion ensnared the prior art, the district court conducted a two-step “hypothetical claim” analysis. First, the patentee is required to identify a hypothetical patent claim that would cover the product accused of infringement. Second, the prior art is assessed to determine whether the patentee can prove that such a hypothetical claim would be patentable over the prior art. The district court found that the hypothetical claims identified by Janssen and Celltrion would have been obvious in light of two pieces of prior art, which contained most of the ingredients of the claimed culture media. The few claimed ingredients not disclosed in those references were known in prior art as interchangeable for the included ingredients and would have been predictable variations on the prior art. Thus, the district court found ensnarement to apply and found that Celltrion’s accused product did not infringe under the doctrine of equivalents.

The Federal Circuit’s Rule 36 affirmance of the district court’s finding of non-infringement based upon Celltrion’s ensnarement theory suggests that ensnarement can be a useful tool for biosimilar developers seeking to combat broad assertions of infringement under the doctrine of equivalents. Prevailing on such a theory on summary judgment is particularly striking and suggests that even though the ensnarement analysis essentially requires many of the same factual inquiries as an obviousness invalidity analysis, biosimilar defendants may be able to prevail on this theory on a summary record if the undisputed facts show significant overlap between the proposed range of equivalents and the prior art. Reference drug sponsors should proceed with caution when asserting infringement under the doctrine of equivalents and constructing the hypothetical claim that would encompass the accused equivalent(s).

The focus of Janssen’s appeal was whether the district court erred in conducting its obviousness inquiry for the ensnarement analysis because it failed to demonstrate a motivation to combine the prior art references, specifically in light of evidence of teaching away. The two primary references relied upon by the district court, Janssen argued, were obscure and “that a skilled artisan seeking to develop an improved cell culture medium would have had no reason to select either [] references” and instead “would start elsewhere [] with one of the so-called ‘classical’ cell culture media.” The only basis for this decision was hindsight Janssen said. The district court, however, rejected Janssen’s arguments that it was required to apply the “obvious to try” or “lead compound” frameworks, which would have required showing (1) motivation to combine the prior art and arrive at a reasonable expectation of success or (2) that the prior art was a preferable starting point. Instead, the district court applied the following standard: “[I]f a person of ordinary skill can implement a predictable variation [of a prior art reference], §103 likely bars its patentability.” Despite eschewing the need to establish a specific motivation to combine the two obscure prior art references, the district court determined that a person of ordinary skill in the art would have been motivated to substitute the known interchangeable ingredients because of: (1) the need to solve the same known problem that Janssen’s patent was directed toward; (2) the obviousness of swapping out the ingredients for cost and convenience considerations; and (3) the desire to optimize the formulations described in the prior art to “achieve better growth with his or her particular cell line of interest.”

The Federal Circuit’s affirmance of the district court’s motivation analysis appears to expand biosimilar litigants’ ability to defend against doctrine of equivalents attacks, but without an opinion it remains unclear how broadly the Federal Circuit may be willing to apply the ensnarement doctrine in other factual scenarios. In pursuing its infringement case, Janssen alleged that Celltrion infringed its cell culture medium despite differing concentration levels because these differences were “not substantially different” from those in the patent. This argument opened the door for Celltrion to posit that the differences in the prior art references were also not substantially different from the patent because the prior art taught that these ingredients were interchangeable. In preparing for an infringement case on the basis of doctrine of equivalents, both parties should carefully analyze the prior art teachings to assess whether an ensnarement defense is viable and ensure such arguments are preserved for trial if necessary.

John Bennett, a partner in Goodwin’s IP Litigation Group, has tried high-stakes disputes involving intellectual property and complex technology for 20 years. He has represented both plaintiffs and defendants in numerous patent cases related to the life sciences, including disputes under the Hatch-Waxman Act and the Biologics Price Competition and Innovation Act. Bennett’s engagements have included trial representation before various federal courts and the Patent Trial & Appeal Board, appellate representation before the Federal Circuit and other courts of appeal, and work on numerous patent and trade secret cases involving a variety of technologies. He earned his B.A. from Dartmouth College and his J.D. from Boston College Law School.

Brian Drummond is a partner in Goodwin’s IP Litigation group and focuses on patent matters, with a concentration on pharmaceuticals and biotechnology. He is an editor and contributor to the firm’s award-winning biosimilars blog, Big Molecule Watch, and its recently published Guide to Biosimilars Litigation and Regulation in the U.S. (Thomson Reuters, 2019).  Drummond has participated in all phases of patent litigation, including pre-suit investigations, fact and expert discovery, and several trials (district courts and Federal Circuit). He has been involved in inter partes review proceedings and also counsels clients regarding litigation strategy.

Kline Haydel-Moore is an associate at Goodwin Procter LLP, focusing on patent matters. He has prepared and drafted various presentations and articles relating to the life sciences and agri-tech industries. Kline has assisted in the representation of parties in various phases of patent litigation, including pre-suit investigations, fact and expert discovery, and trial.