Lessons In Collaborating With Big Pharma

Any small biopharma knows the importance of collaborating or partnering with larger companies and academic institutions. But where do you start, and who should be involved? And what kind of risk should you take on?

Stephen Isaacs, chairman, president, and CEO of Aduro Biotech, has faced these questions numerous times since launching his company in 2008. After all, Aduro’s main focus — finding cures for cancer and other autoimmune and infectious diseases — is in one of the hottest segments of the industry today and one rife with partnerships and collaborations.

“As a small company [approximately 175 employees located across two sites in Berkeley, CA, and the Netherlands], partnerships and collaborations are very important to us,” says Isaacs. “Regarding Big Pharma, we have partnerships with Janssen, Novartis, and, most recently, Merck. In addition, we work with a lot of academic institutions; we sign sponsoredresearch agreements in exchange for rights to IP.”

FINDING A PARTNER & SETTING YOUR PRICE
When seeking a partner, Isaacs and his team often start by giving presentations at key industry meetings and conferences, which help get their most-promising molecules and data in front of individuals from larger companies. The ASCO Annual Meeting is one such conference in the oncology space. It was at another conference where Aduro’s chief scientific officer, Thomas Dubensky Jr., Ph.D., gave a presentation about the company’s STING Pathway Activator platform technology, an area of research that holds great potential for the treatment of cancer. The presentation was standing room only. After the presentation, Dubensky was greeted with interest from multiple major pharmaceutical companies hoping to learn more about Aduro’s program. Eventually, that interest morphed into partnership negotiations.

“When you have that kind of demand for your technology, multiple interactions with multiple companies help you determine the right price to ask,” states Isaacs. “I wrote to each of the interested companies and told them it would cost at least $100 million to sit down at the table. I noted if they were not in the game at that level, we did not want to waste their time. Every one of them came back to us and wanted to talk further.” Ultimately, he inked a $750 million deal with Novartis that included a $250 million up-front payment for what was, at that time, a preclinical asset.

WHEN TO SELL? WHEN TO PARTNER?
Generally speaking, the further you can take the research, the better the deal you will be offered in terms of up-front payments, milestone payments, and royalties. But you also have to be aware of the inherent risks. While more data could render a more lucrative deal, not all product candidates make it, and the further you take the molecule, the greater the odds that you will collect data that does not support the primary endpoint.

Isaacs says one of the most difficult decisions to make is deciding when is the right time to sell or partner. The options are:

“Most of the molecules we pursue in biotech do not work. That is a fact of life. Sell too early and you might get less than you deserve. But wait too long and there is a chance you will get nothing at all. That is a reality you have to consider.”

Having encouraging clinical data (Phase 1 or 2 safety or efficacy data) can lead to even more opportunity and, according to Isaacs, bigger checks, which is critical to supporting further development. Because of the time and cost of drug development, getting a partner prior to a Phase 3 study is a goal for many companies.

“Phase 3 trials tend to be very expensive,” says Isaacs. “And with Phase 3 trials, it’s not just the cost that companies should consider. Subsequent to a Phase 3 trial, the company might get FDA approval. Therefore, companies also need to consider the cost of marketing, sales, and distribution, as well as whether a partner will be needed to help with that endeavor. Companies like Merck, Novartis, or BMS have that well-established infrastructure in place. For many small companies, building that capability would be a daunting task.” 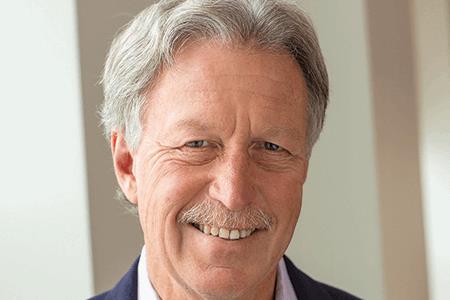 "Sell too early and you might get less than you deserve. But wait too long and there is a chance you will get nothing at all."

WHAT ARE THE RISKS?
In striking a deal with a large company, the biggest risk faced by the smaller company might be agreeing to a deal that gives up too much. Regarding the deal Aduro struck with Janssen in 2014, some might question whether the company gave up a valuable prospect in the areas of lung and prostate cancer. Isaacs has a different take on it.

“There are over 200 different types of cancer,” says Isaacs. “Lung and prostate cancer are two major indications, but any success Janssen has in those indications will help our overall lab portfolio and, importantly, patients who need new therapeutic treatment options. Additionally, the cash we receive from this deal, which totals up to $817 million and $365 million, respectively, in up-front and milestone payments, goes toward supporting all of our development efforts. You worry about giving something up too early, but although your slice of the pie is smaller, the deal will hopefully make the pie much bigger.”

IT’S RELATIONSHIPS THAT REALLY MATTER
No deal comes together without first putting in place the right team. Generally, a clinical team and a business development team collaborate. After an initial meeting or discussion takes place at a conference, the development team will get involved. This team also performs a lot of the contract work. The clinical teams from both companies will meet to discuss patients, protocols, and trial conduct.

Isaacs stresses, though, that it is not the business development department that makes these deals a reality. “There needs to be a scientific champion at the big company pushing for the technology. Without that, most of these deals would not happen.”

At Aduro, the development team puts a lot of effort into determining the fit between the two companies. “You always have to worry about relationships,” says Isaacs. “You can have the best contract in the world, but if the people don’t get along, you will have very real problems. I will always approach things first from a relationship point of view and second from a contractual point of view.” With respect to the “cultural” differences between large and small companies, he adds, “I think it is too simplistic to say your cultures need to be the same. I have found the culture in two companies will always be different, especially when you are dealing with a large and a small company. It boils down to mutual respect between the individuals involved at the medical, scientific, and clinical levels. Half the battle is getting the personnel involved to respect everyone’s opinions. If you have that, you can work through anything.”

If Isaacs rejects a deal, it is likely for financial reasons. That said, a number of nonfinancial-related concerns may cause him to pause and reexamine an offer before signing on. For example, the culture of a potential partner might cause him to question whether there could be issues regarding control or direction over the trial. Additionally, in many companies, certain individuals wield a significant amount of power. If during the course of negotiations he or his team gets an indication that a particular individual across the table could be problematic, this might be cause to walk away. He says many of those battles are ones you simply do not want to fight.

Most deals include escalation clauses that outline the steps to be taken to resolve issues that may arise. While the initial responsibility falls within the purview of a joint steering committee, issues that can’t be resolved will be advanced to a designated individual at each company for review. At Aduro, that person is Isaacs. “If necessary, I and my counterpart at the other company will sit down over a glass of wine and resolve the problem,” he states. “I have yet to encounter an issue we have not been able to solve. The best advice I have is cooperating and communicating with your partner every step of the way. People tend to be very reasonable when the difficult decisions can be made jointly.”