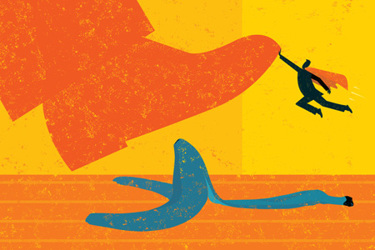 Chemistry, manufacturing, and controls (CMC) has always been a critical element of manufacturing pharmaceuticals and moving therapies toward commercialization. In order to manufacture a pharmaceutical, the product must be safe, effective, and consistent among batches. Specific manufacturing processes, product characteristics, and product testing must be defined to ensure requirements are met. These activities are collectively known as CMC; all stages of the drug development life cycle after drug discovery involve CMC.

Burgeoning demand fuels the incentive and the pressure to produce more products and bring them to market, but releasing substandard products without the proper scientific and analytical controls can result in a clinically driven market nightmare. What seems like a minor deviation can cost millions of dollars when supplies are impacted or lead to recalls. Strategies that ignore the implications of these facts and cut corners on the early stages are risky and penny wise but pound foolish.

How can pharma and biotech companies establish controls to minimize deviations? What are the critical considerations and controls that should be established early on — before issues develop? The short answer: a thorough risk assessment with a focus on CMC. In other words, “measure twice, cut once.” An illustrative example of a company that failed to heed this admonition follows.

A midsize biotech was in the process of moving its drug toward commercialization, hoping to partner with Big Pharma prior to launch. After investing tens of millions of dollars, the development hit a snag. During the production of clinical trial materials, due to an error in operating instructions, an operator charged twice the required amount of a reagent. As a result of this, the volume of the quenching reagent needed to be doubled into a reactor that no longer contained sufficient volume. The batch was partially quenched, then a portion drummed and quenched to open up reactor volume to complete the unit operation. The error should have been caught during batch record review, but it wasn’t. Worse still, the error had been caught on a previous version of the batch record but not updated. The outcome of the batch was an out of specification (OOS) intermediate that had to be reprocessed to meet quality standards.

What is the cost of this mistake? The immediate cost is time: time spent on an investigation, time where the plant sits idle, and time that could be better utilized on other activities. You can put an actual dollar value on all this time.

The investigation of a deviation such as this will involve both CDMO and sponsor resources. In this case, the root cause was easily identifiable; others require more time, as well as laboratory experiments, to get to the answer. Having a plant sit idle costs money as well: costs accumulate to maintain the facility, costs that are implicit in every proposal. Finally, opportunities are lost at the sponsor and the CDMO because the human resources are not available to advance other business goals. It is easy to see how the total cost of not checking the batch record for accuracy cost more than $250,00o once all the costs were added up. Had the batch ultimately been rejected, the cost could be well over $1 million.

Best Practices: How To Avoid A Similar Outcome

The new quality paradigm for pharma, as defined by the ICH Q10 guidance, is a risk-based framework. Organizations are encouraged to move beyond the use of GMP checklists to embrace quality management practices that encompass the product development life cycle.

What are the primary lessons to be learned from the unfortunate and all too common mistakes made in the case study? More importantly: How could it have been completely avoided?

There are many well-known risk assessment strategies. Some are quantitative, while others are purely qualitative, but most incorporate both elements. It is incumbent on all parties to define and choose the process proportional to the level of perceived risk and the appetite for risk.

One common approach to risk assessment manufacturing is a combination of Ishikawa (fishbone) diagrams and failure mode and effect analysis, though there are arguments for simpler methods as well.1 The assessment can be broad, such as an entire process step, or more directed, such as the risks associated with introducing a new version of batch record.

In the highlighted case, it was noted that a previous version of the batch record had a handwritten notation of the wrong calculation. Unfortunately, no corrective and preventive action (CAPA) was created to record the correction (a serious process error). The correction was “supposed to” be updated with the next version of the batch record, but as luck would have it, there were other changes that were incorporated as well. During the review, the focus was on the changes to scale and equipment, and the editorial change to the material charge was missed by no less than four reviewers between the CDMO and the sponsor. A properly executed CAPA plan would have not only noted the mistake but created a historical record to ensure correction of the problem. But even without a CAPA, the reagent charges should have been double checked against the previous batches and the regulatory filing. A simple checklist of items to complete when creating a new batch record would have mitigated the problem.

Lesson #3: The less humans interact with the batch, the less chance for error.

Most deviations that are encountered in routine manufacturing are often preventable and very costly. The human error deviations are perhaps the most frustrating examples:

Avoidable plant and equipment errors are also a source of consternation:

Human error is inevitable. To prevent or minimize human error, implementing engineering controls whenever possible can be effective. Procedural controls, such as second operator verification, can be beneficial as well. Finally, continual training is a must to avoid complacency among the manufacturing staff.

To quote Forrest Gump, “It happens.” There is no path to eliminating all deviations. Some are minor, such as document formatting errors, while others are major, such as slightly overcharging a reagent, and some can be catastrophic, like charging the wrong reagent.

Risk assessment with an eye toward minimizing deviations is a critical component of a well-planned and documented manufacturing campaign. An initial and thoughtful investment in risk assessment allows for a deeper level of understanding and oversight and the greatest chance for success. Every potential problem or area cannot be given the same level of attention, so a risk assessment allows you to focus on the risks most likely to be problematic, allowing for appropriate resource allocation. The benefits of this targeted approach are a streamlined development process and seamless due diligence. The most elegant solutions sidestep the problems you never see coming.

Brian James is the chief operating officer at Rondaxe Pharma. After earning a Ph.D in organic chemistry at UC Santa Barbara and an NIH fellowship at Colorado State, he has spent more than 20 years in the pharmaceutical industry. With broad ranging expertise from process development to quality assurance, he had been assisting clients to bring novel treatments to market.

Shelly James is the senior director of technical operations at Rondaxe Pharma. She obtained her Ph.D. in chemistry at Syracuse University and has years of experience in radiopharmaceutical chemistry, process development, GMP compliance, and business communications. Shelly has worked in molecular imaging and has diverse experience in environmental chemistry, analytical chemistry, and executing governmental contracts. She has written multiple publications and grants, and has volunteered extensively in the field of STEM education for children from underserved areas.