Rhode Island’s life sciences ecosystem stands at a crossroads. Determined to make a mark as a regional player, it must assemble the right mix of research assets, sufficient infrastructure, and sources of external investment to enable it to stand out from the crowd and attract talent to the Ocean State. Once that engine is engaged, its advocates say, the pieces should fall into place.

The smallest state in the U.S. is trying what few other regional hubs have attempted — to create an ecosystem sandwiched between the behemoths of Boston and NYC that is based on the principle of in-state research spawning homegrown startups. Other ecosystems — Boulder, Miami, Houston — are relatively isolated in their parts of the country, lacking proximity to Big Pharma or to a sizable academic research sector. Rhode Island (RI) has all that, plus a rich, albeit concentrated research base.

UNIQUE ASSETS AND BENEFITS
Brown University and the University of Rhode Island (URI) anchor the academic research sector in RI. The state can also draw from the programs and talent at RI School of Design (RISD), Bryant College, and Johnson & Wales.

In December 2016, Brown signed a letter of intent to lease 50,000 square feet over 15 years as part of a 195,000-square-foot development project by Wexford Science & Technology in Providence’s Jewelry District. Brown’s Warren Alpert School of Medicine would join Brown’s business, technology, cybersecurity, and other professional programs at the space. The Cambridge Innovation Center (CIC), an RI incubator, would be a co-anchor with Brown at the Wexford innovation complex. CIC, which began in Kendall Square in 1999 and has since expanded outside Massachusetts, assists RI entrepreneurs in launching products and companies.

RI Secretary of Commerce Stefan Pryor says, “This innovation complex will be an engine within our new innovation and design district on the Interstate 95 land.”

Brown’s med school conducts a broad range of research. Pryor highlighted the BrainGate research collaboration, which includes Brown, Stanford University, the Providence VA Medical Center, Massachusetts General Hospital, and Case Western Reserve. The collaboration focuses on research at the brain-computer interface. “An idea is developed and refined at one site and then ‘shipped’ to a consortium partner where it’s independently validated by a different scientist in different trial participants,” says Dr. Leigh Hochberg, a professor of engineering at Brown and a neurologist at Mass General.

As a small state with a limited budget, RI has learned to collaborate in regional, multidisciplinary teams. Pryor envisions the state filling a specialized niche in the regional landscape, focusing on bioscience, health/wellness, health/technology, nutrition, software development, design, and textiles. In this model, RISD, for instance, with its human-centric design capabilities and programs in textiles, could join with the URI, which is conducting research into wearable biosensors in its Department of Electrical, Computer, and Biomedical Engineering. The result of that collaboration might enable patients in clinical trials to be continually monitored whether at home, at the clinical site, or at work.

RI’s challenge is to take stock of its research assets and figure out a unique way in which they might fit together that doesn’t recapitulate its larger neighbors to the north and south.

The state also boasts benefits such as a life sciences labor force (both youthful and experienced) and affordability. Graduates will stay and work in RI’s life science ecosystem if there are wet labs and startups waiting for them. In fact, that could also attract youthful talent from out of state, using the state’s beaches and historic sites as added inducement. 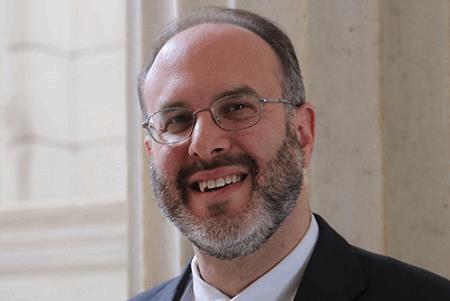 "This innovation complex will be an engine within our new innovation and design district on the Interstate 95 land."

Pryor stresses that the cost of construction, labor, and of doing business in RI is lower on a relative basis compared with surrounding states. And real estate, especially commercial, is approximately 50 percent less expensive than East Cambridge or NYC.

EpiVax. CEO Annie De Groot, M.D. established the TB/HIV lab at Brown as a center for immune-informatics driven vaccine design. EpiVax spun out from that lab in 1998. She has since moved her academic affiliation to URI where she established the Institute for Immunology and Informatics. The firm has an early-stage pipeline of 10 vaccine candidates, many of them based on proprietary Tregitope technology. It has been funded by SBIR and Biodefense grants, and in its early days, by the Slater Fund (an RI economic development fund that operates like a venture fund).

Prothera Biologics. Prothera develops Inter-Alpha Inhibitor Proteins (IAIP) to treat severe inflammation associated with infection and trauma. Its sources of investment include the RI Commerce Corp., NIH grants, and especially the Slater Fund, which recently invested $250,000 in Prothera, bringing its total investment in the firm to $950,000. Prothera’s pipeline is preclinical.

Agcore Technologies. Founded in 2010, Agcore specializes in human nutrition and animal feed. Its products, primarily fish feed, are based on Spirulina, a nutrient-dense blue-green algae. Its products are commercial. Investors include RI Commerce Corp. Agcore’s algae is also used in biofuels.

RI is also home to several big and midsize biotech companies. Amgen and Alexion maintain manufacturing plants in RI, as does Rhodes Technologies (a subsidiary of Purdue Pharma). The state sees a place in its ecosystem for large, out-of-state drug manufacturers.

J&J is in the process of opening a health technology center in RI, occupying space for 75 employees at 1 Ship St., across the street from the Wexford complex. The state has eased its entry with about $6 million in incentives including $4.1 million in qualified job tax credits. A J&J spokesman said it was attracted by “world-class universities,” government incentives including tax credits and access to job training, and proximity to airports and Amtrak.

GE will open a digital information technology center in Providence, hiring 100 data scientists, engineers, and other IT professionals. GE Chief Technology Officer Chris Drumgoole said, “With its unique location along the northeast corridor, Rhode Island gives us access to many of the assets we need for success.” The Providence site complements GE’s presence in the Fort Point section of Boston.

Virgin Pulse, a unit of Richard Branson’s Virgin Group, will expand its workforce in RI, adding 300 jobs and moving to a location in Providence. Virgin Pulse specializes in technology to promote wellness among workers.

Pryor points to J&J, GE, and Virgin Pulse as exemplifying RI’s strengths “at the intersection of IT and health.”

THE CHALLENGE
RI is engaged in a delicate balance between nurturing its homegrown strengths and tapping into surrounding regional strengths. Pfizer Groton lies to the south. Medtronic and Smith & Nephew have a sizable presence in the Cabot Business Park in Mansfield, MA, while Depuy is nearby in Raynham, MA — both towns lie near the RI border. RI is working closely with MassBIO to determine how the states can combine their strengths and grow a strong Northeast region.

But challenges loom. RI needs to build out lab space. And funding is an ongoing need. The state can help with incentives for infrastructure projects and with vouchers and tax incentives for RI startups, and big institutions like Brown can spin out technology and help fund big projects like the Wexford innovation complex. But RI recognizes that it needs venture funding. Boston VCs are too focused on East Cambridge to pay much attention to Rhode Island. The state would like to entice the venture arms of Big Pharma to seed-fund promising RI research — but for now, that’s aspirational.

RI’s plan is to exploit its research strengths at the convergence of bioscience and IT. It wants to launch therapeutic and device startups but also to lure additional Big Pharma manufacturing facilities. And it wants to integrate its research expertise in design, nutrition, engineering, and textiles. In fact, it feels like RI is in an experimental mode, seeing what works.

RI is clearly oriented toward the Boston-Connecticut axis. NYC, another emerging life sciences ecosystem, is more oriented toward the New Jersey and Philadelphia axis, home to Big Pharma. Perhaps the future holds an interconnected ecosystem spanning the Northeast from Pennsylvania to Maine?

The evolution of life sciences in the Northeast surely needs a push from state and private actors; but its eventual footprint will be determined by how the regional hubs develop organically over the next few decades. That’s anyone’s guess. In some form, RI will be part of that unfolding story.