China is an attractive pharmaceutical market because of its large and aging population, increasing urbanization, and growing affluence. It is also an appealing location for drug R&D and manufacturing, as labor costs are still lower than Europe and the United States. However, some companies are reluctant to work in this region because, along with India, China has had a less-than-perfect history for intellectual property protection, with a reputation for reverse engineering drugs to provide cheap copies. 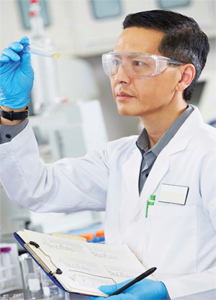 This is reflected by China’s late entry into the international intellectual property (IP) arena. China’s trademark law took effect in 1983 and its patent law in 1985, and the country became a member of the World Intellectual Property Organization in 1985. In 1986, China put legislation into place that defined IP rights in basic civil law, affirming a citizen’s right of authorship (copyright) for the first time. China became a signatory to the World Trade Organization’s Agreement on Trade Related Aspects of Intellectual Property Rights (TRIPS) in 2001, which requires members to regulate intellectual property.

Concern Number One: Gaining IP Protection In China Is Very Complicated
Many companies are worried that creating patents in China is a long or complicated process. However, this hasn’t been the experience of Nick Ede, Ph.D., executive director at the Australian drug delivery company Imugene. In May 2013, the Chinese State Intellectual Property Office granted a patent for Imugene’s drug delivery technology, Linguet, for the delivery of bisphosphonates to prevent the loss of bone mass in osteoporosis and multiple myeloma.

“I’ve found the experience incredibly efficient. Chinese examiners move through the process quite rapidly,” says Ede. “Usually, the first report will be issued about six to nine months from requesting examination and the patent office will follow up on responses filed by applicants within about two to three months. Because of this, it’s important to have all your ducks in a row before you get started.”

When creating IP protection in China, it’s a good idea to use a two-pronged approach. For example, a patent on biotech products or processes does ensure protection but can reveal some of the technology. Adding a second layer of protection by ensuring that the cell line is a closely guarded trade secret ensures that while competitors may be able to reproduce the process, they may not be able to produce the product itself in as pure a form, or with as good a yield.

“It’s important to combine both physical and legal protection,” says Jiwen Chen, a U.S.-based attorney educated and practicing in both China and the United States, and specializing in global IP protection, including Asia. “And the forms of these will depend on the industry sector. For example, chemicals can include a tracking compound that can be traced.”

Concern Number Two: Chinese Partners Ignore IP Laws And Steal Trade Secrets
China has a historical reputation for not applying IP laws and misappropriating trade secrets. According to the Office of the United States Trade Representative (USTR), enforcing IP rights in China is still a challenge, but the country is making major efforts in legal reform, including revised laws and guidelines. As Ede comments, “I’ve been doing business with Chinese life sciences companies for 10 years, and in my experience, they are extremely respectful of your IP and inhouse knowledge under confidentiality.”

However, this unfortunately isn’t representative of all liaisons in China. In a 2013 survey from the American Chamber of Commerce, 26 percent of respondents reported having experienced the breach or theft of data and/ or trade secrets from their operations in China.

Chinese authorities can treat tradesecret violations as commercial disputes rather than as infringements of the law, resulting in lower rates of prosecutions. Going to court over trade-secret violations may just alert rivals that there is a secret there to be protected. Because of this, prevention is better than cure.

“Some judges may be protective of local companies,” says Chen. “However, in major cities, the judges are more likely to be bettertrained and less-influenced. It’s important to show that you have taken reasonable precautions, and have good internal procedures to keep information confidential.”

Another concern is that overseas partners won’t be able to protect or even control the IP for inventions made while working in China. But as Robert Wenslow, VP of business development at Crystal Pharmatech, explains, a master service agreement should ensure that the rights and titles to all inventions are owned and controlled by the company.

Concern Number Four: There’s No Point Pursuing Breaches
Companies considering moving into China may be put off by the concern that no action will be taken over IP infringements. This is, however, one of the areas where things are improving. Litigation is becoming more common. In 2011, China filed more patent lawsuits and patent applications than the United States, and this is an increasing trend, according to Chen.

According to the USTR, rights holders have reported increases in enforcement against counterfeiting of trademarks, both via administrative and criminal routes. This is supported by the American Chamber of Commerce survey in 2013, where 47 percent of participants responded that China’s enforcement of IP has improved over the last year, and 63 percent of companies that had brought infringements to court in China in 2012 were somewhat or very satisfied.

Companies that believe their IP has been breached have three different approaches — administrative, judicial, and criminal. Depending on the approach taken, the offending companies may have to pay civil damages based on the loss incurred, with injunctions to stop infringements, or may face criminal penalties. In contrast to the process in the United States, there is little or no exchange of evidence before going into court in China. It is important, however, to remember that the statute of limitations for most IP litigation is short, only two years, and that payments for damages are likely to be low.

“In the United States, companies send a warning letter if they believe there has been a threat to their IP. It’s a different approach in China. Here, a warning letter can simply alert the infringers that they have been detected, giving them time to destroy any evidence,” says Chen. To prevent this, it’s essential to get a preliminary injunction to protect the evidence, and then show up on-site with backup from the police or other government agencies.”

A Word To The wise
Companies need to integrate IP strategies and security precautions into their business strategies from the beginning, and take China’s culture and legal system into account, for example, by hiring people who understand the laws in both countries. Companies working in China are advised to put a web of measures into place to prevent IP problems from occurring in the first place, starting with a solid contract.

“Contracts need to be unambiguous — they should include specifics like ownership rights and damages, and any agreement should be more than just a handshake,” says Liu.

Security is key in IP protection, and companies from outside China need to ensure that their potential Chinese partners have effective protection in place. One of the next steps is to ask about security policies and carry out due diligence, according to Wenslow. “If a company is serious, it will have safeguards in place. You need to be confident that your Chinese partner will pursue any offenders.”

Forms of physical security for the labs can include fingerprint access and CCTV in laboratories; banning use of USB drives; creating secure routes to transfer information, such as virtual data rooms; and encryption of all digital files. Companies can choose to keep information in different locations, or even only use lesscritical technologies when working in China.

“Companies that install these measures in existing or new labs put themselves in a better position to serve their customers,” says Wenslow.

Agreements with staff are also key to keeping information confidential. Employees’ contracts should include a clause stating that any intellectual property violations will result in immediate termination of employment and prosecution under law.

“If you have concerns about your IP in China, then a good starting point would be to draw up a nondisclosure agreement in both English and Chinese to be executed and sealed,” says Ede.

Relationships are always important, though, as Ede explains: “In any form of business, relationship building is critical. I would recommend that if you have partners overseas, you jump on a plane and try to have as much face-to-face time with them as possible,” says Ede.

So, Is It Worth It?
Is it worth going through the process to create IP protection in China? Ede seems to think so. “In my opinion, it’s not difficult to apply for a Chinese patent. In terms of our product Linguet, it was important to be a player in a large market like China because it is one of the biggest users of pharma drugs worldwide,” says Ede.

As Chen sums up, “Take precautions — but remember that if you don’t go to China, your competitor might!”