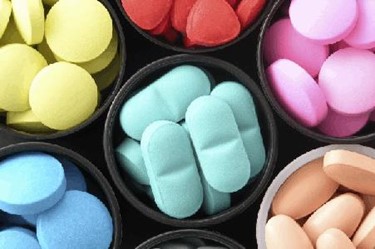 Between 1997 and 2004, launching a blockbuster drug by simply creating an undifferentiated match to an established market leader was relatively easy. During that time, 21 out of 33 such drugs shared a mechanism of action (MOA). Historically, the industry avoided competing on price within a branded drug class, with relevant drugs sharing in the commercial success. Starting in 2005, that all changed; among drugs launched in the U.S., only 21 achieved blockbuster results in 2012. What constrained blockbuster development in this time frame was the contrasting focus on innovative products, given no duplications among the blockbuster drugs in terms of MOA. Although, in terms of commercial success, a few drug classes proved to be the exception (e.g., injected GLP-1 drugs to treat type 2 diabetes, drugs to treat hepatitis C).

Between 2005 and 2012, when faced with drugs in the same class offering similar pricing and comparable efficacy and safety, payers simply chose one drug for primary reimbursement. The remaining agents in the class were labeled pejoratively as “me-too” drugs. For example, Merck’s Januvia was FDA-approved as the first DPP-4 inhibitor to treat type 2 diabetes in 2006. By 2012, AstraZeneca’s Onglyza and Lilly/Boehringer-Ingelheim’s Tradjenta were approved as well. Only one head-to-head, double-blinded study of DPP-IVs was conducted — Onglyza versus Januvia — each in combination with metformin. Efficacy and safety were equivalent for the two drugs and assumed comparable to emergent agents in the DPP-4 class.

Januvia was launched at a price of just under $5/day in the U.S., and the other DPP-4s were priced similarly. In 2012, Januvia maintained its status as market leader with $5.7 billion in global sales, 23 percent above 2011. Januvia enjoyed >70 percent of global sales for DPP-4 drugs in 2012. Based on parameters of efficacy and price, a more random distribution of revenue would be expected. Instead, payers seemingly intervened, favoring Januvia and punishing the me-toos for not competing on price.

By 2014, U.S. payers noted a change in the biopharma landscape when manufacturers increased their use of discounts and rebates from drug list prices as a means of competing for market share. For example, discounts/rebates totaled $127 billion in 2016 versus only $43 billion in 2007. Sales of branded Januvia and its combination with metformin declined in 2017. This reflects competition in terms of rebates/discounts from DPP-4 alternatives and the successful launch of competitors. The market changes encourage payers to allow me-too drugs to flourish if their discounts/rebates lower costs relative to the discounted price of the market leader.

Multiple drugs with shared mechanisms have emerged since 2014.

Among most of these approved drugs, there remains little appetite to conduct appropriate head-to-head, double-blind trials by the manufacturers of drugs second-to-market. In contrast, several changes are noted among the new generation of shared mechanism drugs, including: (1) the time from first entry to a me-too approval has been reduced from the 2.5-year average noted previously; (2) price competition is a reality across several markets other than oncology; and (3) among cancer drugs, competition exists in terms of positioning products across a broad array of indications and earlier utilization. Three non-oncology and three oncology examples since 2014 point to higher rates of successful me-too drugs versus the handful of drugs noted from 2005 to 2012.

Despite the approval of additional similar checkpoint inhibitors, including Merck KGaA/Pfizer’s Bavencio, AstraZeneca’s Imfinzi, and Roche’s Tecentriq, pricing hasn’t changed much for these agents. Moreover, discounting for these innovative cancer drugs is much lower than the average branded drug, at less than five percent in 2Q17, according to IMS.

Pfizer’s Ibrance is used for the treatment of postmenpausal women with advanced breast cancer. The combination of IBRANCE plus letrozole reduced the risk of disease progression by 44 percent and improved median PFS by more than one year compared to letrozole plus placebo. Ibrance was approved in 2015 and is currently facing competition from Novartis’ Kisqali. Ibrance was launched at a price of $9,850/month, whereas Kisqali has been “flex-priced” — discounted about 20 percent versus Ibrance, based, in part, due to safety concerns. Ibrance has been prescribed to >50,000 women since launch, with $878 million generated in 3Q17. Kisqali registered $26 million in 3Q17. Lilly’s Verzenio was FDA-approved as the third drug in this class in 3Q17 and priced at $10,948/month.

Since 2014, increasing discounts/rebates have allowed U.S. payers to leverage drugs with a shared MOA to shape reimbursement strategies for all in the class. Twice as many me-too drugs exist currently, versus the years from 2005 to 2012, with the potential to flourish commercially.

BIO: Larry Gorkin, Ph.D., currently president of Gorkin & Cheddar Consulting, was employed at Pfizer/health economics at the company’s Manhattan world headquarters from 1996 to 2009.