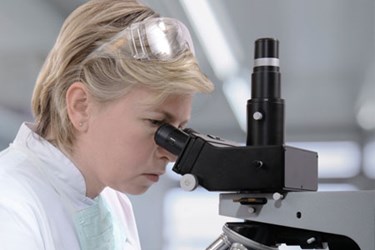 The composition of the human microbiome (the community of micro-organisms that live on or in the human body) and its effects on human health is increasingly a focus for research, development, and deal-making in the pharma and biotech space. Recent players attracted to the space include Johnson & Johnson, Pfizer, and AbbVie, suggesting this sector has reached an inflexion point and is now ready for entrepreneurial value creation.

The role of gut flora in digestion is well-established.  Other microbiomes reside elsewhere on/in the human body, such as the deep layers of skin (including in mammary glands), the saliva, the oral mucosa, and in the conjunctiva. Moreover, bacteria are not the only micro-organisms in the microbiome, which also includes viruses, fungi, and archaea (single-celled micro-organisms that form the third domain of life after bacteria and eukaryota).

Microbial colonies found on or in the body are normally benign or beneficial. These beneficial microbial colonies carry out a series of helpful and necessary functions, such as training the human immune system to recognize foreign antigens. They also protect the body from the invasion of pathogenic microbes as the colonies compete with each other for space and resources.

Recent advances in understanding have been driven by the application of new methods of genetic analysis arising from the human genome project. This analysis has revealed the richness of the microbial ecosystems that are created and serviced by the genetic complement of microbiota.

The gut microbiome makes up by far the largest number of cells in the human body. It is at present the most researched and best-known human symbiotic community, and has even been called an ‘organ’ of the human body.

The gut is the largest interactive area between humans and their environment, with an overall surface spanning 700m2.  About 80 percent of lymphocytes circulate in the blood vessels servicing the viscera, where they are exposed to foreign organisms and molecules. The gut also contains about 100 million neurons (more than the spinal cord), earning it the nickname of the ‘second brain’.

The influence of the gut microbiome on human physiology spans the ‘three ages’ of man.  It starts before birth, and continues throughout life to middle and old age.  A healthy microbiome sets a person up for a healthy life; an imbalance can contribute to a range of diseases.

Vaginal delivery imparts the new-born with specific ‘seed’ bacteria, which help the baby digest the mother’s milk. Human milk contains many prebiotics (notably complex sugars) which sustain the bacterial colonies that are developing within the infant’s gut.  These bacteria have been shown to interact with the immature immune system and have a role in brain development, setting the stage for the lifelong health of the individual.

There are many potential causes of microbial imbalance (dysbiosis) in adulthood, including repeated and inappropriate exposure to antibiotics in earlier years, alcohol misuse, or an inappropriate diet.  Beyond these obvious causes, there is considerable scientific interest in whether some chronic diseases are linked to dysbiosis. The diseases under investigation include inflammatory bowel disease, chronic fatigue syndrome, obesity, cancer, depression, Parkinson’s disease, and anorexia.  This list is surprisingly wide-ranging and research has proven in all these instances that patients have an altered microbiome. In several diseases, new data support the microbiota in the etiology of these conditions. Hopes are high that, with more research, these studies may yield pathways to diagnoses, prevention, and therapies for some of the major diseases in the list.

Dysbiosis has a particular impact on older people, with influences beyond the gut microbiome.  Deficiencies in chewing and salivary gland output can lead to pathogens crossing the oral barrier into the stomach and gut, upsetting the balance of the microbial ecosystem.  The resulting changes have been implicated in several disease processes including chronic infection (the aging gut has a weaker intestinal barrier and can let through lipopolysaccharides or other immune-activating molecules) and metabolic disorders, including muscle-wasting (caused by perturbations in the endocrine homeostasis). Even depression and dementias have been linked to dysbiosis, the former through mechanisms involving dysregulation of the brain reward system, and the latter through a weakening of amyloid clearance by macrophages.

What’s On The Horizon?

Balancing the intestinal microbiome is a logical approach to preventing or reversing diseases caused by dysbiosis.

Full Microbiota Transfer (FMT) has already proven its high clinical potential in hospital-acquired infection (HAI) and life-threatening C. difficile infection.  The method re-seeds the intestine with beneficial bacteria from a healthy donor.  It is anticipated that, in the future, FMT will be available as an oral capsule treatment.

Second-generation treatments are currently in development to reduce the likelihood of opportunistic infections, including HAI, which is a major cause of morbidity in some parts of the world. Companies in this space include the faecal-transplant specialists Rebiotix (USA), CIPAC (Australia/USA), Seres Health (USA), and the newly founded French company, MaaT Pharma, which also plans to use microbiota as a therapy.

Other strands of research are investigating how rebalancing the microbiota, or using bacteria to generate therapeutic molecules, could delay or halt disease progression, or even affect a cure, in diseases such as Crohn’s disease and disorders including anorexia or hyperphagia.

Some of the players in this emerging field include:

What Does The Future Hold?

Microbiota research has rapidly evolved to the point where novel diagnostic, nutritional, and therapeutic approaches are coming to market. Work currently underway in multinational companies and small start-ups aims to fine-tune methods of benchmarking patients’ microbiota. It is now possible to envision a future where microbiota balance and diversity is routinely monitored, providing measurements that will form the basis of diagnostic tests capable of detecting the early stages of chronic disease or unwelcome pathogens. Microbiota research will also inform the development of a completely new therapeutic sector consisting of personalized and optimized treatments with existing drug regimes.