MMD's Next Generation Of Leaders 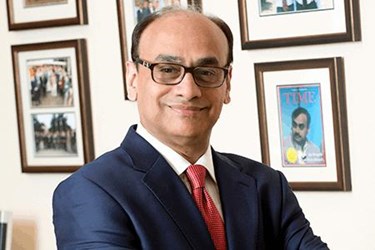 According to Sanat Chattopadhyay, president of the Merck Manufacturing Division (MMD) and subject of Life Science Leader’s August 2017 feature article, female leaders are going to shape the world in the future. “Look at the correlation between the female leader evolution and the growth of a country’s GDP,” he challenges. Research supports his assertion. Katherine Phillips, a professor at the Columbia Business School, worked with Susan Perkins and Nicholas Pearce of Northwestern University to look more closely at global trends in female leadership. To learn the precise relationship between economic performance and national leaders, the researchers compared data for national leaders in 139 nations from 1950 to 2004 with annual Penn World Table GDP growth data. They included Gapminder measures that signal GDP health, including infrastructure investment, post-secondary schooling, and rule of law (i.e., how strong a nation’s most important institutions are). They found that when troubled nations elect women to the key national leadership office, their economies experience a significant rise in GDP compared with their male counterparts. (Note: GDP was measured the year after election to ensure same-year GDP changes , which are more likely attributable to the policies of previous leaders, weren’t attributed to new leaders). For the most ethnically diverse nations, having a woman in the top national leadership position was correlated with a 6.9 percent greater increase in GDP growth in comparison to nations with a male leader. “We believe talent diversity is central to the success of our strategy, and thus, why we are investing in developing women and millennials to be MMDs next generation of leaders,” says Chattopadhyay.

We hope you enjoyed this free bonus content. If you like what you read and want to become a subscriber so as to not miss out on content that can only be found at Life Science Leader, you can do so here.