New research from Yale and the University of California San Francisco reveals that few medical devices are analyzed for the impact of gender on safety and effectiveness. It is widely known that women, as well as elderly and minority populations, have long been underrepresented in clinical trials for drugs and biologics, but as reported in JAMA Internal Medicine, a new study found a similar pattern when it comes to evaluating medical devices. The researchers reviewed 82 studies filed in 2015 with the FDA in support of premarket approval for original medical devices. Of the 77 studies that included both men and women, only 17 percent were analyzed by sex.

This finding is concerning given previous work that documents some stark differences between men and women in how medical devices perform. For example, women who received a particular left ventricular assist device for severe heart failure, known as the Thoratec HeartMate II, had a threefold higher rate of stroke as well as higher rates of infection and bleeding than men in the pre-approval studies. Similarly, women who undergo total hip replacement surgery have a 29 percent higher rate of hip implant failure as compared to men. This is the result of a study that analyzed 10 years of data from the largest total joint replacement registry cohort of elective primary total hip replacement in the United States. 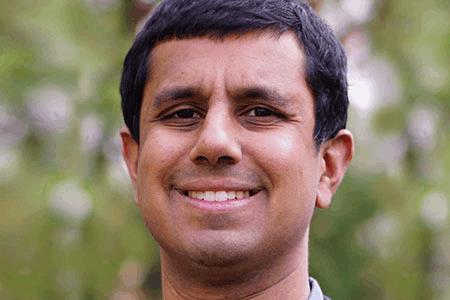 "Devices sometimes work differently in men and women and have different safety and efficacy profiles."

Sanket Dhruva, M.D., a cardiologist at Yale University School Of Medicine and a co-author on the new study, has extensively studied the lack of women-specific data in medical device clinical trials. He comments, “A key reason why we don’t have more information about how medical devices perform in women is because these additional analyses are not always prioritized. Clinical trials are expensive to run and time-consuming, so the goal often becomes simply to see whether or not the device works. But we know that stratifying outcomes by sex can provide helpful insights.”

Also, Dhruva points out that continual underrepresentation of women in clinical trials fuels situations whereby, even if gender-based analyses were to be performed, results would have little clinical significance as the studies are often underpowered. “This means that there are too few women in some studies to draw meaningful and reliable conclusions about a device’s efficacy and safety,” Dhruva explains.

Earlier research supports Dhruva’s contention. One study of implantable cardioverter defibrillators (ICDs) in women highlighted how those randomized clinical trials were frequently underpowered. That article compared survival rates between women and men hospitalized for heart failure and implanted with a primary prevention ICD. These studies generally enrolled mostly men and were insufficiently powered to determine benefits in women, who represented just 10 percent to 30 percent of enrolled subjects.

Initiatives to bring more women, as well as minorities and the elderly, into clinical trials have been a major focus of the FDA, as evidenced by legislation and guidance. One of the efforts is the Medical Device User Fee Amendments, which Congress reauthorizes every five years, and which had a Sept. 30, 2017 deadline. The Amendments are part of the 2012 Safety and Innovation Act, which contains Section 907, a discussion on better inclusion of demographic subgroups in medical product applications submitted for marketing approval.

On August 3, the Senate passed a bi-partisan bill for the reauthorization, following the House’s lead, where the bill passed in July. This action coincides closely with the release of Dhruva’s study. “There is some momentum from the FDA’s recommendations to improve the completeness and quality of analyses of data on demographic subgroups in summaries of product safety and effectiveness data and in labeling, but we need to do a lot more,” he remarks.