When it comes to ranking the nation’s biggest biotech hubs, bragging rights go to places like the Greater Boston Area and the San Francisco Bay Area. Ask anyone living and commuting in these areas and you just might find that these hubs may be great for career options, but not so great for affordability and quality of life. As the biotech sector in the U.S. continues to grow, it is doing so not just in hubs, but in smaller places like New Hampshire — where some of the state’s biopharma entrepreneurs say: “Smaller is better.”

New Hampshire is home to 1.3 million people. Nearly 3.5 times as many people live in Greater Boston, which is less than an hour from the Manchester-Nashua area, one of the state’s centers of biotech activity. The Granite State currently employs 7,000 people in its life sciences sector and is expected to grow by 8 percent by 2020 — a rate higher than the current 6.2 percent national growth rate, according to the NH Division of Economic Development’s FY 16-17 strategic plan. Like most biotech hubs, New Hampshire owes its growing industry to the efforts of state and regional development agencies as well as research institutions churning out innovation.

Entrepreneurs are attracted to New Hampshire by the proximity to Boston, its relative affordability, the lack of sales and income taxes, and the bucolic charm for which the state is known. The state also has a range of business-friendly policies. In fact, Entrepreneur magazine currently ranks New Hampshire the second-best state in which to start a small business.

SMALL-SIZE ADVANTAGE
“The tax policy is the first thing people notice when looking to start or relocate companies here,” says Jake Reder, CEO of Celdara Medical. Reder cofounded Lebanon, NH-based Celdara in 2008. The company has 16 employees, utilizes 50 to 60 contractors, and helps academic researchers all over the world commercialize their pharmaceutical discoveries. “A huge and often underappreciated advantage of living in New Hampshire is our small size. I know our elected representatives, and they know about Celdara Medical.” New Hampshire Senator Jeanne Shaheen is the ranking member on the U.S. Senate Committee on Small Business and Entrepreneurship, while Senator Maggie Hassan sits on the Committees on Health, Education, Labor and Pensions, and Commerce, Science, and Transportation.

Reder also says there is truth to the local saying: “State government stays out of the way and out of our pockets.” “It’s an overly negative way of expressing another significant advantage of the mindset in New Hampshire.” It’s not that there isn’t support for those entrepreneurs seeking assistance as they build their companies. A myriad of incubators, programs, and organizations offer help to young companies. Two examples are the NH Innovative Research Center located at the University of New Hampshire in Durham and the New Hampshire High Technology Council, the state’s industry organization headquartered in Manchester.

New Hampshire already has several anchor life sciences companies, and is growing its own, as well. It is home to employees of several Big Pharmas, including Lonza Biologics and Novo Nordisk, both of which have manufacturing facilities in the state. In December 2016, the Department of Defense announced an $80 million award to Manchester-based Advanced Regenerative Manufacturing Institute (ARMI), a nonprofit organization focused on making the large-scale manufacturing of engineered tissues a reality and developing tissue related technologies. The award will be combined with over $214 million contributed by a consortium made up of industry, state and local governments, universities, community colleges, and nonprofit organizations located across the country to create the Advanced Tissue Biofabrication (ATB) Manufacturing USA Institute. ARMI is located in the Manchester Millyard, a complex of buildings once home to a large textiles maker. 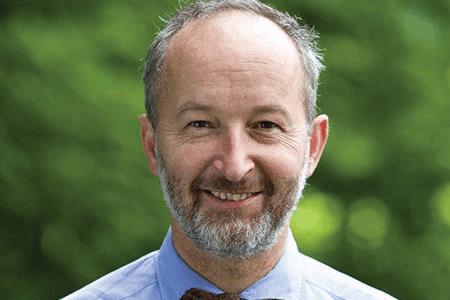 "The idea is, if you invent something here, we allow you to start a company in exchange for 4 percent founding ownership."

Much of the Upper Valley’s biopharma industry has grown organically thanks to the presence of talented academic researchers, like Tillman Gerngross, Ph.D., a professor of engineering who has started five life sciences companies. In recent years, Gerngross has been among the Dartmouth leadership working to intentionally grow the Upper Valley’s entrepreneurial ecosystem. The goal is to attract and encourage entrepreneurial researchers with its innovative approach to IP, support for founders of startups through the Dartmouth Entrepreneurial Network (DEN), and by providing workspaces both on campus at the DEN Innovation Center and at the Dartmouth Regional Technology Center (DRTC) in nearby Lebanon. DEN was created in 2001 and provides faculty with entrepreneurial education, networking opportunities, matchmaking, and early- stage funding. The DRTC, which opened its doors in 2006, allows spinoff companies to rent space until they are ready to graduate and move out on their own. “We have intentionally evolved DEN as a key startup support mechanism in the institution to help faculty members translate research and ideas into new ventures,” says Jamie Coughlin, the college’s director of entrepreneurship. “We are creating a pipeline of early-stage startups, positioning Dartmouth to realize its goal of creating a vibrant entrepreneurial ecosystem.”

Dartmouth’s Gerngross exemplifies the local entrepreneurial spirit of the Upper Valley. His first company, GlycoFi, developed a yeast-based technology used to manufacture drugs. It sold to Merck in 2006 for $400 million. Merck stayed in the Upper Valley for 10 years, moving GlycoFi employees to Boston last year. Gerngross is the founding CEO of Lebanon-based Adimab, a company that focuses on antibody discovery and optimization. Started in 2007, the company is now worth $2 billion and employs just under 100 people. He also started a company that focuses on the purification of biologic drugs and is based at the DRTC. (He also started two other life sciences companies located outside of New Hampshire.) He credits his early success to support from his dean, as well as a network of venture capitalists with Dartmouth ties. “Dartmouth is well-represented in the VC community,” says Gerngross. “If you have good ideas, you can get in front of the most experienced and successful investors in the country.”

In recent years, Gerngross has worked to make Dartmouth’s already supportive entrepreneurial environment even more so. As associate provost of Dartmouth’s Office of Entrepreneurship and Technology Transfer from 2013 to 2016, he oversaw the implementation of a new IP policy that he hopes will attract like-minded entrepreneurial faculty and foster innovation. “Our intent is to make it as easy as possible for inventors to take IP and start companies.” Most universities keep a tight rein on IP rights, often ending up haggling over licensing terms. “I didn’t want us to be on the other side of our faculty. The idea is, if you invent something here, we allow you to start a company in exchange for 4 percent founding ownership.” Gerngross points out that the policy has been in place for only 18 months and that time will tell if it will be responsible for growth in the local tech industry. He hopes other universities will follow Dartmouth’s lead in taking the adversarial dynamic out of academic entrepreneurship.

Trip Davis, chairman of the DRTC and entrepreneur- in-residence at the DEN Innovation Center, hopes the flow of companies coming out of the pipeline the college has built increases in the coming years. “We are not going to be the next Cambridge, but we will allow companies to grow and become world experts in their respective niches. It’s a mistake to try to be the next Silicon Valley. Instead, it’s better to enable organizations to build on their expertise, build world-class technology, and make world-class products.”