“We see compressive disruption in every industry,” says Stuart Henderson, senior managing director and global lead of Accenture’s Life Sciences practice. The life sciences industry thought it was largely exempt because of high barriers to entry, but companies’ future values as a percentage of their current values declined 33 percent between 2015 and 2018. Between 2001 and 2017, a drug’s average tenure as a market-leading treatment fell 51 percent, from 10.5 to 5.1 years. Adding fuel to the perception of compressive disruption, Lilly, in a separate report, reveals its net drug price as a percentage of list price declined from 59 percent to 46 percent between 2014 and 2018.

To exacerbate matters, the pipeline replenishment ratio declined from 4.4 in 2012 to 1.7 in 2018. To use an analogy, “The water is coming out of the bucket faster than we are filling it,” Henderson says.

“This situation will continue and will likely have a significant economic impact on capital coming into the business,” he continues. As the “high risk/high return” model is replaced by “high risk/moderate return,” larger biopharmas are becoming less attractive investments.

Diminished appeal needn’t be the case, however. Innovative companies that combine new medicine with companion diagnostics, digital solutions, and other ad vancing approaches are poised for significant growth. They recognize that medicines co-exist with technology in both exciting and mundane ways that include remote digital diagnostics, direct-to-consumer testing, and co-approval of therapeutics, diagnostic tests, and monitoring apps.

Accenture calls this combination of new health technologies and molecular medicine “new science,” but it isn’t always all that new. “A difference now is that regulators are looking at co-approvals,” Henderson says. For example, in 2017 the FDA approved Bayer’s Betaconnect injector and myBetaApp under a supplemental BLA (biologics license application) for Betaseron rather than through a separate 510(k) medical device application.

New science approvals are increasing. Between 2012 and 2017, Accenture found the number of drugs using a new science methodology to stratify patients or measure success surged from 74 to 104 for biomarker-enabled drugs, 13 to 62 for companion diagnostics, and zero to 13 for digital medicines. By 2022, Accenture predicts, new science will account for 54 percent of biopharma sales. Most of those sales will be in oncology, but multiple therapeutic areas, including gastro-intestinal and immunology applications, also will grow.

The adoption of new science is fueled by the ability to increase success rates by 50 percent (studies that meet their endpoints), up from 7.2 percent for other entities to 10.8 percent for new science entities. Such success is counter to conventional wisdom. After all, the science behind new mechanisms, new modalities, and first-in-class drugs is often still being developed and, therefore, risky.

“We have some answers to why new science is so much more successful,” Henderson continues. For instance:

Whatever the cause, regulators in the U.S. and EU acknowledge the value of new science approaches. The FDA, for example, offers Breakthrough and Fast Track designations, and the European Medicines Agency offers its PRIME program. Regulators also are actively learning about today’s breakthrough science and have piloted advanced programs in their own organizations. As a result, the FDA’s Digital Health Innovation Action Plan, released Jan. 7, is its first guidance incorporating AI and machine learning. 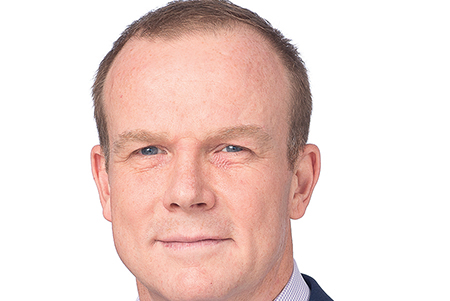 Regulators also are placing more value on real-world evidence and the patients’ experiences.

In 2017, a paper presented at ASCO by Ethan Basch, M.D., MSc., outlined a single-center randomized controlled trial comparing web-based symptom monitoring with patient-reported outcomes (PROs) vs. usual care in patients receiving chemotherapy for metastatic solid tumors. “Median overall survival in the PRO intervention arm was five months longer than the control arm. This remarkable result was achieved by the oncology team reviewing its PRO entries and triaging care (looking for pain or depression, for example), which helped patients maintain their treatment regime. This is part of the new science,” Henderson recalls.

CAPITAL ALLOCATION IS THE KEY

As biopharma transitions to new science, capital allocation is the main determinant of success. Companies at the vanguard of new science (notably Roche and Merck) are investing $250 million or more each year in digital technologies, data analytics, and genomics. That’s six to seven times more than their peers.

“That was both surprising and fascinating,” Henderson says. “Their investments don’t promise performance, but the fact that they’re driving new science and digital technologies supports a link between the two, and there probably will be a link to patient outcomes. We’re looking forward to seeing what they yield.”

Big Pharma has long looked to Big Biotech for synergistic programs to drive innovation. Now its vision is expanding to smaller innovators that are developing programs that may improve outcomes, even when those programs are outside its traditional niche. For example, Roche’s merger with Foundation Medicine enhances its personalized medicine approach with patients’ genomic profiling, and its acquisition of Flatiron integrates real-world evidence into drug development. Looking further afield, the CVS acquisition of Aetna promises a new, patient-centric, low-cost, easy-to-use healthcare option. In this environment, Accenture predicts biotechs’ market share will grow from 19 percent in 2017 to 25 percent in 2022.

“The perennial question every R&D organization asks itself is how to drive innovation. Biotech is seen as a way to do that,” Henderson says. “Moving forward, we’ll see external innovation grow as a core component of large companies’ innovation strategies.” This will involve acquiring not just a molecule but also the technology and talent needed for success.

For companies to achieve their full potential in a new science arena, they must develop an innovative molecule that meets an unmet need and then develop a complete package of technologies and talent around it. In the process, new science companies will find themselves reevaluating their programs and companies by how they will fit into a rapidly evolving business, scientific, regulatory, and reimbursement environment.

Achieving success in the realm of new science requires, as the Accenture report says, the willingness to “pivot wisely to realize the promises of new science.