Since the discovery of penicillin in 1929, the birth of the antimicrobial era meant the beginning of a brave new world, where people no longer died from common bacterial infections, and surgery could be approached with confidence.

However, it didn’t take long for the shadow of drug-resistant infections to creep in, and drug developers and physicians have been fighting what is now a losing battle against drug-resistant bugs. 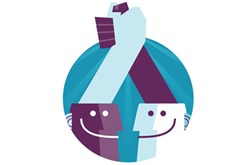 Unfortunately, creating more antibiotics, whether broad- or narrow-spectrum, is unlikely to solve the problem, as resistance is virtually inevitable. However, the search for a solution in the form of new nonantibiotic- based approaches is providing a new opportunity, particularly for biotechs and for their future pharma collaborators and partners. These tactics include bacteriophages (bacteria-killing viruses), and nonbacteriophage proteins, from companies such as Novolytics, AvidBiotics, AmpliPhi Biosciences, and Pherecydes Pharma.

From Antibiotics To The Post-Antibiotic Era
In early 2013, Professor Dame Sally Davies, the chief medical officer for England, stated that the danger presented by the growing resistance to antibiotics should be ranked alongside terrorism as a threat to the nation. However, this threat isn’t unique to the United Kingdom. In 2013, the first case of a totally drug-resistant infection was discovered; a New Zealand teacher was found to have a bacterial infection resistant to all known forms of antibiotic, probably picked up while teaching overseas.

What will this mean? There could be deaths from infections following routine operations, especially in the very young and very old, and in people with compromised immune systems. Furthermore, it could result in no organ transplants or chemotherapeutics that suppress the immune system.

“Broad-spectrum antibiotics have been critical for most surgical procedures and many medical interventions. They have saved many lives and limbs since their launch. However, antibiotic resistance has emerged and has now become rampant worldwide,” says David Martin, CEO and cofounder of AvidBiotics, a company that generates nonantibody therapeutic and prophylactic proteins that specifically target bacteria.

So, if the old antibiotics don’t work, then surely the solution is simply to develop new ones, right? Unfortunately, this hasn’t worked so far, as shown by the lack of new classes of antibiotics since 1987 when oxazolidinines were introduced. The first of these, linezolid, was discovered in the 1990s and launched in the U.S. in 2000 by Pfizer. However, there were reports of resistance as early as 1999.

“The antibiotics industry is well established, but over the last two to three decades the amount of research effort placed behind new antibiotics has tailed off. Evidence for this comes from the fact that between 1983 and 1987 the FDA approved 16 new antibiotics, but between 2008 and 2012 they approved just two,” says John Hardcastle, CEO of Novolytics, a company working to combat antibioticresistant bacteria using bacteriophages.

Besides the inevitability of resistance, economic forces are also likely to be behind this reduction in antibiotic R&D. Infectious diseases generally require a short course of treatment, compared with statins or antihypertensives that are used lifelong. And payors expect infectious disease treatments to be low cost. Because resistance can set in quite quickly, antibiotics also have a limited life.

“For good commercial reasons, drug companies have become more focused on chronic diseases, such as depression, cardiovascular disease, diabetes, and cancer, which is reflected in the top 10 drug revenue statistics published each year,” says Hardcastle.

Another black mark against broad-spectrum antibiotics is that they damage the balance of the natural microbiota (the naturally occurring population of bacteria in the gut, vagina, mouth, and skin). This can have a negative impact on health.

Creating An Opportunity Out Of A Problem
These issues all make the market dynamics of creating new antibiotics less attractive. This void is being filled by companies creating nonantibiotic antibacterial agents that can target specific antibioticresistant and antibiotic-sensitive bacteria, and that are less likely to encourage resistance or to affect the overall microbiota profile. Because these nonantibiotic agents can destroy resistant bacteria, they could also have potential in tandem with antibiotics, which may even reduce the development of resistance. While the initial development of antibiotic alternatives is largely in the hands of small biotech companies, pharma companies are likely to take an interest in the outcomes of research, maintaining the prospect of future support and collaborations.

Phage Therapy: Combating Microbes With Microbes
A bacteriophage (more commonly just known as a “phage”) is a naturally occurring virus that has evolved specifically to target bacteria, with no impact on other cells or organisms. Physicians in the former USSR have used phages to treat bacterial infections for almost a century. However, other than a brief time in the early 20th century when they were sold as treatments in the U.S., they have been regarded with some suspicion.

Antibiotic resistance has emerged and has now become rampant worldwide.

“Phage cocktails were sold in the 1920s and 1930s by a number of well-established Western pharmaceutical companies. However, unfortunately they were sometimes sold inappropriately, partly because of a lack of understanding of the basic molecular biology,” says Hardcastle. “For example, phages were sold as a therapeutic for polio and influenza [both of which are caused by viruses not bacteria]. Consequently, people began to question their efficacy. Once penicillin was discovered and we learned how to make it in large quantities, phage therapy was consigned to the history books, at least in the West,” says Hardcastle.

But now phages are attracting the attention of the West again as the fear of drug resistance rises. However, while there is animal data available from work in Western labs, the human data generated by the old Eastern bloc countries isn’t acceptable to the regulatory authorities, largely because of the manufacturing conditions under which the cocktails are manufactured and the lack of rigorous double-blind clinical trials.

Phages have a number of advantages over antibiotics. They are dosed “live,” and will continue to replicate and attack bacteria until the infection is cleared. In contrast with small molecules and vaccines, which target one particular pathway or antigen, phages can be dosed as a cocktail attacking different targets on a specific bacterial pathogen of interest. This future-proofs the treatment against changes in targets on the bacteria’s surface, thus reducing the risk of driving resistance to the phage treatment.

Novolytics’ lead product, NOV012, is an example of a phage in development against resistant bacteria. It’s a topical gel formulation of a bacteriophage cocktail targeted at methicillin-resistant Staphylococcus aureus (MRSA). The company has completed preclinical animal toxicity tests of NOV012 with no adverse outcomes, along with in vitro studies showing equivalent or better efficacy against MRSA compared with Mupirocin. Novolytics is planning a Phase 1/2 clinical trial for the nasal decolonization of MRSA as a prophylactic in carriers, and NOV012 also has potential as a therapeutic in wound care management. In mid-2013, Novolytics signed a manufacturing deal with Cobra Biologics to support GMP manufacturing, and is seeking further partnerships to drive development of both the therapeutics and diagnostics.

AmpliPhi Biosciences, another biotech company focused on developing bacteriophage- based antibacterial therapies to treat antibiotic-resistant infections, has a number of collaborations supporting its research. Those include an R&D agreement with the United States Army to develop phage therapeutics to treat Staphylococcus aureus, Escherichia coli and Pseudomonas aeruginosa infections; a collaboration with Intrexon to develop phage-based therapies to target specific antibiotic-resistant infections; and most recently, an agreement with the U.K.’s University of Leicester to license a number of phages with activity against Clostridium difficile.

French company Pherecydes Pharma is developing phages targeted against E. coli, Pseudomonas, and Staphylococcus, and has seen efficacy in animal studies with no toxicity. The French government’s defense procurement agency has invested €0.9 million ($1.2 million) into the PHAGOBURN project to create a product to use on infected burns. Other projects are underway for respiratory, bone, and joint infections, and Pherecydes Pharma is seeking partners to support the clinical development of its phages and the associated companion diagnostics.

Precision Medicine Driven By Proteins
Other approaches to antibacterial therapy include nonviral therapeutics, which do not include genetic material and cannot replicate. One company taking this route is AvidBiotics, which is developing Avidocins (R-type bacteriocins). These are reengineered forms of bacterial defensive proteins that target surface molecules on the bacteria. They lock onto specific receptors on the bacteria’s surface and physically punch holes in the cell envelope. AvidBiotics’ molecules successfully treated E. coli O157-induced diarrhea in rabbits and Pseudomonas aeruginosa peritonitis in mice.

“We are starting with Clostridium difficile, the number one urgent threat to U.S. citizens, according to the CDC,” says Jim Knighton, president and cofounder, AvidBiotics. “If we kill only Clostridium difficile, this could eliminate selective pressure for the spread of drug resistance and leave unharmed the insensitive members of the microbiota. Our approach could change the practice of medicine.”

The antibiotics industry is well established, but over the last two to three decades the amount of research effort placed behind new antibiotics has tailed off.

According to Martin, around 3 percent to 11 percent of people going into the hospital carry Clostridium difficile. When these people are treated with broad-spectrum antibiotics, which kill most if not all of the sensitive bacteria, the resistant forms of the bug can recolonize the gut, leading to C. difficile-related diarrhea, which kills around 14,000 people in the U.S. every year.

The Challenges
Obviously, precision medicine is better for everyone — patients, physicians, and payors. Specific agents like these bacteriophages and nonphage proteins will need accurate and rapid diagnostics that can be deployed at the bedside or in the emergency room, and this creates another challenge, or perhaps another opportunity, for the originator companies and potential partners. Another challenge for these new approaches, which is similar for any first-in-class project, is reeducating the stakeholders, including physicians, payors, regulators, and health technology assessment bodies such as NICE (National Institute for Health and Clinical Excellence) in the U.K.

If these challenges can be overcome, phages, antibacterial proteins, and other nonantibiotic therapeutics and prophylactics could provide a new way to tackle the old enemy of bacterial infection, moving medicine on from the threat of the post-antibiotic era.