As executive director of clinical operations for Novartis US Oncology, one of Stephanie Petrone’s responsibilities is discovering new ways to conduct trials, which will hopefully speed up the time it takes to get medicines to patients. 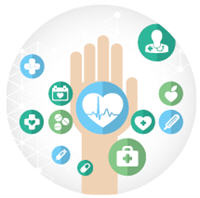 Petrone considers herself an innovator. She enjoys quoting a line attributed to someone from the patent office, which appeared in Punch magazine’s “Almanack” back in 1899. “Everything that can be invented has been invented,” it states, “so why do I need to file your patent?” That’s the kind of thinking that can stop innovation dead in its tracks.

The idea came about the same way many do in this space: an attempt to try and better meet the needs and expectations of a patient. Petrone’s boss, Steven Stein, the head of development at Novartis US Oncology, became aware of an advanced breast cancer patient in Florida who was suffering from a particular genetic mutation. She was interested in participating in a clinical trial, but none were being conducted in Florida.

The patient’s physician conducted a search and found the nearest site was in New York City. Luckily the patient had the resources available and was soon boarding a plane to the Big Apple. “Can you imagine that?” asks Petrone. “She is a breast cancer patient, probably not feeling well; yet, here she is boarding a plane to fly to NYC to take part in a trial.”

Most of us don’t like flying when we’re feeling fine, much less when suffering from a debilitating disease. After hearing this story, Stein was left with one obvious question: Why was this happening? Why are we forcing sick patients to have to fly across the country, instead of letting them be treated in their own town and taking the protocol to them?

MEET THE NEEDS OF THE PATIENT
That simple but poignant question led to the creation of what would be called the SIGNATURE Clinical Trial Program. SIGNATURE is a series of clinical trials (eight at the current time) which are triggered by the patient. “There are two key aspects that made this project innovative,” says Petrone. “They are the scientific and the operational models we are using.”

Each of the SIGNATURE protocols is a Phase 2 proof of concept study looking for early signals of cancer. Novartis was hoping to learn if the drug was showing early activity, and, if so, should the company move on and perform additional research. The population for the study were all advanced stage patients who experienced a failure on at least one therapy.

“Cancer is scary and getting ever more complicated,” says Petrone. “We are looking at therapies that target a specific pathway, which might be relevant to multiple cancers. The problem is, which ones? Do we need to run an individual trial for each tumor type? That process would take forever, and we knew we needed answers faster and in a more cost-effective way.”

TARGET THE MUTATION, NOT THE CANCER
There are eight drugs involved in the SIGNATURE program, and more information on them can be found on clinicaltrials.gov. All are drugs in early development. For example, one of the drugs is a pan-P13K inhibitor (Buparlisib, also known as BKM120) that inhibits the P13K pathway. Unfortunately, a pathway being relevant still doesn’t mean the drug is going to work.

“We start with it being patient-triggered and target-specific,” says Petrone, “so the patients are pre-identified using standard-of-care mutational testing that physicians are already performing in their offices. Once they have the result in hand, they pick up the phone, call Novartis, and register.”

But Petrone notes there is another unique aspect of the protocols. They are all tissue-agnostic, meaning every one of those protocols can accept any patient with any cancer, as long as they have the relevant mutation. In the Buparlisib example mentioned earlier, any patient with a P13K-mutated cancer would be accepted.

“This is not a breast cancer study,” notes Petrone. “It is not a prostate cancer study. It is open to all types of cancers with that mutation. When we have enough patients with a certain tumor type, we break those patients out as a cohort and analyze them while the trial is ongoing. This allows us to generate data quickly, in real time, with as few patients as possible. We want to know if there is a signal there, or if the trial is negative and we need to move on. The whole idea is not to get more patients into a trial, but to get those patients who have a higher probability of being positively impacted by the drug.”

STANDARDS SPEED THE PROCESS
Once patients are pre-identified, they are enrolled in a 16-week treatment period after which the data is analyzed. Novartis is looking at approximately 70 to 100 patients per trial, who are then followed for a minimum of two years for proof-of-concept.

Novartis is using CLIA (Clinical Laboratory Improvement Amendments)- certified labs to do the local testing, which are overseen by CMS (Centers for Medicare and Medicaid Services). There are no preselected sites for the trial, which eliminates the need for any patient to have to travel to a site. Once the patient is identified and registered, Novartis performs the rest of the screening procedures. There is also no prescribed number of sites participating, and, more importantly, no sites being paid to deliver zero patients.

Once patients are registered, a rapid study start-up model, which is contingent on standards, is used to qualify the patient for the protocol. There is a fixed budget for each of the protocols, and Petrone states the company has never wavered from that budget. A central IRB is also being used.

“Every site in a trial is using that central IRB,” adds Petrone. “We will not waver from that requirement either. If a prospective site says it can’t use the central IRB, we thank them for their time, but tell them they can’t participate. We expected to get some pushback from academics, but that has not happened. We have 12 academic institutions on board that have accepted our standard procedures. We also have a standard contract and a standard informed consent agreement with adjustments for state-law provisions.”

"As part of this effort, we worked closely with our field-based colleagues to ensure they had the information and training they needed to be ambassadors in the community. The team was dedicated to providing ‘concierge-level’ service to potential sites and partner CROs. With this approach, we prioritized potential issues enabling us to accelerate all aspects of the study start-up process."

Generally it takes fewer than five weeks from the time a patient is identified until the drug is shipped. Many community-based sites have been accomplishing that task in only three weeks. Academic sites have been averaging 12 weeks, but that is still an accomplishment considering the start-up period for a major academic site generally averages six months to a year.

One of the fastest P13K mutations occurs in colorectal cancer, and that cohort has already closed. Novartis is now in the process of analyzing the data to get an early read on whether or not there is a signal present.

OVERCOMING THE CHALLENGES
The SIGNATURE program had been in place for fewer than two years, and during that time Novartis opened eight protocols, prescreened 700 patients across 35 different cancers (without a single one having to set foot on a plane), and already has seven tumor cohorts across three protocols waiting to be analyzed using adaptive statistics.

The entire process was certainly not as easy as it sounds. Once the first protocol was written, everyone got into a bit of a cadence with the others, but it still required a lot of time and effort up front. There were weekly meetings that even got a bit heated at times. Many questioned the possibility of opening sites in just three weeks, while others doubted the chances of getting so many sites to all agree to accept a central IRB. Petrone gives a lot of credit for the success of the project to August Salvado, VP, early development, strategy and innovation and head of the program. On a weekly basis, he would look employees in the eye and say, “Yes, you will make this happen.” The company stuck to its guns, and its principles, and ultimately did make it happen.

To work through these potential obstacles, Novartis Oncology established a central team augmented by operational experts within the company. The team met weekly with the sole purpose of reviewing potential operational challenges and brainstorming possible solutions. “This enabled us to rapidly respond to inquiries and clear roadblocks in real time,” says Petrone. “As part of this effort, we worked closely with our field-based colleagues to ensure they had the information and training they needed to be ambassadors in the community. The team was dedicated to providing ‘concierge-level’ service to potential sites and partner CROs. With this approach, we prioritized potential issues enabling us to accelerate all aspects of the study start-up process.”

Two steps were critical to the success of the project. First, the company established a SWAT team of study start-up experts that rapidly responded to site start-up requests. By using a central IRB, the protocols were approved up front, and only the site itself needed to be approved. By using standard contracts and budgets, the company was able to eliminate negotiation time with sites.

For those sites that initially did not accept the model of an independent central IRB, the SWAT team worked closely with an investigator “champion” at the site, the site IRB staff, and the independent partner IRB. Teleconferences were used to explain the SIGNATURE model and why a central IRB was necessary in order to meet the rapid study start-up timelines. A key success factor was having an investigator agree to be that site champion for the project, to speak to the local IRB personally and explain the scientific rationale for the project.

“Using the old oncology model, we would have to take every one of those tumor types, start a trial, do the study start-up, enroll patients, perform the study, and read and report the data,” says Petrone. “And that is just for one trial. That process would then have to be repeated for the other trials as well. Being able to do them all simultaneously in one trial is fairly significant, and we are proud of the results we are seeing.”