Gene therapy pioneer Katherine High, M.D., was looking forward to her first meeting in 2011 with Jeffrey Marrazzo, then a consultant to the CEO of Children’s Hospital of Philadelphia (CHOP). A veteran of three life sciences companies, Marrazzo was meeting with Dr. High and other CHOP leaders to identify potential new revenue streams for the hospital. 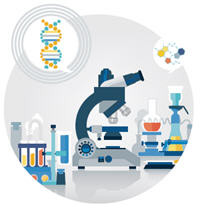 Dr. High, an international leader in gene therapy research and clinical application, had considered postponing the meeting because she was so busy with her work as director of the hospital’s Center for Cellular and Molecular Therapeutics (CCMT). However, she did not reschedule because she wanted to ask Marrazzo for a favor: Could he speak with the VCs who were calling her and inquiring about investing in CCMT’s work on RPE65?

“I hadn’t spoken to them yet, because at the time I was busier than usual with my patient care, research, and teaching responsibilities. In addition, VCs are not a constituency that I normally deal with,” said Dr. High, professor of pediatrics at the University of Pennsylvania as well as a Howard Hughes medical investigator.

Scheduled to last just 60 minutes, Dr. High’s first meeting with Marrazzo stretched to seven hours and was followed by many more meetings to determine the best approach for advancing CCMT’s gene therapy discoveries. The result was a commitment of $50 million from CHOP to fund a new biotech company, Spark Therapeutics, to design, evaluate, and commercialize gene therapies for disorders that can lead to blindness, hemophilia, and neurodegenerative diseases. The company, like the hospital, is headquartered in Philadelphia.

CHOP’s serving as the sole equity investor in Spark is “definitely a novel financing model for early corporate activities to develop novel therapeutics,” said Marrazzo, now president, CEO, and cofounder of Spark. “Every situation is unique, and the situation should dictate the model.”

Spark’s situation was unusual because long before the company’s official launch in late 2013, “many assets were already in place,” said Marrazzo, who uncovered them during his seven-hour conversation with Dr. High. “It was like peeling back the layers of an onion, with each layer representing another asset,” he said.

The assets included two clinical trials, a Phase 3 trial to treat a rare form of hereditary blindness, and a Phase 1/2 trial targeting hemophilia B, as well as staff members with gene therapy expertise in regulatory affairs, clinical research, and the manufacture of clinical grade vectors to transport genetic material into targeted cells.

“Assembled at the center were world experts in gene therapy,” said Marrazzo. “CHOP had been incubating a biotech company within its four walls.”

GENE THERAPY ASSETS UNDERVALUED
Before investing $50 million to launch and operate Spark Therapeutics, CHOP officials considered but ruled out a licensing deal with an existing biopharm company or a start-up with VC funding. “While we did have licensing deals on the table, that route would not have recognized the value of the asset in part because of the broad retrenchment that had occurred in the industry after the tragic 1999 death of Jesse Gelsinger in a gene therapy clinical trial,” said Dr. High. Gelsinger died while participating in a clinical trial conducted by a University of Pennsylvania lab not connected to CCMT or CHOP.

Gelsinger’s death and the clinical trial itself generated massive negative media coverage and concern about the safety of gene therapy from the NIH, FDA, and other scientific and medical organizations. As a result, funding for gene therapy R&D took a nosedive, and many companies and academic labs discontinued or significantly reduced their programs.

Dr. High, however, was one of the few scientists who did not give up on the promise of gene therapy. She staffed CCMT with many former industry leaders in the field who are now part of Spark’s leadership team. CCMT and other labs continued their research to improve gene therapy’s safety and ability to target specific tissues in the body. Their research advances have renewed the industry’s interest in gene therapy. Novartis, Baxter, Celgene, and Biogene are investing resources in gene therapy, and several biotech companies also have been created. In addition to Spark, they include bluebird bio, Editas Medicine, GenSight, Lysogene, uniQure BV, and Voyager Therapeutics.

Although uniQure was the first company to receive regulatory approval from the European Medicines Agency (EMA) for a gene therapy product, Marrazzo said that he and his colleagues believe that Spark will be the first to receive the FDA’s approval to market a gene therapy. In 2015, Spark will conclude its Phase 3 trial on forms of blindness caused by RPE65 mutations. UniQure has announced that it plans to submit a biologics license application (BLA) to the FDA for its gene therapy, Glybera, for the treatment of patients with a rare metabolic disorder that causes inflammation of the pancreas. 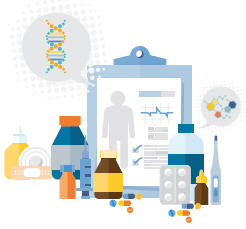 Among the start-up companies, Spark and Voyager Therapeutics are the only spin-offs of academic, nonprofit organizations. Voyager’s parent is the University of Massachusetts Medical School in Worcester. However, unlike Spark, Voyager is supported by VC funding.

Marrazzo predicted that more nonprofit organizations, including universities and research institutes, will establish commercial enterprises similar to Spark. “These nonprofits could look increasingly less like they have in the past and more like hybrids, and this is something that the industry will have to react to,” he said.

“The Spark model creates an alternative to licensing and sponsored research for not-for-profit (NFP) organizations seeking to commercialize their discoveries,” said Marrazzo. “As such, for the Big Pharma and Big Biotech companies as well as VC firms that have benefited from accessing NFP research at a discount, they will need to understand and embrace the model of NFP company incubation, formation, and financing and identify ways to participate. If the big companies choose to embrace the Spark model, there will be opportunity for partnership and joint value creation rather than competition.”

HOSPITAL’S FUNDING SUFFICIENT FOR COMMERCIAL LAUNCH
“An exit strategy that would require Spark to be acquired by a larger enterprise is not on the agenda of the company’s board,” said Marrazzo. “Our goal is to develop into a fully integrated, sustainable biopharmaceutical company specializing in gene therapy,” he said. “We want to be in position to develop as many products as possible to treat both children and adults with debilitating genetic diseases. We can best serve the initial vision of CHOP if we make gene therapy a regular part of patient care.”

To help guide Spark’s evolution, two life sciences industry veterans have joined the company’s board. They are Elliott Sigal, M.D., Ph.D., director, executive VP, CSO, and president of R&D at Bristol-Myers Squibb until 2013, and Rogério Vivaldi, M.D., CEO and president of Minerva Neurosciences, Inc., and previously the senior VP and head of the rare diseases business unit at Genzyme, a Sanofi company.

Anticipating that the FDA will approve its lead product, Spark is hiring staff to support the commercial launch of its gene therapy for RPE65 gene mutations blindness. “The challenges of managing and growing Spark do not significantly differ from other new biotech companies,” said Marrazzo, who previously held senior leadership positions at Generation Health, Tengion, and Molecular Health, Inc. Chairing Spark’s seven-member board is a representative of CHOP, CEO Steven Altschuler, M.D. Also on the Spark board is Thomas Todorow, C.P.A., MBA, executive VP for corporate services and CFO of CHOP.

Many of CCMT’s assets, such as the two clinical trials and many members of its leadership, are now at Spark. Another company asset is Spark’s exclusive license from CHOP to commercialize the center’s proprietary manufacturing technology. For its preclinical studies and clinical trials, Spark will be able to use clinical-grade gene therapy vectors produced by the center’s state of the art cGMP clinical facility. “We view CHOP as our technology partner as well as investor,” said Marrazzo.

In January 2014, Spark completed patient enrollment in its Phase 3 study of CCMT’s novel gene therapy. In the therapy, a vector carrying a normal copy of the gene is inserted behind the retina of the patient’s eye. The Phase 3 trial builds on CCMT’s successful Phase 1/2 clinical trial of 12 patients with Leber’s congenital amaurosis whose vision measurably improved after the gene therapy, said Dr. High, a cofounder of Spark and a scientific adviser to the company. Before the trial, several of the children were profoundly blind. As a result of the gene therapy, they were able to recognize faces and walk without the aid of a cane or a companion. The children’s vision improved so much that they no longer had to depend on Braille to read.

If the Phase 3 trial also shows that the gene therapy is safe and effective, the hospital’s funding will underwrite Spark’s preparation and submission of a BLA and the commercial launch of the product. “If FDA approves the BLA, Spark has the resources to generate first revenues,” said Marrazzo.

Marrazzo said that he expects that the hospital will continue to be an investor in Spark, but it will be opportunistic. “If the Spark board decides to expand or expedite our strategy, we may seek other investors or partners,” he concluded.