One-On-One With The Industry's Players At JPMHC

On the train from the airport to downtown San Francisco, the people were friendly and helpful. But a harder reality awaited me when I departed my station; a young street woman offered to carry my briefcase by grabbing it off my roller bag, only letting go when I finally said “Stop!” Soon I was making my way on foot up familiar Powell Street, dodging a roughly equal number of surly businessmen and street types as I climbed the steep sidewalk toward my hotel. The experience proved to be a small precursor to my following four-day marathon — the JP Morgan Healthcare Conference (JPMHC). 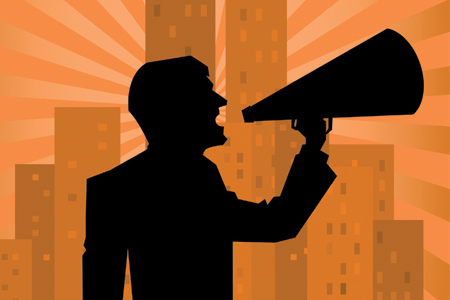 Our Chief Editor Rob Wright and I worked together at this year’s event, attending sessions, meeting on- and off-site with company CEOs and others, and bumping shoulders with the crush of people climbing up and down the St. Francis hotel staircases and surrounding San Francisco hills. As Rob observed in his blog (14 January 2013, “Why J.P. Morgan Healthcare Conference Remains Relevant”), JPMHC is the hub of countless interactions for investors and business developers, with Big Pharma companies and C-Level execs serving up the main action. A concentric circle of smaller-company players also attracts packed crowds because folks generally know that if you have finally made it into the elite squadron of presenters, you must have something going on.

The third circle, bigger by far than the first two, consists mainly of start-up enterprises that can’t wait for presenter status; they must act now to raise money, find partners, and otherwise spread their message in meetings off site. JPMHC is invitation only, two-person max per company, plus some media and analysts. Normally, it takes years as a JPM client to wangle an invitation, easily leaving most of those who flock to the scene on the outside looking in.

Despite the mass movement of participants here, the investment game is — as one VC leader remarked — a personal, one-to-one business. Individuals confer across tables, randomly in sessions, and throughout the hallways. Professional relationships begin, develop, and sometimes end in personal interactions that occur at the event but, often, also extend far beyond it.

Befitting the event’s personal basis, I offer my observations in the first person, as one witness among many, following an ambitious schedule but in no way covering every significant moment. JPMHC forces choices; its five tracks and breakout format ensure no single observer sees it all. If you plan carefully, however, you will survey a large sample of Big Pharma announcements, mid- to small-company pronouncements, and startup proclamations that may presage momentous developments.

Large companies mainly use the platform for updates on their finances and pipelines, but offer little content unavailable through public sources. In fact, at least two companies saved their biggest news for after the event: Novartis replaced its Chairman/CEO and AstraZeneca moved in a new head of R&D a week later. Breakout sessions reveal some interesting details but nothing earthshaking in most cases.

See The Companies All In A Row
The following are brief accounts describing examples of my company meetings and attended presentations at JPMHC, with some thoughts about the companies’ potential contributions, likely hurdles to overcome, and state of progress toward their elected goals. Most often, the information exchanged offers important implications for the life sciences industry and its people.

Alkermes
Much of Alkermes’ pipeline is aimed at indications that accompany CNS conditions or their treatments. One candidate is an oral antipsychotic without the usual side effects of weight gain oft-linked to diabetes. Alkermes has both commercial and development portfolios, along with Big Pharma partnerships. It doubled annual revenue in fiscal 2012 to almost $400 million and expects to nearly double it again this year, so it can afford to finance its own R&D and believes it will launch at least one blockbuster drug: a long-acting antipsychotic (with J&J), treatments for alcoholism and MS, or a monthly Diabetes 2 drug. For all the startups with big dreams, this company offers plenty of inspiration.

Rib-X
We visited off-site with this nonpresenting company, one of the few players in ribosomal drugs. Rib-X uses rational drug design (remember that?) based on crystallography, computation, and other new tools to construct small-molecule antibiotics that target bacterial ribosomes and thereby impede drug resistance. Just to be a player in antibiotics these days is to belong in an elite group, following major retreats from the field by the likes of Roche and Lilly. That any new antibiotic must employ a novel drug mechanism is a given, but less obvious is how long it will take for the bacteria to adapt. We will be following the progress of Rib-X and will return to it as it reaches future milestones.

Bayer Healthcare
A major division of the now diverse and global corporation, presenting company Bayer Healthcare had a good year financially with 4% overall growth and 6% in EBITA, led by its pharma business. Singledigit growth was once nothing to crow about, but nowadays, growth is growth. It is intriguing that Bayer’s top-selling product is Betaseron, an early biotech product that goes back to Schering AG and mighty little Triton Biosciences of the Bay Area in the 1980s. Primary care is a shrinking business in the West, however; Bayer is moving its PC headquarters from Berlin to Beijing because China bucks the trend. It is also ending further contraception and Betaseron research, expecting sales declines. The future apparently belongs to the now-booming cardiology and oncology areas, with remaining areas following along opportunistically. Watch Bayer in OTCs, where emerging markets are now one-third of its business vs. one-fourth in the U.S.

Metabolon
Another nonpresenting company, Metabolon, met with us to describe how its end product — metabolic biomarkers for drug discovery and manufacturing — demands a deep understanding of therapeutic areas where biomarkers play a growing role, such as obesity, diabetes, and cancer. The company serves a base of 500 customers, including most top pharmas and biopharmas, all aiming at new treatments. It uses multivariate analysis and biochemistry, not genomic tools, to identify biomarkers and evaluate biochemical for potential therapeutic safety and efficacy.

Lilly
Expiration of top-product Zyprexa in 2009 has dominated Lilly’s strategy, as well as external comment, since well before then. The goal was to replace the lost multibillion-dollar revenue mainly by maximizing existing-product sales, increasing productivity, maintaining the stock dividend, and funding pipeline development, according to Chairman John Lechleiter. The first steps began in 2004: reducing the workforce, expanding in emerging markets, and replenishing the pipeline. 2008 brought a large acquisition of ImClone, restructuring into five business areas, and creation of Lilly’s Center of Excellence research arm. A major collaboration with Genzyme came in 2010. The pipeline now has 13 products in Phase 3 and 20 in Phase 2. Lechleiter argues that existing products have now achieved double-digit growth, workforce is down 16%, and the company will meet or exceed financial goals in 2014. Such performance may yet vindicate Lilly’s spending “at an appropriate level” for R&D, though higher than its peer companies with deflating research budgets.

AstraZeneca
Not that I was prescient at this presentation — AstraZeneca replaced its head of discovery a few days later — but I did sense an uneasiness in the CFO’s discussion of the company’s pipeline as he spoke about the “opportunity to replenish” the Phase 3 stage of its platform from the ample stable of candidates in Phase 2. He also emphasized the company’s “sustainable base” of off-patent products such the “resilient” Zoladex and Synagis/Flumist. AZ places much hope for new products in its Medimmune division and in an aggressive partnership program seeking “scale and reach” in R&D (40% of its pipeline is partnered, and at least eight of its partners are Big Pharmas). But a lot appears to be on the line with its decision to realign its discovery organization.

Leaving For The Future
Numerous companies and individuals deserve mention here, though most will have to wait for another day. Meetings and presentations produced fuel for much future editorial coverage. Among all the stories I heard, however, I noticed a few general trends:

By the end of the meeting, I had composed the following tweet to sum up this year’s event but decided to save it for this report — “JPMHC: A 4-day nonstop steep-hill trek for body and mind.” Most people who braved it would likely agree, but I bet they would also say it was well worth the journey.