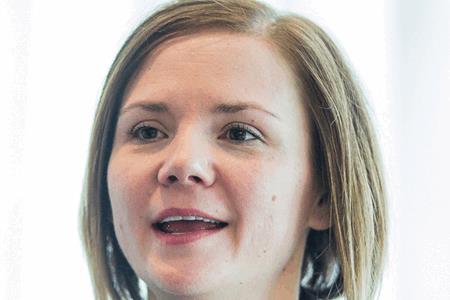 Any progress is a good thing, but these advances pale when weighed against the enormous unmet need for rare-disease treatments. Worldwide, an estimated 350 million people suffer from rare disease, a list of afflictions that numbers more than 7,000 and grows year by year. Rare disease advocacy group Global Genes says about 30 million Americans — nearly one in 10 — live with a rare condition. In Europe, the percentage is about the same. Rare disease, thus, is largely a misnomer: While no single condition affects a lot of people, the sheer number of diseases makes for significant medical and societal impact.

And as troubling as these figures are, more sobering still is the fact that half of these diseases affect children. Yet for all the need, there are only about 400 approved orphan therapies. That means 95 percent of rare diseases go untreated, a fact that reflects the time and expense involved in developing these drugs and proving their efficacy.

Since passage of the U.S. Orphan Drug Act in 1983, regulators have provided extensive guidance and resources to support rare disease research. Receiving orphan designation qualifies drug companies for development incentives that include:

The FDA and EMA (European Medicines Agency) are giving unprecedented support to addressing this vast unmet need, aiming these efforts largely at the biotech and specialty pharma companies that are at the forefront of orphan drug development. Many of these companies are very small, their fortunes in some cases tied to a single compound. Thus, they lack the resources to research and make best use of what’s available to them. The following are some of the provisions set up to further their efforts.

"U.S. and European leaders clearly recognize the urgency in promoting development of orphan drugs and are committed to making the subject a continued high priority."

The EMA, meanwhile, is two years into Horizon 2020, its largest-ever research and innovation program and one of the biggest such endeavors worldwide. Horizon 2020 has committed nearly 80 billion euros through 2020 to promote scientific excellence and strengthen industrial leadership.

EARLY ENGAGEMENT WITH REGULATORS
More than 90 percent of the drugs that reach clinical testing fail. With the deck so heavily stacked against them, drug developers have to seize every advantage available to them. Fortunately, U.S. and European regulators increasingly seek earlier involvement with sponsors, and most are embracing the opportunity.

At a recent industry conference in Europe, an EMA representative exhorted sponsors to engage early to ensure efficient and scientifically rigorous processes. One avenue for early involvement is EMA’s Innovation Task Force, an information platform for early dialogue on scientific, technical, and regulatory issues. The FDA is always willing to talk with sponsors prior to study startup. Sponsors can request formal Type B (pre-IND, end of Phase 2a) meetings or Type C (general guidance) meetings throughout product development.

The importance of precompetitive discourse prompted the 2014 launch of the Accelerating Medicines Partnership. AMP, a public-private partnership among the NIH, FDA, 10 biopharmaceutical companies, and several nonprofit organizations, seeks to transform the current model for developing new diagnostics and treatments by identifying and validating promising biological targets for therapeutics.

U.S. and EU regulators are collaborating to an unprecedented degree. The FDA and EMA have greatly increased their level of cooperation and information-sharing in recent years, have regular interactions, and maintain structured scientific and regulatory working groups, or “clusters.” A patient engagement cluster created in 2015 shares experience and best practices around patient involvement in drug development, evaluation, and postauthorization activities.

IMPROVED ACCESS TO GOVERNMENT DATA
Hundreds of data-sharing repositories house the results of scientific research funded by U.S. government agencies. Those agencies are making this wealth of information much more available to researchers. The U.S. Department of Health and Human Services in 2015 issued a public access policy covering its largest operating divisions: the FDA, the NIH, the Centers for Disease Control and Prevention, and the Agency for Healthcare Quality and Research.

The agency has two goals: to make publications resulting from the research it funds freely available to the public and to make the information available in digital formats. (The digital infrastructure is still in its infancy.) HHS Secretary Sylvia Burwell declared this an inflection point in history in describing plans to give the public maximum access to, and value from, federally funded health research data.

TARGETING AN ULTRARARE METABOLIC DISEASE
Some of these efforts recently came together to advance treatment of hypophosphatasia, or HPP, a progressive, ultrarare metabolic disease for which only supportive medication previously was available. The disorder is characterized by abnormal development of bones and teeth, the result of defective mineralization — the process by which bones and teeth take up minerals such as calcium and phosphorus. Patients have bones that are soft and prone to fracture and deformity, and defective mineralization of teeth can lead to premature tooth loss.

A U.S. pharmaceutical company sought to treat the condition with asfotase alfa, an innovative enzyme replacement drug. The FDA granted the compound Breakthrough Therapy designation and issued the developer a Rare Pediatric Disease Priority Review Voucher, which confers priority review to a subsequent drug application that would not otherwise qualify for priority status. The voucher program encourages development of new drugs and biologics to prevent or treat rare pediatric diseases.

Meanwhile, the EMA conferred orphan status and provided scientific advice through its Committee for Medicinal Protocols for Human Use.

The expedited development and subsequent approval of the drug — now approved in the U.S., European Union, Japan, and Canada — reflects the growing promise in the battle against rare diseases. The concerted efforts of governments, regulators, and industry provide the best hope for encouraging development of new therapies, opening doors, and giving hope to the hundreds of millions who suffer from these conditions.

OTHER GOVERNMENT ACTIONS
Legislators are joining the regulatory community in taking up the cause. The 21st Century Cures Act, introduced in May 2015, seeks to accelerate the pace at which the FDA approves new medicines for conditions currently lacking cures — along with a lengthy list of other proposals. The act passed the House of Representatives with overwhelming support but remains stalled in the Senate, which has introduced a number of separate companion bills.

Another prominent government initiative arrived in early 2016 as the Cancer MoonShot 2020, a coalition that is pursuing vaccine-based immunotherapies to fight cancer. Combining the resources of pharmaceutical and biotech companies, academic centers, and oncologists, it promotes access to more than 60 novel and approved agents now under exploration.

Government action can prompt regulatory change, but doesn’t necessarily need to precede it. U.S. and European leaders clearly recognize the urgency in promoting development of orphan drugs and are committed to making the subject a continued high priority.