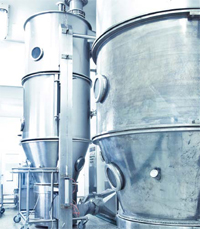 In markets with little regulation, litigation soars. As regulation rises, litigation falls. Unless consumers are bound by so-called tort reform, their only recourse when harmed by an unregulated product is to sue its maker. That is the basic logic behind my assumption that legal standards, such as those established by the U.S. Pharmacopeia (USP), protect companies that manufacture and supply prescription drugs — either as the primary drug sponsor or as a contractor.

You might have expected me to mention the FDA or its international counterparts in speaking about regulation. And, yes, it’s a bit of a semantic stretch to depict the USP’s role as regulatory. But in a real sense, drug standards and regulation are intertwined. The United States, Europe, and other regions with central regulatory authorities also have similar and related standard-setting bodies. Regulators view every step of drug development and manufacturing by how it affects the character and consistency of the compound. Standards, both physical and written, are the touchstones for measuring any changes in the compound as it moves from one step to another, from characterization, through process development and validation, production scale up, and periodic process refinement.

PURITY PREDICTS RISK
Besides monitoring changes to the molecule itself, the major role of standards is to mark a baseline for assessing its purity and potency — interrelated qualities that can change greatly as the scale of production increases. Particles of unwanted substances may form and aggregate at any stage depending on multiple factors such as batch viscosity, concentration, and molecular charge interactions. Commonly, there is a trade-off between potency and purity — the more potent the compound, the more concentrated and thus subject to aggregation it is likely to be.

In turn, the same qualities affect product stability and delivery, and thus affect fill/finish, storage, transportation, administration, and other portals along the supply chain. The burden is on the producer, the company responsible for the compound’s development and manufacturing, to ensure that those qualities, once established and approved, remain constant at every point. In outsourcing arrangements, contractors share a variety of risks with sponsors (e.g. product defects, recalls) to varying degrees defined (or not) in their contracts. The “or not” refers to the wild card of litigation. When actual harm occurs, no shelter may shield the supplier from liability.

In some irony, the degree of CMOs’ responsibility has increased generally in parallel to that of the sponsors, rather than shifting from one to the other with greater regulatory and litigatory pressures. When a sponsor feels more exposed, whether by current regulation, legal action, or pending legislation, it will naturally find ways to share the exposure with its suppliers.

Contractual liability is one obvious way to share the risk; continuous involvement with and monitoring of outsourced manufacturing is another. Some small companies are leading the charge by insisting that their CMOs institute advanced systems, such as quality by design (QbD), new batch purification and characterization tools, and process analytical technology (PAT). But large companies, feeling the sting of product recalls, plant closures, and supply shortages, are now imposing similar demands on their suppliers.

TOWARD GLOBAL BASELINES
All such approaches depend on standards — “vertical” standards that uniquely define the “critical quality attributes” (CQAs) of each product, and “horizontal” standards that apply to broad product classes and types. Without them, each producer would be on its own, internally assuring itself that all will be right in the end and thereby taking the full risk of liability when something goes wrong. Oh, wait…that’s the way it was, and, thanks to large loopholes currently making the news (such as “compounding pharmacies” operating as factories without effective FDA oversight), and the practical limits of regulatory inspection, still is to some degree.

Quality assurance means nothing if quality control is like a hidden hand of cards, self-dealt by every player. That is why the USP and similar groups formed early in pharma’s history, even in the gilded age of 19th century free enterprise. Shared standards offer shared protection.

The difference these days is the extent of standard setting and verification evolving worldwide, now gaining considerable momentum despite lagging behind the accelerating globalization of outsourced pharma production. Even the USP has become global, not just in collaboration with its international peers, but also in its physical presence around the globe, as well as its ongoing role as a template for emerging standardbearers in other nations.

RISK-REDUCING INVESTMENT
A serious impediment in today’s standards environment is the woeful inadequacy of pharma companies, suppliers, and regulators to keep pace with the changes needed to meet standards reliably, consistently, and predictably. Fragmentation of regulatory responsibilities — either between international authorities or within them — explains some of the lag. But the industry bears much of the blame for clinging to legacy systems, treating manufacturing as a low priority, and generally failing to practice progressive, GMP-based QA/QC throughout the supply chain.

All these factors relate to particles — their size and degree of aggregation — as a strategic concern for the suppliers and sponsors of any compound in development. When the CMO lacks the ability to create the optimum formulation, conforming to the highest standards of purity and potency, the investment in specialized formulation expertise will be justified by a concomitant reduction in risk, including the risk of quality-related liability. The same expertise will be cost-effective at the other key stages of process development, scale up, and production changes.

Yet, as I expound upon in my related report on recent industry events (“From Industrial to Investment Strategies in the Life Sciences”), general resistance to major manufacturing reform in large companies remains as powerful as the need for it is obvious. Where such change is afoot, it is typically isolated to single-facility initiatives inside a company’s fragmented collection of factories and limited in its effects on outside suppliers.

Only outside forces can keep the industry moving in the right direction, taking everyone, from the engineer to the CEO, out of the old comfortable sphere of traditional manufacturing into an age of greater efficiency and purpose. Customers, regulators, and litigators will exert much of the pressure. But only high standards, starting with product purity and potency, will positively protect companies and their suppliers by reducing the risk of liability.