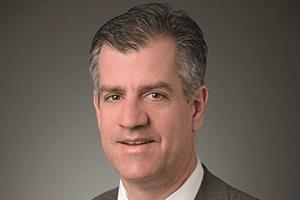 After the House of Representatives passed The American Health Care Act — the bill that would replace Obamacare — by a razor-thin margin, consideration moved to the Senate, where Republicans have only two votes to spare to secure passage.

At an unusual White House rose garden ceremony celebrating House passage, only the first step in the legislative process, President Trump called the legislation “extremely well crafted” and a “great plan” that will end the “suffering” and “ravages” of Obamacare. Forty days later, while meeting with Senate Republicans, he characterized that same bill as “mean, mean, mean,” one source told the AP. Another said the president used even more colorful language, characterizing the bill a “son of a bitch.”

Perhaps a more analytical view of the impact of the major components of the bill would be more useful in guiding deliberations, as the president observed, “Nobody knew healthcare could be so complicated.”

DOES THE HOUSE BILL TERMINATE COVERAGE OF 11 MILLION LOW-INCOME INDIVIDUALS WHO GAINED COVERAGE THROUGH MEDICAID EXPANSION BY 31 STATES?
No. Those individuals will continue to be covered at the 90 percent federal matching rate established by the Affordable Care Act indefinitely. The House bill merely halts further enrollment of new individuals at that high matching rate.

The debate now occurring in the Senate is how much longer additional non-elderly, nondisabled poor adults will be allowed to enroll at the 90 percent federal rate. The core Medicaid population — children below the poverty level, poor pregnant women, and poor elderly and disabled (i.e., a more destitute population who generally cannot work) — is subsidized at just 57 percent, on average, by the federal government. Some conservatives wonder why the federal government would provide greater assistance to individuals with higher incomes and the capability of working than to the core populations Medicaid has covered for years.

WILL THE HOUSE BILL CAUSE 14 MILLION PEOPLE TO LOSE COVERAGE NEXT YEAR?
No. This Congressional Budget Office (CBO) projection is based on its behavioral assumption that millions would immediately drop coverage due to the repeal of the individual mandate tax, which applies to individuals who do not have health insurance. This projection is based on the bizarre assumption that 5 million Medicaid beneficiaries will quit free healthcare due to the absence of a mandate that never applied to them. It never applied to them because they do not have income sufficient to pay taxes.

CBO predicts another 8 million individuals would drop coverage in the nongroup market in 2018 — i.e., two years before the bill makes any change to the current means-tested subsidies that substantially reduce the cost of health insurance for these individuals. Why would 8 million people voluntarily terminate heavily subsidized insurance policies?

In short, assumptions of a mass increase of the uninsured due to repeal of the individuals mandate tax are specious and unfounded.

DOES THE HOUSE BILL “GUT” MEDICAID BY CAPPING SPENDING?
No. CBO projects the House bill will reduce Medicaid spending by $834 billion over 10 years compared to its baseline estimates, prompting Senator Chris Van Hollen (D-MD) to label it an “unconscionable attack” on Medicaid since it would cap federal payments that are sent to states for the program. It is true that the House bill would reform Medicaid by ending the open-ended federal funding for the program and establishing “per capita caps” for each patient population in Medicaid. Under the proposal, spending at current rates would be limited to Medical CPI (Consumer Price Index) for nondisabled adults and kids and medical CPI plus one percent for the disabled and elderly population.

Doug Badger and Grace-Marie Turner of the Galen Institute unpack the House proposal and estimate that Medicaid annual per capita growth spending would be slightly restrained — dropping from 4.4 percent under current law to 4.2 percent under the House bill. Most of CBO’s projected savings are derived from its estimate that there will be 14 million fewer enrollees by 2026 due to the repeal of the individual mandate and termination of the 90 percent federal match for future state expansions to noncore Medicaid beneficiaries, notwithstanding the fact that 19 non-expansion states have debated this issue thoroughly over the past seven years and are unlikely to change their approach any time soon.

IS THE CBO PREDICTION THAT 23 MILLION MORE INDIVIDUALS WILL BE UNINSURED RELIABLE?
No. CBO’s record of making these admittedly difficult projections is poor. CBO predicted 24 million would be enrolled in exchange-based coverage this year; but less than half (10 million) are actually enrolled. Even as major insurers continue to bail out of the program, CBO continues to predict ample enrollment growth in this collapsing market. A couple weeks ago, Anthem announced it would be exiting Ohio, leaving the Buckeye state with no insurer for 18 counties. This is a substantial development. Katherine Hempstead, as senior adviser at the Robert Wood Johnson Foundation, in an analysis earlier this year wrote, “Anthem is the most significant Obamacare market participant.”

Muddying matters further is the independent Center for Medicare and Medicaid Services Office of the Actuary analysis released on June 12, which predicts that about 10 million more people would have coverage under the House bill than CBO predicts.  That is still a reduction in coverage but a lot less than CBO’s analysis suggests.

HOW CAN THE SENATE IMPROVE THE AHCA AND PASS A BILL?
Notwithstanding the hyperbole and misunderstandings of the House bill, the legislation can certainly be improved in several achievable ways by the Senate. The following are a few examples:

Such a package would still give conservatives what they fundamentally want — a rollback of the most onerous provisions of Obamacare and a phased-in approach that minimizes disruption of uprooting a very complicated and far-reaching law.