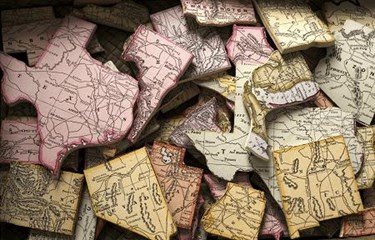 State lawmakers continue to spearhead legislative boundaries to automatic biosimilar substitution at a rapid clip across the nation, with 33 states and Puerto Rico having taken action and with bills pending in eight more states. The U.S. Food and Drug Administration (FDA) oversees approval of biosimilar interchangeability designations and in January released its long-awaited draft guidance detailing the agency's expectations for demonstrating such interchangeability. However, achieving “interchangeable” status (i.e., demonstrating that a biosimilar may be substituted for its reference product under the FDA rules) will only be one step toward attaining product substitution, as overarching control is being assumed by state legislatures. In the laws enacted thus far, sunset clauses, errors, and omissions have appeared. Add to that the dissimilar requirements observed from state to state, and it becomes clear that it’s imperative to keep abreast of legislative activity.

Click on the image above to view the complete table.

Most of the legislation that has materialized deters automatic substitution and safeguards the physician-patient relationship by ensuring transparency and communication. The legislation typically includes requirements that follow five principles sanctioned by the Washington-based trade group Biotechnology Innovation Organization (BIO). BIO urges that these principles are essential for overcoming challenges that did not exist for small molecule generic medicines:

Fragmentation Among The States

Massachusetts, which has an industry-friendly regulatory climate, enacted a bill in 2014 that aligns with all five of BIO’s principles on biologic substitution, creating opportunities for innovative drug manufacturers. Overall, Massachusetts has a favorable environment for prescription drug reimbursement. DRG, through its Formulary Insights analysis, points to ample opportunity for high prescription drug volume in the state due to a high concentration of residents with commercial health insurance, an uninsured rate that is well below the national average, and expanded Medicaid eligibility.

While most states, like Massachusetts, have enacted laws that incorporate all five BIO principles, the laws from coast-to-coast are not uniform.

Virginia was the first state to limit biosimilar substitution with a bill requiring pharmacists to notify the prescriber of any substitutions and provide the patient with retail cost information for both the prescribed biological product and the interchangeable biosimilar. However, Virginia's statutory provision requiring provider notification expired in 2015, and it is not yet known whether it will be revived.

From the get-go, Florida did not require that prescribers be notified when their prescriptions are modified. After Florida's law was enacted, BIO released a statement noting the legislation fails to ensure physicians are notified when their prescriptions are modified. The organization added: "We hope the state will continue to assess physician transparency measures as the market for biologic and biosimilar medicines evolves."

In the states of Georgia, Idaho, Kentucky, Montana, Nevada, New Jersey, and North Carolina, pharmacists are not required to notify patients of substitutions.

The state of Washington adopted the prescriber and patient notification requirements, but not without opposition that may ultimately drive reexamination. Public comments called the bill a “starting point” that wrongly included notification provisions that have not traditionally been required for generic drug substitution. DRG’s Formulary Insights analysis indicates that Washington is a tough regulatory environment for industry, with most legislative activity tending to favor consumers and providers. Pharmacists must automatically make biosimilar substitutions in Washington if the substituted product has a lower wholesale price than the reference product, the prescriber has not prohibited substitution, and the patient does not ask for the reference product. Also, when filling a prescription under a state-purchased healthcare program, pharmacists in Washington must substitute a preferred drug in place of a nonpreferred drug in a therapeutic class. Pharmacists are required to make those automatic substitutions until Aug. 1, 2020, as the law contains a sunset clause.

There are those who opine that regulatory uncertainty is likely to curtail eagerness among companies looking to develop biosimilars. Indeed, one-third of the states still have not enacted laws addressing substitution. And there are missteps that need addressing. For example, some state laws refer to the “Orange Book,” which is a public resource for FDA-approved generics. But it is the “Purple Book” that the FDA uses to list biological products, including any biosimilar and interchangeable biological products licensed by the FDA.

And there are other concerns that have been overlooked. Most of the state laws cover retail pharmacist dispensation of biosimilar products rather than provider-administered biological products, which are what applications concerned in the initial round of FDA-reviewed biosimilars. Therefore, these laws don’t require that patients be notified in office treatment settings when prescribers are doing the substituting themselves.

The actions taken by states to date illustrate an acknowledgement among most lawmakers that biologics require a different approach from traditional, small molecule generic medicines. Some of the existing laws need amending to correct overlooked issues that should have been addressed in the first go-around, but adjustments are expected to come as biosimilars enter the market. The ultimate goal for the industry is to work toward safeguarding physician-patient relationships and protect against the inappropriate usage of biosimilar substitutes, and BIO is pleased with the progress made at the state level.

Plues believes the 17 states that have yet to act will ultimately come around.

“We are very optimistic as we have the momentum,” he said, “but more importantly these bills will actually bring down prescription drug costs by giving patients easier access to these lower-cost biologic medicines.”

Stephanie Hoops is a market analyst with the Market Access team of Decision Resources Group (DRG). In her work with the healthcare data and analytics firm, Hoops has authored numerous reports and delivered presentations designed to help clients navigate the managed care landscape and hone their business strategy. She is focused on state policy issues impacting the pharmaceutical industry, formulary plan designs, payers and other stakeholders in healthcare, including a Policy Tracker database that monitors legislation and regulation and is incorporated into DRG’s new Formulary Insights module, which is part of Health Plan Analysis product suite.

Hoops is based in Southern California and is also an attorney and award-winning investigative business journalist. Her work has appeared in numerous publications, including Bloomberg, The National Law Journal, American Lawyer, The Boston Globe, the San Francisco Chronicle, and The Detroit News. She holds degrees from the University of Michigan and Northwestern University.