Pulling Together To Thwart A Silent Killer 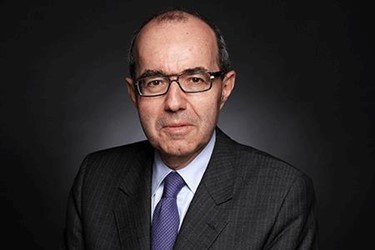 As we start 2018, those of us in the healthcare sector are anticipating greater progress in global health. Without a doubt, healthcare has been transformed over the past five decades, through innovation in both prevention and treatment of disease, as well as through partnership and engagement programs to make healthcare universal. Yet a major part of what we have already achieved is now under serious threat. The threat stems from antimicrobial resistance or AMR, as this silent killer is called.

It is clearly not that AMR is unknown or newly discovered. On the contrary, it is recognized as one of the most serious public health threats worldwide. It has been on the agendas of G20 and G7 Summits and has become a focus of the WHO and many global leaders. However, despite the scary numbers — the potential of 10 million people per year dying from AMR by 2050 based on current projections — we have not seen anything equivalent to the concern shown for other pandemics and limited movement from summit talk to action. One reason may be that AMR does not have the recognizable “face” of disaster. It is not a train crash, an ecological disaster, or a disease epidemic such as Ebola or Zika scaring all of us. It is more of a silent killer.

People only fully realize its consequences when they or a member of their family suffer from a bacterial infection which proves resistant to treatment.  From a health community perspective, AMR has crept up on us over a period of time where we perhaps complacently believed we had effectively dealt with any number of established diseases and could now save our attention for a few new ones. Yet already today, an estimated 700,000 people die each year because of the growing number of infections resistant to treatment.

We now have to recognize that AMR could force us back to a time when relatively common infections and minor surgery could prove fatal. Common surgical procedures such as hip replacement and treatments such as chemotherapy require antibiotics to ward off infections. The threat from AMR grew gradually overtime, but the need to counter it is indisputably here and now.

The life sciences industry recognized this as expressed by  the support of more than 100 companies and associations for the Davos Declaration in January 2016 and the AMR Industry Roadmap (September 2016). This support was translated into a unique initiative: an alliance of 101 companies from across the industry with a shared goal of overcoming AMR. The AMR Industry Alliance https://www.amrindustryalliance.org/  embraces members from large R&D pharma, generic manufacturers, biotech, and diagnostic companies. These member companies – notwithstanding the normal fierce competition between them — have committed to sharing information and jointly reporting on four key areas: R&D, appropriate use, access to treatment, and reducing the impact of manufacturing on the environment.

The first report from the AMR Industry Alliance has just been made public (https://www.amrindustryalliance.org/progress-report/). It takes a hard look at the progress made in combating AMR from the Alliance’s membership of large R&D pharma, small biotech, diagnostic and generics companies. The findings of the survey illustrate both the challenges the healthcare sector faces in tackling AMR and how the industry is essential to winning this battle.

The report shows that there are many factors contributing to inappropriate use and AMR. If inappropriate use was managed, it could mean that more existing antibiotics remain effective longer. At the heart of the problem however, is an even greater challenge: bacteria always have been able to protect themselves from naturally occurring antibiotics by evolving resistance. This means that any antibiotic that is used will ultimately drive resistance. To stay ahead of this, and to keep the health progress we have already made, R&D and new antibiotics are a necessity.

The report shows that in 2016 alone, AMR Industry Alliance members invested at least $2 billion in R&D to counter AMR. This figure, despite not representing the total industry investment, is substantial. A 2017 BCG report for the German government, for example, estimated that over the same period, governments made available a total of $500 million for R&D for new antibiotics. Whilst the private sector investment is impressive and on the positive side has more than 40 products in late stage development, including quite a number of vaccines, one has to acknowledge that it is by far not sufficient to address the problem. Furthermore, it is very fragile given a fairly hostile economic environment. High-risk investments for new much needed antibiotics will be difficult to sustain under current conditions where new antibiotics will remain on the shelves as reserve and last resort, and there is no economic return. In this respect, companies provide a somber assessment, more than half stating that they will have to scale back their AMR R&D investments unless the economic ecosystem changes.

The economic impact of AMR is huge — estimates are of $100 trillion lower GDP on a global level. Given these figures, it is actually quite astounding that the emerging consensus on the need for sustainable pull incentives to encourage long-term investment in AMR R&D has not moved from talk to action. Progress on this front is urgent. There is need for open-minded conversations amongst all of the key stakeholders, including international organizations, governments, the public health community, civic society, and the private sector. Discussions are needed on sustainable incentives to avoid a looming public health disaster, as well as  on incentives which aim at rewarding success.

The AMR Industry Alliance is already a significant cross-sector coalition, but so far represents only a portion of the companies involved in addressing AMR. We want to increase its membership substantially over the next year. We are calling for more life sciences companies — particularly SMEs and generic manufacturers — to join us and contribute to our plans and efforts.

The fight against antimicrobial resistance will be long and needs to address the environment, appropriate use, access as well as R&D and innovation. The life sciences industry is prepared and committed for the long haul.

Thomas Cueni is the director general of the International Federation of Pharmaceutical Manufacturers and Associations (IFPMA), which represents the research-based biopharmaceutical companies and associations across the globe and has official relations with the United Nations, and is the Chair of the AMR Industry Alliance, a coalition of over 100 biotechnology, diagnostic, generics and research-based biopharmaceutical companies and trade associations that was formed to drive and measure industry progress to curb antimicrobial resistance