Quality By Design, Should Pharma & Biotech Suppliers Be Ready?

Quality by design, oh my … is it salvation or mere vexation for manufacturing and other suppliers to pharma and biotech companies — or something else entirely? 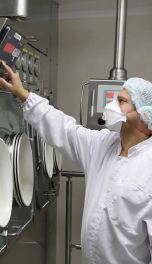 I came out of a UPS (United States Pharmacopeial Convention) meeting last October with the strong impression that QbD was surging across the globe as the ultimate solution in risk management for the bio/pharma supply chain. Now I’m not so sure. Despite declarations, conventions, and even extensive guidelines from regulators who want to see it happen, QbD is not quite the tidal wave I first envisioned. The innate conservatism of Big Pharma and the persistence of Byzantine regulatory disincentives are two key reasons; another, the lack of a clear payoff for smaller companies. Because it largely comes down to a productby-product decision, the case for more universal adoption of QbD over conventional QA remains at least equivocal.

For large companies, the QbD proposition is naturally scary. It would bring an unprecedented transparency to their relationship with regulators, essentially “opening the books” on production even in clinical development. For some companies and compounds, the shared openness could offer advantages, such as collaborating
with regulators for smoother process selection. But for most companies — where clinical trials are notoriously messy with false starts, discarded protocols, less than perfect data, and so on — such transparency has little or no appeal.

Still, I believe new regulatory pressures for change will eventually prevail, and QbD will become a core capability for companies and their suppliers. In that case, it will profoundly affect most if not all players in every conceivable aspect of drug manufacturing, from the bench — where molecules are first characterized — to end product, packaging, and distribution — where QbD covers stability. QbD is not a tsunami but a rising tide, yet one strong enough to sink some boats as it raises others.

Are CMOs and all the others potentially affected ready for that tide? Or should they even want to be? QbD will likely become ubiquitous, but not universal. Many wellcharacterized molecules may be produced with no more than the time-honored methods used in legacy systems. Lower-cost QA and risk-management options must remain available to smaller companies with limited budgets. But those are the exceptions that prove the rule. For most companies and their suppliers, investment in QbD will be an unavoidable necessity.

What is QbD, really?
QbD is not just about producing a consistently high-quality product or avoiding regulatory oversight — it is about having systems in place supported by data that can assure regulators (or clients) that you will consistently produce high-quality product. That assurance may allow you to forego some reporting requirements or to make you more competitive, but not to escape end-product testing for purity, strength, and stability.

Quality standards are not static; they evolve as science and technology advance, mainly with new drug products, but also with new approaches to older drugs. Qualities such as aggregation, concentration, and potency continuously increase in importance along with the flow of advancements in pharmacokinetics, physiology, and precision measurement. For many new products, especially in biotech, new standards may become increasingly unreachable by the old methods.

QbD is not an all-or-nothing option. It consists of countless possible configurations of innumerable parts and processes, many of which are still in development. Depending on client demand, a supplier might implement a QbD system partially or incrementally, from the simplest in-line tests to a complex “design space” for an entire robotically controlled production line. The industry is abuzz with new production models to measure and control critical quality attributes (CQAs), using tests and testing procedures at multiple stations along the process flow. Such models, used widely in other industries, could boost output quality, and thus efficiency, in state-of-the-art processing. Manufacturers also shared their experience with applying analytic techniques to entire processing systems. It seems, at least at this point, that every QbD system is unique, the sum product of product attributes, manufacturing standards, and negotiation with regulators. Some experts see increasing standardization or indefinite customization in QbD’s future. But here’s one thing all the experts agree on — the pharmaceutical industry has heretofore always steered clear of the quality-improvement stream, resisting all moves to update its QA management tools. The most important benefit of QbD might be to force the industry off its collective behind to make improvements it could otherwise never bring itself to make.

Suppliers such as CMOs are meanwhile stuck with a hard choice: whether to stay with the old ways or help lead the way to QbD. If seen only as a decision about technology — whether to invest in new equipment and instrumentation as a new industry standard — adoption of QbD among suppliers will likely be slow. But there is another way to look at the choice: no change versus the chance to gain a competitive advantage in risk management and quality output. There is no need to sell clients a QbD “package” — your design space or process technology. What counts is the confidence in your ability to meet product specifications based on proof of consistent results. In short, QbD could enable suppliers to give their clients the same assurance of quality that regulators need and ever more frequently demand.

If you’re not ready to take the plunge into QbD just yet, you should at least do some homework to learn the basics of what it is you’re postponing. The International Committee on Harmonization (ICH) offers some great background documents or Guidelines on Quality Risk Management (QRM) that include Guidelines Q9, Q10, and Q11, all dedicated to the essentials of QbD:

• Guideline Q9 looks at the principles of QRM including risk assessment, control communication, and review, as well as risk management tools such as failure mode, effects, and criticality analysis and fault tree analysis, and potential QRM applications at key stages in the supply chain.

• Guideline Q10 applies QRM principles to pharmaceutical quality systems, from creating a product profile to methods of testing the compound against its profile for safety and quality. It examines models for continuous improvement of systems, processes, and product quality over time, including QbD.

• Guideline Q11 takes QRM into preclinical and clinical drug development and manufacturing, covering production of raw materials, steps to manage impurities, meet GMP standards, and so on — again, including the use of QbD approaches throughout the production line.