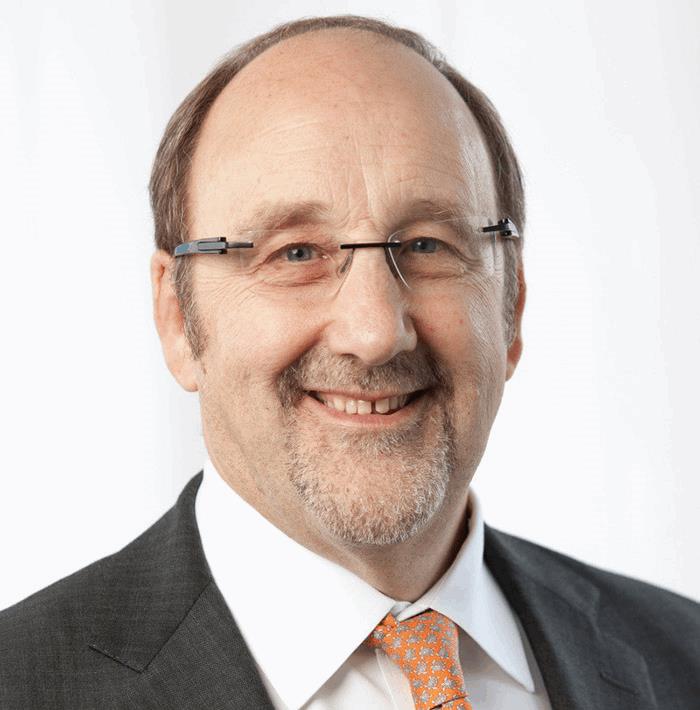 Over the past few years, Allergan has garnered a wide variety of front-page news headlines, including a hostile takeover attempt by Valeant Pharmaceuticals and an activist investor, a subsequent $70 billion acquisition by Actavis, and a foiled $160 billion inversion merger with Pfizer. More recently, the company sold its generics business to Teva for just over $40 billion and is today rumored to be in the running for the possible acquisition of Biogen.

Although it may seem like Allergan’s chess pieces are in constant motion, one has to remember that there is a lot of thinking that takes place prior to any strategic move ever being made. What follows is a discussion with one of Allergan’s key leaders — chief R&D officer, David Nicholson, Ph.D. — regarding the decisions the company is making related to its R&D pipeline.

1. Why has Allergan decided to focus on seven therapeutic categories (i.e., urology, GI, anti-infective, aesthetics and dermatology, women’s health, CNS, and other)?
Our goal is to have leading positions in all of the therapeutic areas where we are active and to reinforce these positions through our open-science model. When I say reinforce, I mean to further establish an R&D pipeline in the therapeutic areas in which we are working, as well as look for opportunities and adjacencies. For instance, in CNS, Allergan is active in schizophrenia, bipolar disorder, depression, and Alzheimer’s disease. At the moment, we have no projects or products in Parkinson’s or multiple sclerosis (MS). In GI, for example, we have projects and products in IBD (inflammatory bowel disease) and IBS (irritable bowel syndrome). However, we are not currently active in GERD (gastroesophageal reflux disease) or NASH (nonalcoholic steatohepatitis). These are examples of adjacencies surrounding our present projects and products that we would like to expand into to maintain and grow our leading positions.

2. Can you elaborate on what you mean by open-science platform?
Open science is our model for how we want to approach R&D within the modern-day biopharmaceutical industry. While our research teams are competitive and working on a global scale, the reality is we primarily fill our pipelines by connecting with folks in the outside world. This is because there is much more research being done beyond the four walls of Allergan. Ninety percent of all present-day blockbusters are marketed by companies that didn’t do the original discovery. As such, it is our belief that the most productive way to fill Allergan’s development pipeline is through partnership, licensing, and collaboration. Therefore, a key focus for us is developing and maintaining the core competencies necessary to successfully take partnered, in-licensed, and collaborative compounds all the way through to registration or commercialization.

3. Can you share some examples of using open science to build Allergan’s pipeline?
Sure. Let me start with VRAYLAR (cariprazine), which was recently registered and launched for the treatment of schizophrenia and bipolar mania in the United States. The original cariprazine agreement was signed more than a dozen years ago (between what was once Forest Laboratories and Gedeon Richter) and is an example of an in-licensed early-stage R&D effort. Sometimes partnerships take many years of collaboration before a product hits the market. In other words, when developing biopharmaceutical collaborations, you have to be willing to be in them for the long term.

Another example is KYBELLA (deoxycholic acid) indicated for improvement in the appearance of moderate to severe convexity or submental fullness (i.e., double chin) in adults. This product (recently approved by the FDA) was obtained through Allergan’s $2.1 billion acquisition of Kythera Biopharmaceuticals. Here is an example of us acquiring a late-stage asset (right at the time of registration) that aligned with our medical aesthetic franchise. Though we have taken this product through to launch and commercialization, we continue its development outside the U.S. and are investigating other indications as well.

In 2015, we did a $560 million deal to acquire Naurex, a company developing a fast-acting antidepressant, rapastinel (GLYX-13). Naurex had generated some Phase 2 data showing antidepressant activity taking place within hours of treatment initiation in patients who hadn’t previously responded to standard antidepressants. In January of this year, it was announced that Allergan had secured the FDA’s breakthrough therapy designation for this agent. The point is — Allergan does collaborations and partnerships at all stages of development throughout our therapeutic areas.

4. In comparing the pipeline of Allergan (a $16.3 billion company with 65+ R&D programs) to a much bigger company (e.g., Pfizer, which generated $60 billion in revenue last year with 92 R&D programs), doesn’t it seem as if Allergan is perhaps being a bit too aggressive, R&D-wise?
I avoid getting involved in interviews that compare and contrast Allergan with any other company, but we think Allergan’s pipeline fits with the R&D budget and available resources. When we merged Actavis and Allergan, we took a look at the combined pipelines and prioritized projects. After a rigorous review, we decided to stop certain projects that we didn’t feel were going to be registrable, innovative, or meet an unmet medical/ clinical need. With regard to our R&D budget, we have a fixed percentage of turnover. Brent Saunders [Allergan’s president and CEO] has made it clear that R&D should have the money that such a pipeline deserves (i.e., pipelines with an abundance of Phase 3 programs require more available resources as Phase 3s tend to be expensive). If, in the future, we have fewer Phase 3 programs — if that is ever the case, hopefully it won’t be — then one can expect the R&D budget to go down.

5. Could you walk us through in a bit more detail the decision-making process behind stopping certain projects during the Allergan-Actavis merger?
I worked very closely with Scott Whitcup, who, prior to the merger, was EVP and chief scientific officer at Allergan. Prior to day one of the new company, you can’t jump the gun, and you can only discuss things with each other that you would be willing to discuss with any competitor. So clearly we made sure we were respecting the regulations and relevant laws. However, what we did do (independently) was to prioritize our pipelines. To do this, we first agreed upon a common, one-page template that described our pipelined projects, therapeutic areas, mechanisms of action, patent positions, projected peak sales, stage of development, etc. Then we (independently) filled out the template and prioritized our company’s pipelines prior to day one. On day one of the new company, we lifted the veil and showed each other our analyses. This made it much easier to get things up and running, because we had insight into the company’s pipeline prioritized by people who were intimately familiar. Within a week of the new company, we had a joint meeting involving R&D and commercial to discuss each other’s independent prioritizations. There was almost total agreement as to which projects should be stopped. Sure, maybe a few of these projects/products could have made it. But the reality is that, as a company, we can’t pursue every opportunity. So the decision was made to invest in the ones we thought had the highest potential for success. For a project to be continued, it had to fit fairly and squarely within the new company’s seven therapeutic areas. After that it was pretty simple stuff (e.g., does the project team know the clinical needs, is there commercial potential, what is the ability of technical and regulatory success?). If you can take a rather coldblooded look at your projects with an objective eye, you can clearly determine which ones should be stopped. Scientists can always think of a reason why to do an experiment. And sure, it could work. But if you are able to look at it and determine that the odds are pretty slim, or put a firm decision in place that if an additional “killer” experiment/study is done and is proven to not be active, then it will be stopped. Scientists tend to respect such data-driven decisions.

What is something you learned from working at Bayer Crop Science you find beneficial in your current role at Allergan?

When you’ve worked for a couple of decades in R&D in the pharmaceutical industry [says Allergan chief R&D officer, David Nicholson, Ph.D.], there is the potential danger as a leader to feel you know it all or more precisely, feel you know a discipline perhaps better than some of the people reporting to you. When I stepped out of the pharmaceutical industry to work for Bayer Crop Science, I knew a lot about running R&D organizations and leading scientists, but I knew very little about agriculture. So if I was going to be an effective leader, two of the things I had to do was trust and empower the scientists who were working for me.