Reversing The Villain Du Jour Image Of The Pharmaceutical Industry 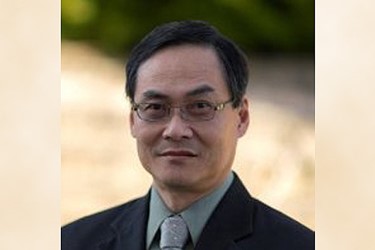 In the healthcare system, especially with the current opioid crisis responsible for the deaths of tens and thousands of Americans, the pharmaceutical industry has been largely villainized as greedy mongers apathetic toward human suffering. This is in sharp contrast to the initial perception, not too long ago, as an industry that delivers life-saving medications for a multitude of human diseases. Regrettably, such a sacrosanct notion of the industry is not sustained, despite that a substantial number of diseases are now treatable with modern medicines. Keeping in pace with more sedentary lifestyles and longer life spans, which herald in more modern diseases, will be a challenge. Unfortunately, until hitherto, the pharmaceutical industry has not been too successful in this fight.

There are many reasons for the deterioration of the industry’s public image; the most glaring of which is the costs of some prescription drugs. An ethical concern is in the inequality of wealth, where some patients forgo or are inaccessible to needed medications to the detriment of their health, and ultimately to society. In the coming U.S. election, it is anticipated that the assaults on the pharmaceutical industry will be intensified, and the industry will be positioned as a convenient punching bag and scapegoat for the ills of society. This is reminiscent of the remark from President Trump about the cost of prescription drugs, “They are getting away with murder!”  In some ways, this is an inevitable phenomenon in a free-enterprise society, where profit seeking dominates and corporate leaders focus on short-term gains. However, granted that there are bad actors, this broad-brush view is hardly shared by the multitudes of employees working in the pharmaceutical industry. More often than not, their gravitation toward the industry, at least initially, is their desire to alleviate human diseases.

Acknowledging the current denigrated public image and the unfulfilled potential of the pharmaceutical industry is the beginning of possible changes for the better. Numerous healthcare professionals are cognizant of this impasse and are actively working to improve pharmaceutical R&D, delivery chains, and price structures. As this is a chronic and multifaceted problem, multipronged approaches will be necessary. Here, we focus on two of the most fundamental changes that need to occur.

A complete paradigm shift is necessary. In a business roundtable conference held in August 2019, nearly 200 CEOs of the largest corporations in the U.S.A, including those in the pharmaceutical industry, signed a statement to redefine the purpose of corporations: to improve society rather than to maximize profit for their shareholders. In the new declaration, corporations vow to focus on valuing customers, hiring diverse groups and compensating them fairly, and protecting the environment.  This about-turn is abrupt but timely and is essential for ensuring long-term merits and survival of corporations.

Compared to many other corporations, pharmaceutical companies have an even higher moral obligation. The commodities they provide as medicines are rather inflexible to demand and supply needs, and it is unethical to equate monetary terms with disease aftermaths. Morally, there should be a safety net for the poor.  This act is not merely altruistic. With improved communication and cross migration, wealthy societies are hard-pressed to disentangle from indigenous populations without incurring dire consequences to their own.

Pharmaceutical R&D is a risky and expensive endeavor and to fulfill public expectation for disease breakthroughs at affordable drug prices is more than possible at times. Although the FDA’s approval of novel drugs was at its highest in 2018 (56, excluding vaccines), the general investment return is expected to be low, with few potential blockbusters and declining market tenures of leading products (Accenture Life Science, 2019). An inexcusable fact is the high failure rate (approaches 50 percent) even for expensive Phase 3 trials submitted to the FDA in 2018. Therefore, avoiding late-phase failure in pharmaceutical R&D is more vital than ever.

To address the R&D views broadly, it cannot be overemphasized that there is a distinctive demarcation between those engaged in the R&D arenas, the preclinical and clinical scientists. For the former (primarily in nonclinical stage), the research scientists are engaged in hypothesis testing. They have to be open and teachable and allow cumulative data to direct them. Conversely, for those in development (primarily in clinical stage), except during the very early stages of clinical trials, they have to proceed with an end game in mind. Their job is to steer designated drug candidates through regulatory hurdles in the most expedient and cost-efficient manner. Therefore, innovation and thinking outside the box will be needed more for development scientists. To facilitate this, it may be necessary to trim the number of therapeutic areas being investigated, and instead, focus on fewer and very specific areas.

The concept of teamwork triumphing over individual endeavor sounds simple, but the reality is that, in an individualistic society, this tenet often only receives lip service. Nevertheless, we all know that an empowered team that functions efficiently is the crux of a successful corporation.  To win the hearts and minds of team members, a healthy team is democratic in nature. Each team member can voice opinions in a nonthreatening manner but will abide and support the final decisions made by the functional experts and team leader. Their fates are sealed to the team, i.e., they sink or swim together.

In pharmaceutical R&D, team leaders lay out the team’s objectives and guide the team toward designated goals. Each team member, normally broken-down by their respective functions, represents technical expertise that contributes to common goals of the team. Their commitment and collaboration in a matrix environment are critical to success. To avoid conflict, a team charter will be needed at the formative stage, to clarify the roles and responsibilities of members.

It is the innate character of individuals that will make or break a team or corporation. Being open to new ideas and willing to adopt new approaches to accomplish tasks are at the core of success.

If we’re going to influence the public’s perception of our industry, every individual working in pharma needs to remember that they are advocates and spokespersons for the industry — at all times. They must recognize that they are the ultimate change agents.  Over time, we can revise the public’s image of the pharmaceutical industry, and in doing so, regain the proper trust and respect it deserves for discovering new medicines for many human diseases.

Charles Oo is currently providing consulting service for the pharmaceutical industry. He has over 20 years of experience in basic and clinical drug development.