Savant HWP, A Biopharma Start-Up, Builds Its Business First And Decides On The Product Later

Industry experience and sound business principles guided the start-up and widened the portfolio options for this knowledge-rich company.

SNAPSHOT
With an industry-experienced management team and strategy, Savant Health Wellness & Prevention (HWP) is developing a novel anti-addiction medicine, an antagonist to a nicotinic receptor prevalent in the brain’s reward centers that indirectly affects dopamine regulation. Dopamine disregulation is one definition of addiction, and the potential blockbuster may help break the vicious cycle of addiction, recovery, loss of tolerance, and relapse, often leading to fatal overdose. Savant is also developing a drug for Leishmaniasis in emerging markets and for travelers, and another for Chagas disease in the U.S. human and veterinary markets. 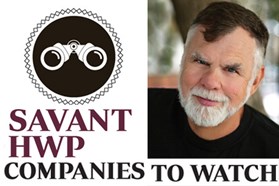 WHAT’S AT STAKE
When you find a vein of silver, follow it. In this case, silver stands for knowledge, as opposed to metals for investment and profit.

Since the JP Morgan Healthcare conference in January, where I first met Savant’s CEO Stephen Hurst, I have been encountering a rich vein of companies that have one trait in common: They started first with the resolve to build a business and only later decided what they wanted in their product portfolios. For many reasons, I believe they have a lot to teach the predominant, product-first crowd of start-ups in the life sciences industry — the same ones that often ignore essential business principles and models in their haste to “Build it and they will come.”

“You take a group of experienced biopharmaceutical executives who have been responsible for key areas of product development and get them in a conversation about what we would do if we had the opportunity to take all of our lessons learned and do something different. That’s how Savant HWP started,” says Hurst.

In particular, Hurst says, the conversation began with the question, “What are the things that we don’t want to do with our business?” The answers set the stage: “We don’t want to be the little guy competing with a $60-billion Big Pharma. We don’t want to work in areas where a lot of others are already working but in areas with significant unmet medical needs.” And, in a somewhat unusual tack for a new company: “We would prefer to fail early and cheap rather than late and expensive.”

Hurst says the latter principle stems from a basic lesson drawn from industry experience. “It is a business where you fail much more often than you succeed. The only adage that I’ve ever adopted from Jack Welch is, ‘The single biggest obstacle to success is an inability to accept reality.’” Savant also avoided being disease-specific. “We wanted to be disease agnostic. Companies fall in love with their own technologies and will beat that dead horse to the nth degree, well beyond its useful life.” Indeed, just before press time, reality ruled once again: A mid-April FDA hearing on Savant’s lead program may force the company to restart the Phase 1 program for its anti-addiction drug.

By the criteria Savant had set for itself, it searched for opportunities and eventually chose one with large-market potential and two others aimed at emerging- and special-market needs. In principle, the company is free to roam into any therapeutic area, drugs, or devices, to fit its HWP mission and identity. The Master Lesson: Even if you do start a company with a product idea, build an experience-based business plan, define your do’s and don’ts, plan for failures, and keep your options open. Another: Study companies like Savant to keep mining the silver vein.

Filed U.S. Investigational New Drug (IND) for antiaddiction drug for the treatment of substance use disorders on February 7, 2014;