With California’s 2015 deadline for serialization looming, Congress is getting serious about crafting a single piece of federal legislation that will prevent a patchwork of legislation crafted by individual states. A bipartisan bill is expected to reach the president’s desk in August. 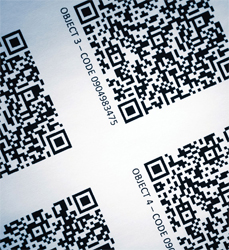 Nonetheless, the California Board of Pharmacy formed an e-pedigree committee in May to focus upon implementing California e-pedigree law. As Virginia Herold, executive director, says, “We’re moving ahead on implementation. If we’re preempted, we’re preempted.” The Board’s goal is to ensure that strong trackand- trace protection is in place in the U.S.

Bills Ready for Floor Vote
According to Chip Meyers, VP of UPS corporate public affairs, “The House version, H.R. 1919, was passed out of committee May 15.” Its goal is to prevent duplicative federal and state requirements and “to establish a collaborative, transparent process between the FDA and stakeholders to ensure a reasonable, practical transition to reach unit-level traceability.” The current bill requires lot-level traceability as a first step toward unit-level traceability. It establishes national standards for wholesale distributors, while continuing state licensing of wholesale distributors and state fee collection. It also establishes a definition and licensure standards for third-party logistics providers (3PLs) and allows the FDA or the states to collect licensing fees.

The Senate version, S.957, left committee May 22 with no amendments. Like the House bill, it calls for licensing of distributors and 3PLs. In this bill, product labeling is specified as “a human- or machine-readable, two-dimensional data matrix bar code on the package or on the case.” As Meyers reports, “As the markup concluded, the Drug Supply Chain Security Act was incorporated into S. 959, the Pharmaceutical Compounding Quality and Accountability Act, by unanimous consent. The combined bill was favorably reported out, also by unanimous consent.”

Because both bills are similar, industry associations say they each are workable, and Congress foresees no difficulty reconciling them. If the bills are approved by their respective branches of Congress, they will be reconciled. That version will be voted on again and sent to the president for his signature. At that point, it will become law.

The bill that eventually will be approved is intended as a basic framework, allowing the industry and the regulatory communities to build upon what it learns during each phase of implementation. “Lot traceability is a beginning point,” according to Elizabeth Gallenagh, VP, government affairs and general counsel, HDMA (Healthcare Distribution Management Association). Whether the final model is track-and-trace or e-pedigree at the unit level is largely a matter of nuance, she adds. The final requirement will create challenges in terms of the enormous amount of data that must be recorded, stored, and passed throughout the supply chain.

Time frames are Different
The bills under consideration significantly delay implementation. Initially, the Senate version of traceability legislation called for unit-level serialization and allowed 10 years before the requirements became mandatory. “The House version allowed more time and did not contain a self-effectuating, date-certain mandate, which thereby requires the FDA to evaluate and promulgate regulations before final enactment,” Meyers says. After markup, the Senate bill calls for unit-level traceability within seven years, with an additional evaluation and final enactment in 2027. The California regulation, in comparison, calls for 50% unit level by 2015 and 100% by 2016.

The extended time frames to phase in the federal legislation are included to allow industry leaders and regulators time to analyze the issues associated with each block of implementation process before proceeding to the next. “We need some transition period for the industry to ramp up and decide how to carry out provisions, changes in business practices, and processes,” Gallenagh says. Time is needed for education, planning, and technical implementation to ensure that the serialization plan is effective.

“Another difference between bills is the whole concept of e-pedigree. That is a technological choke point, and pedigrees can be counterfeited easier than the drugs. They are not needed with serialization,” Meyers says. The difficulty is easily underestimated by those who see the ease with which UPS and other international logistics providers expertly track packages throughout their networks in real or near-real time.

However, he emphasizes, “We’re not pushing pedigree information through a pipeline to other users, and our package-tracking systems have taken time and investment to build.” The requirement for data to be read and amended at each touch point and accessed by shippers, carriers, or end users creates an enormous database and requires massive standardization, not only of technologies, but of nomenclature. “So far, nobody has an interoperable system that provides a transaction history with a digital signature that does what the California regulation requires.”

The ideal system may be a cloud-based portal that would provide a single database from which users could store and access information. “That sounds great on paper, but isn’t necessarily the best approach,” Meyers says. It would require massive coordination, significant trust, and a huge budget, among other hurdles (such as privacy concerns). Currently, pharmaceutical manufacturers are developing their individual systems to work with internal applications and are hoping to provide connectivity later for distributors and providers.

Industry is Pleased
The pharma industry supports the federal efforts. HDMA President and CEO John Gray calls the bills “another step toward finally eliminating the current patchwork of state requirements. Establishing a federal, uniform traceability solution will offer greater regulatory clarity to the healthcare industry and ensure lifesaving medications are delivered safely to those who need them.” The Pharmaceutical Distribution Security Alliance (PDSA) is equally supportive, saying, “PDSA strongly supports passage of legislation to protect patient safety and secure the pharmaceutical distribution supply chain through a single, uniform, and national system and urges Congress to enact such a legislative solution as quickly as possible.”

If this bill makes it to the president’s desk, “It will get there via compromise. No one sector alone will be popping champagne,” Meyers says. “There will be shared pain and, hopefully, a shared sense of accomplishment.” Ultimately, however, serialization technology could eventually enable consumers to scan serial numbers for their medication into their smartphones and check a database as assurance against counterfeits.

Going forward, Germany is piloting an end-to-end serialization program late in 2013. The EU is calling for compliance by 2014 and Korea by 2015, Cathcart says. China will begin implementing a national track-and-trace strategy in 2015 and began phasing in revisions to its good supply practices June 1. “The EU is expected to implement a staged approach between 2016 and 2018. Brazil and India, which had put their serialization regulations on hold, are dusting them off.”

The message for pharmaceutical manufacturers is clear. Serialization is coming — either through California’s regulations in 2015 or through a federal bill this autumn with delayed implementation. Either way, now is the time to prepare.