Strategic Partnerships: What Companies Want, What They Are Getting, And What It Means

By Lakshmi Sundar, VP of strategy and development, Avoca Group 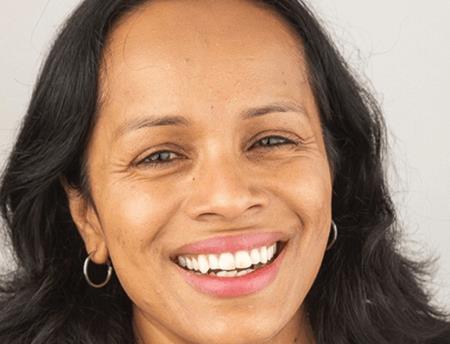 Sponsors and CROs have entered into more and more strategic partnerships during the past decade to achieve a range of shared and distinct goals. Yet, while many of the partnerships were unveiled with media fanfare, there is a shortage of analyses of what both sides want out of relationships, the extent to which their expectations are being met, and what this means for the future of clinical outsourcing. To address this gap, The Avoca Group followed our 2011 survey on strategic partnerships with a new canvassing of sponsors and providers.

Responses to the 2011 survey are testament to the then-nascent nature of strategic partnerships. The survey revealed significant disconnects in sponsor and provider perceptions of the dynamics and strengths of strategic partnerships. Approximately half of sponsors said strategic partnerships were failing to meet their expectations in priority areas such as the quality of deliverables, sparing of internal resources, and cost savings. Providers viewed their relationships more favorably, although as many as one-third of respondents expressed dissatisfaction in some key areas.

Given the long-term nature and complexity of strategic partnerships, the presence of problems and disconnects in the early years of relationships was broadly unsurprising. The questions now are whether sponsors and CROs have worked through these challenges and remain committed to strategic partnerships. To answer these and other questions, Avoca polled 130 professionals from 79 individual sponsor companies and 84 professionals from 41 providers about their experiences and expectations for the future.

DRIVERS OF INCREASED OUTSOURCING
The challenges sponsors faced in 2011 have not put them off outsourcing. In 2011, respondents said 65 percent of their clinical development spend went to providers. Today, the proportion is 69 percent. Large and midsize CROs are capturing 50 cents of every $1 spent with providers, with the rest being shared among smaller CROs, technical providers, and academic groups.

Taken together, the responses show a continued, intensifying commitment to outsourcing and the strategic partnership model in particular. Small and specialty biopharma companies, which made up one-third of the sponsors polled, are outsourcing to retain lean business models while working to deliver clinical data capable of attracting a partner, an acquirer, or investors. Larger companies are increasingly looking to such small biopharma firms for pipeline candidates and are themselves outsourcing to reduce fixed costs while accessing expertise.

WHAT COMPANIES WANT FROM PARTNERSHIPS
These general motivations for outsourcing are reflected in the reasons sponsors give for entering into strategic partnerships. Approximately half of respondents to the 2016 survey listed reduced costs as a primary objective for strategic partnerships, making it the most commonly sought goal from such relationships. The 2011 survey had the same finding.

Sponsors also have retained an interest in improving internal staff efficiency, but their motivations in other areas have changed. In 2016, fewer sponsors listed less tangible benefits, such as accessing operational expertise and improving quality, as priorities.

"A little more than one-third of clinical outsourcing spend goes to strategic partners."

Provider motivations have changed, too. In 2016, nearly half of respondents listed meeting the needs of current customers as a primary goal of strategic partnerships. This marks a 41 percent increase over 2011. That goal has replaced increased profits near the top of the list of priorities. Approximately one-fifth of providers listed improved profitability as a priority in 2016, down from 36 percent in 2011. While some priorities have changed in some areas, for most providers, increased business stability remains the most important priority of strategic partnerships.

WHAT COMPANIES GET FROM PARTNERSHIPS
At least 84 percent of respondents said partnerships met or exceeded their expectations for four of their top five objectives, including the key goals of meeting customer needs and increasing business stability. The outlier is increased profitability. More than one-quarter of providers said partnerships were failing to meet expectations in this area, despite a double-digit percentage increase in levels of satisfaction over 2011. Only one-third of providers said profitability expectations were met in the first year of relationships, reflecting the up-front investments in staffing and other adjustments CROs have to make to gear up for partnerships.

While many providers are having to wait a year or more to achieve their goals, more and more of them are doing so in the end. The proportion of providers whose expectations are being met rose by 10 percentage points or more in five areas between 2011 and 2016. The areas include primary objectives such as improved quality.

Sponsors are also increasingly satisfied with the performance of their partnerships, although on the whole they remain less content than providers. The 2016 poll found double-digit percentage increases in the proportion of sponsors whose expectations are being met in three areas, including high priorities such as reducing contracting and improving the quality of deliverables. However, the survey also found a double-digit decline in satisfaction with access to high-quality personnel.

The 2016 survey also found continued dissatisfaction with the ability of strategic partnerships to meet sponsors’ top priority: cost savings. In 2016, 45 percent of sponsors said their expectations in this area were being met or exceeded, compared with 48 percent in 2011.

Poor performance in this one area mars a dataset that otherwise suggests the disconnect in sponsor and provider perceptions has narrowed, and satisfaction with the outsourcing model overall is on the rise.

THE HEALTH OF CLINICAL OUTSOURCING TODAY
The increase in the proportion of strategic partnerships that are meeting sponsor and provider expectations is part of a broader trend that suggests the health of clinical outsourcing in general, and close alliances in particular, is improving. While disconnects persist, the gap is narrowing, and the survey suggests strategic partnerships are contributing to these improvements.

The disconnect between sponsor and provider satisfaction with relationships is narrower among companies in strategic partnerships than for outsourcing in general. There is reason to believe this finding will persist. Notably, the longer a sponsor is in a strategic partnership, the more likely it is to be satisfied with the relationship, the work delivered, and value for money. Only satisfaction with quality delivered remains flat over time.

The survey data suggests these new and existing partnerships will face persistent problems, such as an inability to meet sponsor expectations of cost savings and the failure for quality to improve over time. Yet overall the trends identified from 2011 to 2016 show strategic partnering is in better health today.