By Emily Gardel and Daniel Rudoy 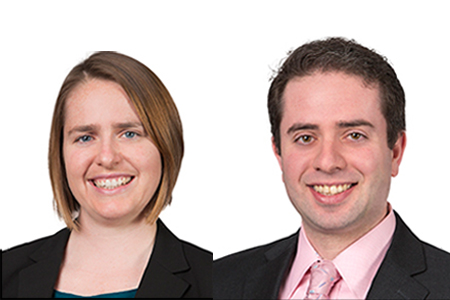 Today, companies are developing AI systems to meaningfully analyze the deluge of biomedical data. A substantial investment in building and deploying machine learning (ML) technology — the most active area of AI technology being developed today — warrants carefully considering how to protect the resulting IP, but there are challenges to doing so.

WHAT IS MACHINE LEARNING?

Generally, developing an ML system involves creating and deploying a computer program having a model whose performance on some task improves as additional data is used to train the model. In the life sciences, such data can include medical images, genomic data, and EHRs. For example, an ML model may be trained on magnetic resonance (MR) images to recognize whether a previously unseen MR image of a patient’s brain shows a hemorrhage. As another example, an ML model may be trained on genomic data for individuals with a particular cancer to predict whether a patient’s genome has features indicative of the cancer.

Today, neural networks are a popular class of ML models and are often referred to as “deep learning” in a nod to their multilayer (“deep”) structure. Other ML models include Bayesian models, decision trees, random forests, and graphical models. Indeed, rapid development of various ML tools has led to an explosion of activity in applying them to new problems across diverse fields.

Deploying an ML system typically involves: (1) selecting/ designing an ML model, (2) training the ML model using data, and (3) deploying and using the trained ML model in an application. Valuable IP may be generated at each of these stages, and it’s worth considering protecting it through patents. However, there are a number of challenges in patenting ML systems.

An invention must be new and nonobvious to be patented. This makes it difficult to patent the use of offthe- shelf ML technology even if in the context of a new application. Simply downloading freely available ML software, providing it with data, and displaying the results (e.g., to a doctor or researcher) may be viewed by the U.S. Patent and Trademark Office (USPTO) as failing to clear the nonobviousness hurdle. After all, the freely available ML software is distributed precisely so that people can perform this exact process – why, then, would it not be obvious to do so?

But in reality, building and deploying ML systems requires more work beyond simply downloading and running software. Focusing patent claims on the results of such efforts will lead to greater success. Here are three examples of potentially patentable aspects of an ML system:

The law on whether it’s possible to patent software innovations remains unsettled and unclear. Unhelpfully, this lack of clarity encompasses aspects of ML technology. According to the USPTO, a claim could be ineligible for patenting when it recites math, and USPTO examiners often say that ML technology claims do recite math since they may refer to ML models, which are mathematical in nature.

However, recent USPTO guidance has been more friendly to patent applicants, indicating that claims reciting mathematical concepts are patent-eligible if they integrate the math concepts into a practical application. Drafting patent applications to explain the technical problem that the ML system addresses and claiming aspects of the solution to the technical problem can — and in our experience has — overcome patent- eligibility challenges.

ML is a hot area, with new technology being developed at a rapid pace. Given that the patenting process often takes years, it is possible that an ML innovation is obsolete by the time a patent is granted. As such, it is advisable to focus on patenting only those features of ML technology that will likely have relevance in the future to your products or those of your competitors.

Patenting is not always the right approach, and for ML innovations it is worth considering trade secret protection as an alternative. These are very different mechanisms – a patent provides the right to exclude others from practicing your invention for 20 years, even if they arrived at the invention independently, so long as you disclose the details to the public. By contrast, there is no time limit on trade-secret protection so long as the subject matter is kept secret, and there are no eligibility, novelty, or obviousness bars to clear. However, there is no recourse for independent discovery by a competitor.

Two important factors to consider when weighing trade secret and patent protection include:

It’s possible to delay deciding between patent and trade secret protection by filing a U.S. patent application with a nonpublication request, which prevents your invention from becoming public unless and until you get a patent. If during prosecution it turns out that the patent is difficult to obtain or the allowed claims are so narrow that they have little value, the patent application can be abandoned without becoming public, thereby maintaining secrecy. This approach strikes a balance between secrecy and patentability, but unfortunately eliminates the possibility of getting foreign patent protection.

Many companies make a substantial investment in developing ML technology and should consider protecting their IP through patenting. It is important to choose the right strategies to protect your investment because, without careful planning, you may obtain patents that do not meaningfully protect your technology. Focusing patent claims on the innovative technical aspects of how an ML system is built or deployed can not only address novelty, obviousness, and eligibility challenges, but also create valuable patents. Trade secrets offer a degree of protection in circumstances where patenting is not the best approach.

DANIEL RUDOY is an attorney in the Electrical and Computer Technologies Group at intellectual property law firm Wolf Greenfield.