Taking Biotech Public: To IPO Or Not To IPO

Once seen as the primary exit strategy for a young biotech company in a booming economy, the IPO (initial public offering) became an impossible dream for many as the economy began to slide. The window is now cautiously opening, and biotechs are starting to take advantage. However, are IPOs still the best route for everyone, and are there any alternatives? 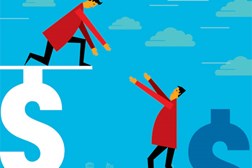 Where Are We Now?
The late 1990s saw a boom in IPOs, but the numbers plummeted dramatically in the recession of the early 2000s and the global financial crisis starting in 2007. This climate made many investors very wary of risk.

“During the financial downturn, generally investors were looking for lower-risk investment targets, meaning that we saw a fall off in biotech IPOs in 2008. However, there were still some biotech specialists that continued to invest in later-stage deals,” says Glen Giovannetti, global life science sector leader at Ernst & Young. “Mature private companies that have more advanced pipelines, preferably with Phase 2 data, or are developing products that will address critical unmet needs, have ‘stories’ that are easier to sell to investors. It’s also possible to place earlier-stage companies if they have a truly differentiated technology.”

There are now signs that the battered biotech IPO market is coming back to life again. This year has seen a rapid increase in the number of offerings, with a queue of companies waiting in the wings. “It’s currently the best IPO market in a decade in the United States,” says Giovannetti. “Through July 2013, there have been 28 pure biotech IPOs in the United States, compared with 21 combined over the past two years.”

Examples of companies that have successfully floated so far this year include bluebird bio, backed by Third Rock Ventures; Cardio3 BioSciences, a Belgian cell therapy company; Chimerix, which has a focus on antivirals and an agreement with Merck; Enanta Pharmaceuticals, with a promising hepatitis C therapeutic; diagnostics company LipoScience; and KaloBios, a San Francisco company looking into antibody therapy.

There’s also a robust pipeline, with 10 or so biotech companies waiting to go through registration. These include immunotherapy company Heat Biologics, which is working in the infectious disease and cancer arena; Intrexon, backed by biotech entrepreneur Randal Kirk; and OncoMed, a cancer company with alliances to Bayer and GSK.

“Investors are seeing that large biotech companies are performing particularly well, which creates a cascading effect, raising the values of smaller companies and increasing the appetite for IPOs,” says Giovannetti. “Big Pharma companies have also been buying out smaller biotechs at more attractive valuations, which reinforces the good feeling in the market.”

Are IPOs For Everyone?
IPOs offer investors an exit option, but can undervalue the business, are costly, and have an inherent risk of failure. As an example, in October 2009, Omeros Corp. was the first development-stage pure biotech company to go public since February 2008. According to the Burrill report, its initial share price was $10, which fell 13 percent on the first day of trading, and 44.3 percent by the month end. This performance may have soured the market for biotech IPOs for a period, but both the market and the company itself fortunately appear to have bounced back.

When considering an IPO, decisions about the financial future of the company are critical, and should be discussed from the outset. This includes balancing the need for funding with the long-term impact on the company — for example, partnering may be a costeffective route to financing, but means sharing intellectual property. Listing as a public company also affects how the company is run; this needs to be taken into account.

“There is a big difference between managing a public company compared with a private company, because of the regulatory requirements, so the right management needs to be in place,” says Giovannetti. “For example, a public company CEO will need to spend a lot of time on investor relations, particularly if follow-up funding is needed, pulling focus away from R&D and other management activities.”

What’s The Alternative?
Before deciding on an IPO, it’s important to think about the purpose of the funding, and the most cost-effective route to find that funding. Alternatives to IPOs include private investors, bank loans, providing services for a fee, applying for government or private disease foundation grants, and partnering. Another alternative is “royalty financing” for products in very late-stage clinical development or on the market, where companies give up certain rights related to intellectual property in return for royalties and milestone payments.

Australia has seen opportunities in raising capital from high-net-worth individuals, as Simon James, a partner with Audit and Assurance, Corporate Advisory, HLB Mann Judd, explains: “There has been a shift in the ‘wealth market,’ with high-net-worth people and the bigger banks looking to move away from investment in stocks and property toward a more diversified investment portfolio. This is fragmented money, but overall is a source of a lot of funding.”

Partnering with a distributor rather than spending money creating a sales force offers an alternative to an IPO. It can also add value to the company and its offering by bringing in expertise. “Going to a specialist, for example for marketing, production, sales, and other parts of the supply chain, can be quicker and cheaper. It also can be quite powerful,” says James.

Companies that want to list but don’t want to go through the complex and time-consuming process can list “by the back door.” This involves buying a business that is already listed.

“This option doesn’t have the buzz that goes with an IPO, but it is cheaper, and can inherit tax losses, which is good. However, it can also carry with it legal liabilities and the reputation of a failed company, which is not so good,” says James.

Putting It Into Practice
KaloBios Pharmaceuticals, a U.S.-based company with a focus on monoclonal antibodies for seriously ill patients with difficult-to-treat diseases, completed an IPO in February 2013, raising $70 million. The company’s route to financing began with just over $100 million in five private rounds, followed by $15 million of venture debt financing, but it needed more to move projects into Phase 2 and beyond. After weighing the alternatives for further funding, KaloBios decided to begin the process of an IPO around the second quarter of 2012.

“We felt that the IPO was the right decision to raise money to fund our programs,” says Jeffrey Cooper, CFO, KaloBios Pharmaceuticals. “While we raised a significant amount of money over the years prior to our IPO, we felt that the market was tapped out for further private funding.”

The JOBS (Jumpstart Our Business Startups) Act, which came into law in April 2012, has helped small companies like KaloBios by allowing them to talk to investors before the formal IPO road show.

“These ‘testing the waters’ meetings helped us educate potential investors, because our story with three programs in the pipeline is somewhat complex,” says Cooper. “The JOBS act has also reduced our reporting requirements, which made the whole process easier.”

A Word To The Wise
IPOs tend to go in cycles of highs and lows, and it’s always difficult to predict what’s around the corner, including whether the IPO window will stay open, or close, or whether the market, currently buoyed up by the availability of secondary financing and now IPO financing, will remain upbeat. For companies that have decided to go down the IPO route, there are a few words of advice: