The Board Meeting West — More Than Just A Pre-JPM Appetizer? 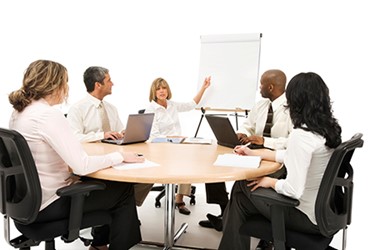 Back in December I was invited to attend The Board Meeting West, a life sciences industry event for high-level biopharmaceutical executives. Organized by Crush Life Sciences, it took place on Saturday, January 5, 2019, at The Estate Yountville, Napa Valley, CA. As the meeting happens just prior to the chaos of the annual J.P. Morgan Healthcare Conference (JPM), I imagine many executives might be hesitant in wanting to add “just one more meeting” to their already hectic schedules. But I am certainly thankful I did this year, and here’s why. For starters, the Board Meeting West provided an intimate behind-the-scenes look into the challenges often faced by biopharmaceutical executives currently serving on boards, or hoping to do so in the very near future. As the meeting was held in Napa Valley, a little over an hour’s drive north of San Francisco, attending put me in close proximity to JPM, the Biotech Showcase (BTS), and a dozen or so other life sciences industry-focused conferences taking place the week of January 6 – 12, 2019.

We all know how JPM has served as our industry’s annual kickoff for the past 37 years. As such, it is pivotal for life science leaders to be there. Teams have spent months in preparing for JPM and yet seemingly minor travel delays can prove exceptionally disruptive to even the best of plans. Thus, busy biopharmaceutical executives should consider The Board Meeting West as a critical component (i.e., the locker room pregame meeting that gets you pumped up for the big game) in readying for JPM. For not only does it put you in the right vicinity a day or two early, it puts you in the right mindset as well.

Unlike the majority of the meetings I attend, The Board Meeting West is completely off the record. This means no tweeting, no pictures, and certainly no post event recap of who said what and when. Leadership at many media outlets might struggle with such a notion, for if there aren’t any “scoops” with juicy quotes to be had, why send a member of your team? It has been my experience that many (not all) conference organizers of “off-the-record meetings” take a similar short-sighted approach (i.e., no media). Thankfully, Life Science Leader and Crush Life Sciences have a much bigger picture perspective. The value in my attending a meeting isn’t always in being the first to capture who said what, but getting ideas for future articles that could prove valuable to our readers, and networking with executives who can help us execute and deliver. There is value for conference organizers, as well. Just because a meeting is “off the record,” doesn’t mean I can’t write anything about it. Afterall, The Board Meeting West has an agenda listed online. And as this information can be easily accessed by anyone, my telling you that there was a session on “Building The Right Board,” and that it included folks like Cheryl Blanchard, president & CEO, Keratin Biosciences, can’t possibly be construed as “spilling the beans.” Further, I feel comfortable in letting you know that there were other real-world topics on this year’s agenda, such as corporate social responsibility (CSR), responding to an acquisition offer, and proactively managing board transition dynamics. These are important issues board-level biopharmaceutical executives need to know how to address, and what better way to do so than by engaging with fellow executives to gain insight from their strategies. So, while I can’t tell you who said what, I feel safe in sharing that much was said, and that the level of audience engagement was exceptional. In addition, I noted most attendees weren’t sitting with their heads down, eyes glued to their phones. Perhaps this is because serving on a board is serious business, and as such, the majority of attendees took the topics and active participation quite seriously.

Gender Diversity In The Boardroom

For a number of years there has been much discussion around gender diversity in corporate leadership, which includes company boards. This was another topic on The Board Meeting West’s agenda, and with good reason. This past October, California signed a new law requiring all publicly traded companies headquartered in the state to include at least one woman on their boards of directors by the end of 2019. Further, by the end of July 2021, a minimum of two women must sit on boards having at least five members, and there must be at least three women on boards with six or more. Companies failing to comply face fines of $100,000 for a first violation, and $300,000 for a second or subsequent breach of the law. And though your company might be based outside California, might this be a statute coming to a state near you? And wouldn’t it be a good idea to be ready long before it does?

Over the years we have heard numerous excuses for why company boards lack gender diversity (i.e., not being able to find boardroom-ready women). If this has been your challenge, you will be pleased to know that industry organizations haven’t been sitting on their hands, but rather they have developed programs to help. For example, Women In Bio (WIB) has developed Boardroom Ready, a comprehensive program designed to elevate, promote, and place highly qualified women on life sciences corporate boards. Established in 2016 through Executive Women In Bio (EWIB), it boasts a rigorous selection process that admits only 20 women annually, with 60 women having already successfully completed the program. WIB has actually put together a Boardroom Ready Executive Profile directory. For more information you can email boardroomready@womeninbio.org. As for gender diversity at The Board Meeting West, suffice it to say it was robust, both in terms of speakers and attendees.