The Challenge Of Moving From Transactional To Strategic Partnerships

Suzanne Besaw’s job as strategic alliance manager in Strategic R&D Services Outsourcing for Bayer HealthCare has undergone a huge transition. Eight years ago, she had Bayer’s U.S. clinical outsourcing department reporting to her, and there were numerous service providers she needed to manage. 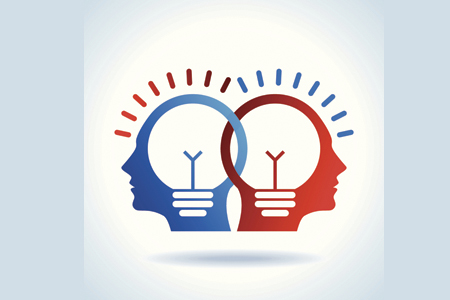 Today, that same department is working with a much smaller number of global strategic providers. While some of the challenges remain the same, others have changed quite dramatically.

When Bayer decided to move from a transactional partnering model to a strategic one, it was a new and novel approach for everyone in the company. Now, after a few years working with this model, Besaw notes personnel are past the shiny-new-penny stage of the strategy. “The initial excitement and adjustment regarding the change has faded,” she says. “The company has adjusted well to this change and has demonstrated a commitment to its selected CRO partners that perhaps has not been seen before.”

Besaw concedes the change from working with many vendors to a few strategic partners has made her life less hectic. “The number of relationships is certainly easier to manage,” she says. “When working with two or three dedicated suppliers, you have the opportunity to set up closer relationships with them. You get to know your counterparts, and they get to know what you want and expect out of them. Those expectations become clearer over time. The main benefit is you are not always beginning a new relationship and having to understand a new supplier every time you start a study.”

Of course, when working with a small number of CRO partners, if something does go wrong, it is easy for some to question whether the company should end a relationship and find a new partner. Besaw notes there is also a tendency for employees to question whether the company selected the right partners, and there is always pressure to reevaluate those relationships and consider new ones.

EXPECT COMPETITION FOR CRO RESOURCES
There are certainly circumstances under which a company might want to reevaluate its strategic relationships. Besaw notes she was once in a strategic relationship with a large CRO. At one point in the relationship, she began to have issues with the company, and the timing coincided with the CRO signing a contract with another top 10 pharma company. As soon as that contract was inked, the attention she received from that partner took a precipitous hit. It suddenly seemed like the needs of her company were no longer a priority.

“It was definitely the result of the new contract,” she says. “That could not have been clearer based on the time frame. People I used to communicate with regularly were suddenly unavailable to take my calls. Everyone was too busy to do things, and resources seemed very constrained. In the end, we had to end our relationship with them.”

If a profitable opportunity comes along, you can’t expect your CRO to ignore it. And to the CRO’s credit, no business with Bayer was ever guaranteed. About half of the company’s trials are conducted in-house. But even when jobs are outsourced, CRO partners are not guaranteed a set volume and must competitively bid on most trial opportunities. In this instance, the other sponsor company was offering a more steady flow of work. “Even if they only got half of the other sponsor’s business, that still would have been more business than they would have gotten from us,” she adds. “It was a learning experience for me. Now, when evaluating partners, I look at their size, the amount of interest they have in our business, and how much work they have on their plate.”

"When working with two or three dedicated suppliers, you have the opportunity to set up closer relationships with them."

One way to avoid this disconnect is to ensure the main objective of the partnership is clear to everyone on the team. It should be printed in easy-to-understand language and published for everyone to see. This simple action will help create a better understanding of the big picture for those team members who might otherwise be focused on a small part of the relationship that is not going exactly as planned.

“It can be difficult to see the high-level view when you are working on just one of 30 or 40 trials,” adds Besaw. “For that reason, communications relating to the big picture need to get out. Making that information available to everyone can be a challenge, but tools such as a SharePoint portal can be a big help. I have found there is a lot of information that can be shared in that manner, including news, trial information, portfolio metrics, team member names and phone numbers, and much more.”

VET YOUR PARTNERS
Deciding on the right outsourcing strategy and partners can be a difficult and time-consuming process. To help with the decision, Bayer looked to a consultant widely used in the clinical space. The firm came in and interviewed key stakeholders on the clinical and procurement teams. They specifically asked these individuals what they were looking for and what they thought was important in a partner. Based on the feedback received, Bayer opted to go with a strategic partnering approach, and then selected two partners based on its volume of trials.

To narrow the pool of CROs down to just two, a request for information (RFI) was sent out to 20 of the largest global CROs. The document was extensive and had a focus on the three key themes that were important to Bayer. The company wanted a CRO with expertise in its therapeutic area of focus, that had a global presence, and that understood the company’s data management capabilities. Vendors were given a couple of months to respond to the RFI.

An analysis was then conducted on the forms that were returned to whittle the companies down to five. Each of these firms were brought in for a full day of sit-down meetings to go through the questionnaire in more detail. These were face-to-face meetings among senior managers of both companies, including the heads of clinical, procurement, and data management.

“We wanted to know if they were interested in a partnership, if they were ready to take part in one, and what value they thought they could bring to the table,” says Besaw. “To some extent, a lot of these relationships are still built on trust. We wanted to look them in the eye and determine if they were being sincere. From those face-to-face meetings, the five CROs were narrowed down to the final two.”

PROPER GOVERNANCE MAKES THE JOB EASIER
After the two CROs were selected, Bayer designated one a strategic partner and the other a key partner. The key partner was essentially a backup to the strategic partner and through the years has evolved into providing niche therapeutic expertise. Besaw then set up an executive committee that would meet three to four times a year. The committee provided governance to the relationships and was comprised of executives from clinical, regulatory, data management, and other critical areas. The committee allowed all of these executives to work directly with their counterparts at the CRO.

An operations committee that met monthly was also put in place. Several streamlined action committees were also developed to oversee things such as contracting, regulatory, and processing. Their hands-on work helped to determine what was most important to the individual groups. Information they developed would feed into the operations committee, which would then feed up to the executive committee.

“This creates a kind of pyramid in the area of governance,” says Besaw. “Once that governance was in place, everything ran much smoother. We now have direct access to their executive management. For example, through the executive committee, we can pick up the phone and call whoever is head of their global operation.”

Although the committees simplify dispute resolution, Besaw cautions against giving too many individuals the authority to pick up a phone and make that call. Bayer put an escalation process in place to keep these calls in check. Certain triggers must be hit for the calls to happen. Appropriate individuals are notified, often after an ad hoc meeting takes place to evaluate and assess the incident. An ideal escalation plan would only get senior executives involved when the issue has been raised through the various governance committees without resolution or agreement.

PRICING DISPUTES CAN STILL ARISE
Pricing is always a concern in any outsourcing relationship, with disagreements arising over who should pay for what. Strategic partnerships can actually have the effect of making these disputes a bit more difficult to manage. Bayer currently uses a fixed-price contracting model, with CROs being paid based on meeting-agreed deliverables. They are also held accountable for delivery.

Problems will arise when a program that has in-house experience is outsourced, since researchers have a tendency to tell CROs how they would run the study. When a CRO is told to do something different from what was originally planned, a price increase is generally the end result. Hard feelings can naturally arise when a partner is forced to absorb the cost of something that was not in the original agreement.

Besaw notes it is difficult to get someone who has invested years in a study to hand it over to a CRO partner. She now schedules an open discussion forum prior to locking in a pricing contract. At that forum, she will address concerns employees have over any aspect of the conduct of the trial. Once everyone has agreed on the proper approach to the trial, a contract is signed and a price locked in.

WHEN WILL WE BE READY FOR A CHANGE?
Will Bayer ever need to reassess its strategic partners or partnering model? Besaw thinks the decision can depend on several factors. The first is hedging the amount of risk that exists with current partners. If one of your partners is having difficulty managing resources, as evidenced by complaints received regarding the relationship, it might be time to look into a new alliance.

If you notice an increase in the volume of trials being conducted, that is another concern. Besaw cautions sponsors to also be aware of the number of trials your competitors are launching, since CRO partners may be accepting some of that business. Also keep your eye on the financial condition of partners. A struggling company can easily go under or be purchased by a larger CRO, which may impact your trial. Finally, never underestimate the human components of any relationship, especially trust, respect, and honesty.

“My boss will reach out to the most senior VP at a CRO partner if a situation arises,” adds Besaw. “If she says something, she knows she is going to be heard and they will get the concern addressed as soon as possible. They are confident we would do the same. If top executives do not have that rapport and trust, the relationships will have no emotional element. When you lose that emotional element, it is easy for relationships to go south, especially when you are not the biggest client they serve.”