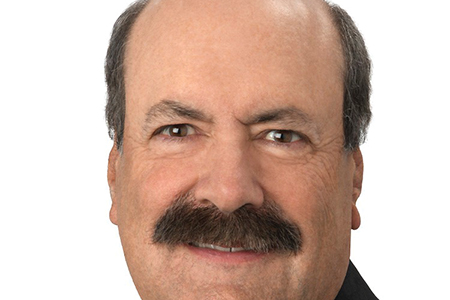 More than 72,000 Americans died from drug overdoses in 2017, including illicit drugs and prescription opioids — a twofold increase in a decade, according to CDC data. If you dig deeper into these statistics, it appears that the growth in deaths attributable to heroin and prescription opioids seems to have slowed between 2015 and 2017. But don’t be fooled. This smidgen of progress was more than offset by a wave of deaths from synthetic opioids, primarily fentanyl, which killed 29,406 people in 2017 — up from roughly 3,000 in 2013. In short, the opioid epidemic is not withering away – it’s morphing into a new and more deadly form, and we are all still playing catchup. In fact, a recently published statistical analysis of the epidemic by Chen and colleagues (JAMA Network Open 2019) shows that death rates are likely to continue to rise and that the current interventions targeting prescription opioid misuse, such as prescription monitoring programs, may have a modest effect, at best, on the number of opioid overdose deaths in the near future.

While solving this crisis seems impossible, by looking closely at key contributors to this epidemic, we can identify ways to chip away at it and change these daunting statistics. Since addiction-treatment programs have limited success and trying to reduce access to prescription opioids only leads to increased deaths from illegal fentanyl, stopping the addiction cycle has to be a critical component of a broader strategy. One area of focus is the surgical setting, where there is significant opportunity to keep patients opioid-free, thereby preventing the possibility of addiction and reducing the easy access to opioids in the home. The surgical setting contributes to the opioid epidemic in two ways: It exposes opioid-naïve patients to opioids and leads to millions of unused pills from discharge prescriptions being left in medicine cabinets, making their way out into communities. While drug overdose reversal medications and better rehab and treatment options for addicts are vitally important, it is much better to avoid addiction in the first place. We need to shift the conversation to focus on new nonopioid alternatives for pain management.

What is needed to address this epidemic is an all-out national prevention effort akin to the one that finally began to slow the AIDS epidemic in the 1990s — one that prioritizes the development and use of effective nonopioid treatments to eliminate or significantly reduce the need for opioids while maintaining as good or even better pain management.

Recognizing the significant role that the surgical setting plays in fueling the epidemic is crucial in the development of strategies to prevent opioid tolerance, abuse, and addiction. Studies routinely point to postoperative opioid use as a gateway to overuse and addiction. With more than 50 million surgeries performed each year, about 90 percent of patients are prescribed opioids, and millions of patients are expected to continue to take opioids for many months after surgery, increasing the likelihood of addiction.

To date, most healthcare stakeholders have understood and reacted to the opioid crisis primarily as a societal problem. This reaction is understandable, given the size and scope of the crisis. But what makes this crisis unique to other health and drug epidemics is that it affects individuals regardless of socio-economic status, race, culture, or education. Viewing the crisis as purely a societal problem sometimes gives rise to unfortunate consequences: namely, an underappreciation of the potential role that government and business could play in combating the crisis, an assumption that “others” are better positioned to take on this role, and the virtually sole focus on the treatment of addiction rather than on prevention. Only when leaders of industry, academia, hospitals, and government recognize and declare that the opioid crisis is, in fact, also a healthcare priority, will fighting it become a real institutional priority.

Such a declaration is a prerequisite to making substantive progress for two reasons. First, it increases expectations that healthcare institutions and their leaders will take steps to actively combat the crisis — doing so becomes an obligation. Second, it opens the door to greater innovation that is focused on prevention, considering the needs of both patients and physicians to provide safe and effective postoperative pain management. It also increases the likelihood that new approaches to addressing the crisis — new technologies, products, services, models, etc.— are identified, developed, approved, and funded. As long as journal editors reject important papers that target the “so-called opioid epidemic,” we are still in a state of denial.

I know what can be done when all interested parties focus on a common goal. During the AIDS epidemic, I oversaw the development of the HIV protease inhibitor Viracept, which went from discovery to the U.S. market in just over three years to become the cornerstone of the AIDS cocktail in the late 1990s. This could only have been accomplished with the close collaboration between the company, the FDA, and the AIDS community throughout the development process. This close collaboration between industry and the FDA was the precursor to today’s Breakthrough Therapy designation. The successful response to the AIDS epidemic by a multitude of innovative healthcare companies helped to transform not only the healthcare industry but the FDA as well, bringing much-needed drugs to patients who had no other options.

The opioid crisis has a myriad of economic and societal impacts, including declining labor-force participation of working-age men and women, increasing costs in the criminal justice system, and growing healthcare spending on substance-abuse treatment. But the most profound societal impact stems from the staggering loss of life itself and its inestimable toll on victims’ families and loved ones.

Despite all of these “costs,” the current system incentivizes the use of opioids because they are pervasive and inexpensive. We need to change this and find ways to incentivize the use of innovative nonopioid options. For example, health plans could work closely with doctors and nurses on the safest, most-proven, and most-effective approaches to manage pain without unnecessary exposure to opioids. Many health plans have instituted new programs that are helping to dramatically reduce how much — and how often — opioids are prescribed. CMS recently took the unprecedented step to pay ambulatory surgical centers for nonopioids for postsurgical pain outside their normal bundled payment, incentivizing their use.

Given the need for greater innovation, at least some stakeholders — be they states, government agencies, industry, investors, entrepreneurs, employers, or hospitals — will need to make bold commitments to stimulate innovation and greater collaboration among stakeholders.

Many companies are working to bring innovative new therapies to market that can better address postsurgical pain and prevent unnecessary exposure to opioids. It is this approach to postoperative pain management that can help reduce the number of patients who are prescribed opioids and who eventually become chronic users.

When something isn’t working in healthcare, it can take a long time to change, but in my experience, uniting all the interested parties around a single goal can serve as the catalyst for long-term transformation. These efforts will require the assumption of actual risk (financial, strategic, and reputational) but the potential benefits — in lives saved and healthcare improvements — will make the effort worthwhile.

DR. BARRY QUART is CEO of Heron Therapeutics. He has more than 25 years of leadership experience in biotech and pharmaceuticals,