The Future of Anxiety Treatment Will Be Drastically Different 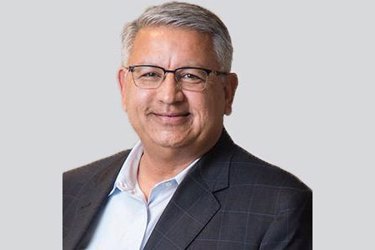 As anxiety disorders become more common and stress from the diverse impacts of the COVID-19 pandemic threaten the mental/emotional well-being of Americans everywhere, it is clear that the current standard of care for anxiety disorders falls short in meeting the growing need.

As researchers learn more about psychological therapy for anxiety disorders and medication options to complement it, efforts are underway to develop innovative medications to displace current anti-anxiety drugs that are not effective for all patients and are associated with significant potential side effects and safety concerns, especially benzodiazepines. If these new generation alternatives are developed successfully in adequate and well-controlled clinical trials, the future of anxiety disorder treatment will look drastically different from the current standard of care, and that sea change couldn't come a moment too soon.

The Rise Of Anxiety Disorders

In addition, what was already an overwhelming problem has grown significantly since the start of the COVID-19 pandemic and in connection with the onset of recent civil unrest. Data from Mental Health America (MHA) found that in June 2020 there was a 457% increase in anxiety and depression screenings from January 2020, and 80% of participants screened positive for moderate to severe anxiety. The psychological toll of the pandemic is unlikely to wane soon; studies show that negative psychological effects of quarantine can last up to 3 years and that incidences of post-traumatic stress disorder (PTSD) are four times higher among people who have been quarantined compared to those who were not.

These increases signal that more Americans are likely to seek treatment for anxiety disorders in the coming months and years. Unfortunately, the current standard of care is largely inadequate to handle to projected need.

The Current Standard Of Care For Anxiety

The current standard of care for anxiety disorders includes a combination of psychotherapy (including cognitive behavioral therapy) and prescription medications, such as antidepressants (serotonin-norepinephrine reuptake inhibitors (SNRIs) and selective serotonin reuptake inhibitors (SSRIs)), and a class of nervous system depressants known as benzodiazepines.

For individuals living with anxiety disorders that interfere with their ability to function in their daily lives such that prescription medication is warranted, the side effects and safety risks – particularly from use of benzodiazepines – are yet another challenge they must reckon with. Benzodiazepine tolerance rapidly builds, creating a high risk of abuse and physical dependency, and when combined with certain other drugs such as opioids, potential overdose and death.

The risk of dependency associated with benzodiazepines can be fatal. In 1999, the U.S. National Institute on Drug Abuse recorded 1,135 deaths involving benzodiazepine overdoses; by 2017 that number had increased to 11,537, which represented 16.4% of all drug overdose deaths that year.

Further, even psychotherapy-only approaches to anxiety disorder treatment has been altered by the COVID-19 pandemic. The shift to a primarily telehealth approach to mental/emotional disorders means many patients living with an anxiety disorder are unable to get much-needed face-to-face sessions with mental health professionals. It also means that any misuse of anxiety medications could be more easily obscured, limiting the ability of mental health professionals to adequately monitor their patients' medication regimens.

The shortcomings of the current standard of care for anxiety disorders are concerning problems, but we are not without hope that new generation medications have potential to displace decades old classes of drugs used today. We could look to the development of a new generation antidepressant medication approved in 2019 by the U.S. Food and Drug Administration (FDA) as a template for how a new generation medication for anxiety disorders without the risk of abuse and side effects associated with benzodiazepines could transform the standard of care for millions.

For example, esketamine, a nasal spray formulation of ketamine called SPRAVATO, developed by Janssen CarePath, became the first antidepressant approved by the FDA with a novel, fundamentally different mechanism of action (the way a drug works), since Prozac, an SSRI, was approved decades earlier.

Similarly, the development of a medication with a fundamentally different mechanism of action from benzodiazepines for the acute treatment of anxiety is much needed. Using the approval of SPRAVATO and the way it advanced the standard of care for treatment-resistant depression as a model, it is encouraging that the emergence of a non-systemic anti-anxiety medication with little to no side effects and a very low risk of abuse could revolutionize the way anxiety disorders are treated today. Indeed, the development of such a medication would represent the first new mechanism of action for treatment of an anxiety disorder since benzodiazepines were approved decades earlier.

As efforts into uncovering just such a medication continue, it is clear that the future of treatment for anxiety disorders will likely look drastically different than the inadequate standard of care that exists today. As the severity of the mental health pandemic increases, compounded by the impact of the COVID-19 pandemic, it is clear just such a transformative solution is direly needed.

Shawn Singh, J.D., has served as VistaGen's (NASDAQ: VTGN) CEO since August 2009. He has over 25 years of experience with biopharma and medical device companies, a venture capital firm, and a contract research organization (CRO), serving in numerous senior management roles.