The Main Obstacles To A Pharma 4.0 Program And How To Deal With Them 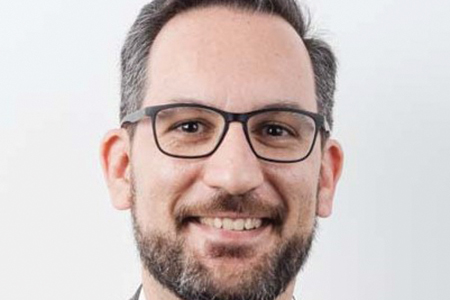 Although digitalization is widely recognized as a major step in the evolution of production across industries — including pharma — it’s not always easy to start an Industry 4.0 program. Furthermore, even with a sound strategy and the right people onboarded, there’s always something that can hold a company back from successfully implementing one of these programs.

But it’s hard to find a common factor that’s creating a barrier to the execution of a Pharma 4.0 project. It could be something related to the company, such as its history, core values, strategic goals, organizational structure, or its current competitive landscape. More likely, though, the biggest constraint ends up being related to the people making the decisions regarding the 4.0 program. Specifically, the “barrier” ends up being our innate reluctance to making changes to our normal routine. Think about when we need to change our route to work because of a car accident that’s blocking a road. We’re somewhat hesitant to change our path, even though we know that if we don’t, it could mean arriving late for work or an important meeting. Any deviation from what we know and are familiar with is instantly processed by our subconscious as a potential threat, thereby giving us pause when faced with examining new alternatives — even when we know they represent the correct course of action. This is also why incremental innovation is so widely used across different industries.

Rest assured, a Pharma 4.0 program is going to bring significant change to the organization that decides to execute it. People are definitely going to be pushed out of their comfort zones. This means that a 4.0 program will not be possible without working on the mindset of the people who will approve it — the decision makers — and on the mindsets of the people who will execute it — the project members. It is possible to identify a set of barriers for each of these groups, so make sure you understand these obstacles and have a plan for how to avoid them, if possible.

Decision makers not only authorize a Pharma 4.0 program, they monitor the results and steer the program. Being able to correctly address their concerns will therefore be very important for keeping the project up and running. There are usually two kinds of problems that arise when dealing with decision makers:

When going through the preparatory phases of a Pharma 4.0 program, usually several intermediate checks are performed with the upper and middle management to make sure that actual business needs are being correctly addressed. It is during these checks that often you will receive answers such as, “This technology is very interesting, and indeed it might be useful to solve the problem that we have as it has solved them for others in the past, but we’re different from other companies.” This is usually followed by numerous reasons why the proposed new technology will not work in the specific organization and represents a very tricky situation that can potentially lead to conflict and a stalled program. In these cases, it’s very important to get back to the basic needs that underlie a 4.0 program. A thorough analysis of these basic needs will no doubt show that “We’re not so different from other companies,” not only within the pharma and biopharma industry, but even across different sectors.

When you start a Pharma 4.0 program, new technologies will be identified and then piloted at specific plants or within functional groups of the company. Even though only technologies that have been evaluated and judged to be profitable will actually be piloted, it’s totally possible that one or more pilots will not provide the expected results or that technical implementation will fail. This uncertainty over the outcome of the different initiatives of the program could be one of the blocking factors that will prevent the start of a Pharma 4.0 program. For sure, not all the initiatives that will be carried out will have a positive impact; some will fail, some will perform according to expectations, and some will overperform. When launching a 4.0 program, it’s important to start changing the company’s attitude toward failure. Victories should be celebrated as much as failures because a mistake is always a first step toward the next success. If the organization can collect the lessons learned from its mistakes, it will always be a step closer to the successful completion of its 4.0 journey

CHALLENGES ONCE THE PROGRAM STARTS

So far, we’ve talked about the possible barriers that could be faced before the program starts. As the program begins, the team will be faced with other challenges, the main two of which are described in the following bullets. Being able to deal with these problems will mean being able to focus team efforts toward the final objective, maximizing the program efficiency, and increasing the probability of a final positive result.

A Pharma 4.0 initiative is going to last usually at least between 6 to 12 months and is going to absorb a good portion of the time of the people working on it. In fact, some resources, the so-called “project champions,” should be 100 percent dedicated to it. During this period, it will be very important that each one of the people involved will maintain a constant commitment, since this will be the basis for developing your different 4.0 initiatives, and it also will enable the project team members to grow with the project and acquire a unique set of competences that will not be possible to retain otherwise. It’s better to aim for a small team that will be able to provide constant effort than for a large, part-time, and widespread team.

We’ve said that not all the initiatives that will be piloted will result in a success. This means that during the process, plans will change, and the company might end up with a result that is somewhat different compared to the one envisioned at the beginning of the program. At the same time, new ideas might be generated within the team and refine or substitute projects that were initially identified. A 4.0 program is an iterative process during which the team should be able to change and adapt based on the results obtained and on the knowledge that is being gained through this process. The project team members, and sometimes the final users, will become co-creators of new applications of already-identified technologies and will drive the next steps of the company’s 4.0 journey. A project structure that can’t be quickly and proactively adapted to the changing context is destined to fail or, at best, to significantly underperform.

A good Pharma 4.0 program leader, then, not only plans program activities but also takes into account the possible difficulties that could be met during project execution and defines the proper corrective actions that will allow the project team to transform challenges into successes. The ones mentioned above are four types of problems that present themselves often independently of the company and of the context. They also surely represent something to keep in mind as you approach your Pharma 4.0 program.