The Many Shades Of VC/Repeat Entrepreneur Relationships 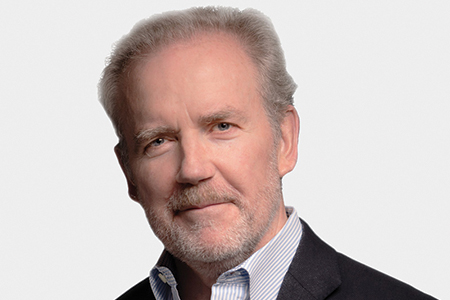 VC firms have several tenets that define their approach to making investments. Some are deeply rooted in a particular area of expertise, and some firms are even looking to computation and machine learning to model what makes a good investment. The approach we’ve employed for 20+ years at Polaris looks a bit old-fashioned in comparison, as the thesis perhaps most core to our identity and deal flow is the importance of sustained relationships with repeat entrepreneurs.

We have intentionally held back from creating a specific program or path to define these relationships, as they emerge and evolve in diverse ways. But we are always mindful of the connections we develop at every stage of company building and the dividends those can pay years or deals later. In fact, earlier this year, we had three companies start trading publicly in one week for a combined market valuation of $7 billion, all of which were founded by repeat entrepreneurs we work with.

Repeat entrepreneur is a term you might hear often in the context of life sciences company creation and investment, so we wanted to take a moment to unpack it and offer lessons for those on either side of the table. Here are our takeaways on how these relationships came to life and the many forms a VC-entrepreneur partnership can take over the course of decades. Before we jump in, it’s also worth noting that all of the individuals mentioned in this article have experiences that go far beyond those detailed here (and certainly can’t be put in a box), but for discussion purposes we’ve assigned them a bit of a label that reflects the nuances of repeat entrepreneurship.

We have created more than 20 companies with Bob, from AIR to Lyndra. He is deeply involved from the perspective of steering the science and technology and on occasion takes a board seat at the company. Bob, however, remains very much rooted in the academic world and is incredibly skilled at mentorship and development.He is thoughtful about leveraging breakthroughs in engineering to solve important medical problems and challenges others in his lab to think the same way. This, in turn, also has cultivated a new generation of academics who have done multiple companies with us.

Dartmouth professor and entrepreneur Tillman Gerngross straddles an interesting line between the operational and academic worlds. Still actively teaching at Dartmouth, Tillman has been CEO of antibody discovery shop Adimab for over 10 years and has cofounded or chaired several other companies, such as the newly public developer of drugs to treat neurodegeneration, Alector. Tillman’s entrepreneurial activities stem from his expertise and immersion in the world of yeast display and antibodies, starting with his first company, GlycoFi. He is widely known as a challenger of the status quo, and this creative thinking is a special complement to his deep scientific expertise.

Polaris and Katrine first crossed paths when she served as VP of business development at our portfolio company Adnexus Therapeutics (acquired by Bristol-Myers Squibb). Katrine was an accomplished business development leader at Biogen prior to that, known for her role in many successful deals such as the in-licensing of Tysabri. She became the CEO of one of our portfolio companies called Avila Therapeutics, which pioneered a new class of medicines, covalent drugs, to inhibit disease-causing proteins. Avila was ultimately acquired by Celgene. Guiding incredibly novel and promising science into the prime time is an area where Katrine thrives. As CEO and president of Editas Medicine, she successfully helped steer public perception of CRISPR-Cas9, which can come off as very science fiction-y to the untrained eye.

Some repeat operators come in pairs, as was the case with Gossamer’s Sheila Gujrathi and Faheem Hasnain. We first encountered the duo through our investment in Receptos, where Sheila worked as chief medical officer and Faheem as chief executive. The company was acquired by Celgene, and soon after, the pair teamed up to start Gossamer, which is building a pipeline of drugs in immunology and related diseases. Sheila is now CEO and Faheem is chairman. This dynamic is an example of the career development and building that can happen within companies.

SOME TAKEAWAYS FOR VCS AND ENTREPRENEURS

Keep An Open Mind With The Shape The Relationships Take On

I think if we had overly specific constraints of what it looks like to be an entrepreneur that works with Polaris — for example, a strictly defined entrepreneur- in-residence program — we would have missed out on a number of these opportunities. I don’t think it’s our job to take people out of environments they thrive in, but instead maintain close relationships and work with them to stoke their curiosity. Katrine’s ascension to CEO of Editas, for example, came about in part through connecting with the early CRISPR-Cas9 scientific pioneers in informal settings like a Polaris retreat. In a prior gathering, she had spent time with Tim Springer and Len Zon (two other Polaris repeat entrepreneurs) and had helped the pair launch Scholar Rock and serve as a director of the company. We are mindful of bringing promising people together around exciting ideas, but we don’t try to overly orchestrate things beyond that.

Be Prepared To Be In It For The Long Haul

Investing in life sciences is a long-term game, and an approach centered on people is no different. In fact, a number of the repeat entrepreneurs that ultimately brought us our most successful outcomes also had companies and ideas along the way that didn’t pan out. If you’re a VC, work with your clients to find success, learn from missteps, and look ahead to the next opportunity. How you treat people in the worst of times is likely what determines their willingness to work with you again.

"A number of the repeat entrepreneurs that ultimately brought us our most successful outcomes also had companies and ideas along the way that didn’t pan out."

Similarly, be mindful of the up-and-comers in the portfolio. Pay attention to the VP or director who delivers impressive presentations at board meetings or industry events and make time to connect with leaders in the company beyond the C-suite. And entrepreneurs, make your best effort to attend any mixer, event, or opportunity hosted by your company’s investors to forge these connections.

We are all so busy that it can be easy to only make the time for people when we have a specific need around a specific deal, but this type of interaction doesn’t lend itself to rich relationship building and cultivation of trust. Carve out time on your calendar to share ideas, ask for perspective, and learn from other leaders whose background is different from yours. And treat others respectfully, as your conduct and reputation will follow you outside of these interactions and places like the boardroom.

Our industry is changing fast, but we believe strong relationships will never go out of favor.