The Opioid Addiction Crisis — A Historical View From The Front Lines 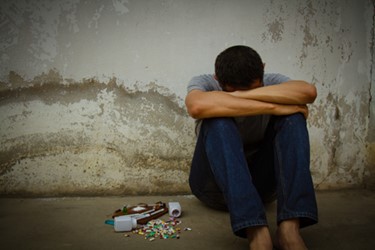 The front-page headline, “Purdue Offers Up to $12 Billion To Settle Government Opioid Cases,” in the Wall Street Journal’s Wed., Aug. 28, 2019, edition certainly caught my attention, and for several reasons. For starters, I wondered how $12 billion ranked compared to other major U.S. settlements. According to one source, Purdue’s proposed payout (if accepted) would make it second behind the $206 billion master tobacco settlement. And while $12 billion seems like a lot, some have taken to Twitter to voice that such a settlement (considering that from 1999 and 2017 the opioid crisis has taken more than 700,000 American lives) equates to valuing opioid deaths at roughly $17,000 each and ask, “Is that enough?” But before we go there, let’s keep in mind the following:

The second reason the headline caught my eye goes back to when I worked in the field for Organon Pharmaceuticals as a sales rep and district manager. Because in 2003, Organon signed a deal with Ligand to copromote AVINZA, a once-daily sustained release morphine pain medication. As such, I was on the front lines of what would eventually become the opioid crisis we see today. So, I thought you might enjoy hearing some stories of some of my experiences.

On The Front Lines Of Pain Management

The deal struck with Ligand resulted in field sales employees being given lists of high pain-medication-prescribing physicians, which were ranked by decile. For example, a doctor having a decile of “10” might require something like a call once a week. A doctor with a decile of “4” might have required a call once a month. Truthfully, we in the field found these lists, which were downloaded by territory into our field sales software management system, to be fairly inaccurate, and throughout the copromote these became a point of contention between the two companies. This is because Ligand had paid for a certain number of calls to take place during a certain period of time, which initially equated to roughly eight “face-to-face” calls per day (pretty much the industry standard at the time). However, as the company experienced employee turnover and these positions weren’t being filled, plus maternity leaves and other various absences, Organon continued to come up short on its call numbers. As a result, many of us had to make up the difference, and before long some reps were having to make 13 (or more) face-to-face calls/day. Soon we were having debates as to what a face-to-face call was, and I remember being in a meeting where an executive clarified that, “Seeing the whites of their eyes,” didn’t count. Believe it or not, we actually came up with a formal definition for what a face-to-face call was, which seemed totally ridiculous. But so too was expecting eight face-to-face calls at the time. This is because pharmaceutical companies were using “share of voice” and “reach and frequency” sales models, which resulted in the number of U.S. field sales force drug reps increasing significantly, while the number of providers remained relatively flat. As a consequence, doctors were being inundated with drug reps, and all of us soon found access to physicians becoming ever more difficult.

At the beginning of the copromote, Organon had several sales forces. Our specialty force had responsibility for providers specializing in pain management, while our primary care force called on GP/FPs with a history of pain management prescribing. And while I was responsible for primary care, I did have several occasions to interact with some pain specialists. I recall speaking with a pain doc who was explaining his approach to pain management. His goal was to get the patient’s pain under control and would then refer the patient back to their primary care physician (PCP) for continued management. He analogized it as not being much different from that of a diabetic patient, who might initially meet with a specialist to begin treatment, and then once properly managed would be referred back to their PCP. But this didn’t always happen when it came to pain management patients. This is because many PCPs (back then) were often hesitant to prescribe schedule II pain medications. So, even though this pain specialist might get a patient’s pain under control, many PCPs wouldn’t take the patients back. “So essentially they throw me this pain-management grenade and wanted nothing else to do with it,” I recall him stating. And because many PCPs didn’t want any responsibility for prescribing such products, his office was quickly overwhelmed.

Promoting AVINZA to PCPs often resulted in some very interesting and telling discussions. For example, I remember conducting an in-office in-service with a large group of family practice docs (DOs and MDs). One of the physicians stated, “I’m very hesitant to prescribe pain medications of any kind, but I’ll give my cancer patients whatever they want, cause they’re dying, and I want them to be comfortable.” On other occasions physicians might share stories of having been duped by a drug seeker. For example, one physician shared how he had a patient show up to his office seeking a prescription. Apparently, this person had some sob story of being out of town and had a medical file documenting why they have the pain that they do and what they are prescribed, etc. The physician met with the patient, and feeling they were credible, provided a short prescription to get them through. But a few days later this person shows up again, only this time using a different name and wearing a disguise. Following a protocol of requiring an in-person meeting with any pain-management patient before prescribing any schedule II drug, he says he recognized her immediately despite the disguise. “I read her the riot act and informed her that because I had trusted her on the previous occasion, I might now lose my medical license, and then I threw her out of the office with instructions to never come back,” he related. But come back they did, or should I say, at least they attempted to.

Another physician shared how when, during his residency while working at a hospital in Johnstown, PA, a prescription pad had been stolen. They only became aware of the theft when a pharmacy called inquiring about the prescription, which had been written as follows, “Mophine, one pound.”

One of the more interesting experiences happened via observation. For example, I was in a doctor’s office, which had a protocol of sales representatives checking in with the staff, and if no other sales reps were in the office, the rep could go back to the sample closet, check if anything was needed, and if so, would wait for the physician to stop and sign for samples. And while the doc was signing, the rep would typically give a short sales call. And even though we didn’t have samples for AVINZA, we did have vouchers that a patient could take with a valid prescription to a pharmacy so they could try before they buy. Anyway, while I was waiting for the doctor, here’s what happened. A pain management patient (a woman who had to be in her 60s) had been taken back to an exam room and was waiting to be seen by the doctor. But apparently, the physician wasn’t getting to her fast enough, because after being back there for just a few minutes she exited the exam room and began walking around the office calling the doctor’s name and voicing how badly she needed her percocet (a combination pain medication of oxycodone and acetaminophen) for her eye pain. She then proceeded to open up other exam room doors before staff members were able to wrangle her and escort her back to her room. But when she was stumbling around holding her eye and acting as if she couldn’t see, when she thought no one was looking, I saw her open her eyes to get her bearings in an effort to determine which exam room door she was going to open up next.

But the most unfortunate situations involved doctors who were either duped by patients or perhaps complicit. One of the doctors I called on was David Klees, D.O. I had known Dr. Klees long before calling on him for AVINZA, and was stunned upon learning he had been charged in 2004 for an illegal prescription that contributed to a patient’s overdose and death. Dr. Klees was eventually found guilty and sentenced to 12 to 24 years in prison, and I and a number of other reps (and other people) attended a going away get-together for him. But not long after, another PCP in my territory faced similar charges. His name was Paul Heberle, D.O., and he and I spoke about AVINZA on several occasions. I remember him liking the idea of a once-a-day pain medication that might help prevent a patient from becoming a clock watcher (patients on short-acting opioids that watch the clock for when they can take their next dose). I also remember him talking about wanting to find products that couldn’t be abused, and he thought AVINZA’s spheroidal oral drug absorption system (SODAS) might prove more difficult. Further, he explained that abuse deterrence was one of the reasons he was prescribing the Fentanyl patch. But where there’s a will there’s a way, and those desperate enough to get their fix tried smoking the patch, which typically resulted in death, or boiled the patch in water and drank the liquid.

One of the things going against Heberle was he was a former addict himself, which he confided with me during one call. And as the heat started to come down on him, I recall him saying how he wished he had never gone to medical school. “I wish I could just work on cars in a body shop,” he lamented. The DEA and local prosecutors went as far as creating a poster with Dr. Heberle's picture and the words “overprescribing controlled substances” and “Medicaid fraud” on it. Seem pretty fair? (If you want to learn more of Dr. Heberle’s experience be sure to read, “The Doctor Wasn’t Cruel Enough”).

Situations like these made getting treatment for pain in Erie, PA, increasingly difficult, and before long we saw stories of attempted opioid thefts at various area pharmacies. However, some of these I heard about first-hand, because in addition to calling on doctors, I also called on pharmacies. I remember one pharmacist telling me how he had received a call from someone stating they had placed a bomb in the building. “The caller instructed me to throw a supply of OxyContin out the drive-through window when they drove by to prevent them from detonating the device, which I didn’t do,” he shared.

All of these experiences happened more than 10 years ago, and yet it’s only been fairly recent that we as a society have begun attempting to address the problem. And while companies like Purdue were certainly part of the problem, there is plenty of blame to go around — including patients. Let’s hope we can all move forward, and all strive to be part of the solution. But from my perspective, withholding pain treatment from those in agony doesn’t seem sustainable. We need to create incentives that encourage companies to find new and safer pain treatments, because pain will continue to be the number one reason for why a patient opts to see their doctor. And ignoring this fact will be convenient for everyone but the patient.