The Rise Of Precompetitive Collaboration 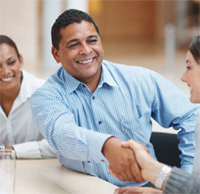 With funding tight and innovation often outsourced, biopharmaceutical firms are turning to precompetitive agreements to exercise economies of scale in areas that are common challenges to the industry and that, in the early stage, confer no competitive advantage. According to Baruch Harris, Ph.D., chief business officer, Enlight Biosciences, “Vertical integration is breaking down as companies focus upon their core competencies.” Resultant precompetitive collaborations range from public/private partnerships such as the NIH-Industry Target Validation Consortium to syndicates like Enlight Biosciences, which was formed expressly for precompetitive collaboration. “There’s a lot of experimentation with partnering structures now,” Harris says.

Drug Companies Open Up
Traditionally, precompetitive agreements were formed to develop the technology needed to advance the science. At Janssen, “We used to collaborate in safe haven areas like new technology platforms for screening or biophysical methods for measuring binding of molecules to drug targets. Target identification and validation, however, remained confidential,” says Barry Springer, Ph.D., senior director, Biotechnology Center of Excellence, Janssen Research & Development, LLC, of the Janssen Pharmaceutical Companies of Johnson & Johnson. “Now the industry is more open to sharing data around target molecules in a specific class and competing much further downstream in the drug development process where we can add significantly more value.

Companies often participate in multiple precompetitive collaborations simultaneously. Janssen, for example, is a partner in Enlight Biosciences, TransCelerate BioPharma, the Alzheimer’s Disease Neuroimaging Initiative, and, in Europe, the Innovative Medicines Initiative. As Springer, the Janssen lead for the technology-focused Enlight syndicate, says, “Right now, the capital is flowing behind molecules with shorter-term ROI, so we feel the R&D technology critical for drug development is underfunded.”

Enlight Biosciences, for example, was founded by Pure Tech Ventures upon the principle that a better understanding of the fundamental biology can lead to designing better drugs. “It’s become clear that many things have gone into clinical trials without an understanding of the underlying biology or mechanism of action. It’s not surprising there have been a lot of expensive, high-profile failures,” Harris emphasizes. Consequently, this syndicate considers the research not just in terms of science, but of scale-up, standardization, costs of goods, market barriers, and the types of experiments necessary to increase value and decrease risk. Abbott, AstraZeneca/MedImmune, Johnson & Johnson, NovoNordisk, Lilly, Merck, and Pfizer are Enlight’s member companies.

Concerns With Precompetitive Agreements
There is very little downside to precompetitive agreements except for the inability to own the technology outright. Increasingly, however, there is little value in owning a technology at such an early stage, Harris counters.

TransCelerate concentrates upon developing standards and processes rather than on projects that could involve conflicts of interest or IP issues. Nonetheless, “We could develop IP someday,” Neil says. “We are very cognizant of antitrust issues and have strong antitrust counsel working with us. Therefore, we try to centralize and formalize things more than a company working alone.”

“Antitrust issues are a particular concern with precompetitive collaborations,” agrees Chad Landmon, cochair of IP practice and chair of the FDA Practice Group, Axinn, Veltrop & Harkrider LLP. “There are ways to engage in precompetitive agreements without antitrust coming into play, but be very careful who your collaborators are and how data is shared. You don’t want to be accused of either sharing or stealing trade secrets.” Therefore, when possible, Landmon suggests separating the team actively collaborating from the rest of the corporation to minimize the opportunity for inadvertent release of sensitive information. For example, the individuals actively engaged in a collaborative agreement on, say, Alzheimer’s Disease therapies, shouldn’t be actively working on the company’s own in-house Alzheimer’s therapeutics.

In contrast, “Antitrust issues usually don’t exist with academic partnerships, but IP concerns are the same,” Landmon continues. The IP developed in academia often forms the basis of precompetitive syndicates, which are geared toward commercialization. When working with academic partnerships, the financial structure of the deal also differs. “University partnerships expect funding in exchange for participating in the project,” whereas industry collaborations share the costs.

Advantages Of Precompetitive Agreements
“Precompetitive agreements are a creative way to share risks,” Springer says. Financially, the funds required to participate typically are low. The Massachusetts Neuroscience Consortium, for example, is funded by seven companies contributing $250,000 each. The low contribution is possible because much of the work is done in academic labs.

Entry costs vary with the organization. As Neil says, “The amount of funding precollaborative syndicates need is in the millions of dollars.” TransCelerate’s financials aren’t public, but Neil says it has established a combination of financial support and contributions in kind, such as personnel or access to equipment or facilities. In this consortium, the scientists and operations personnel actively collaborating are working directly on those collaborative projects at partner companies. “We aren’t working in isolation,” he adds. “We work with the regulatory, advocacy, academic, and industrial communities.”

Economies of scale also extend to due diligence for interesting technology. For example, Harris says, “Enlight looked at more than 100 technologies before forming this company.” Individual companies could have done that, but collaborating is more cost-effective.

The ability to shape the direction of research is another significant advantage. “Academic collaborations often lack this ability or have goals that are not aligned with commercial interests,” Harris says. Precompetitive collaborations, in contrast, tend to use a research plan aimed at commercialization. For example, “We identify the reasons a project won’t work and then determine the critical experiments needed to make it work. If those experiments are successful, we have something special.”

“Precompetitive agreements bring together experts throughout the industry, so participants can have detailed, deep discussions to shape the direction of projects,” Janssen’s Springer adds. They provide a sort of “best practices” approach to a given challenge and are structured to encourage free flow of information among participants. For example, when Enlight’s academic researchers debated the best animal model for a particular project, the syndicate was able to pick the brains of industry experts and return a synthesized answer.

There Are No “Ideal” Projects
There’s no agreement on the type of project best suited for precompetitive agreements. Harris advocates high-risk projects that, if successful, offer potentially large payoffs. The Alzheimer’s Disease Neuroimaging Initiative (ADNI) is one example. This groundbreaking study seeks to identify presymptomatic brain alterations in people who eventually develop Alzheimer’s disease. Additionally, Springer says, “There are opportunities in well-tested and validated technical platforms that may be better developed in a shared environment. For example, high-throughput screening or compound library development could be developed precompetitively. A database of preclinical toxicology data could be of high value, but not high risk.”

Regardless of the type of precompetitive agreement, calculating payback is a real challenge. Springer says, “The development timeline is long, and you would have to back-calculate.” Therefore, the determination to participate in any particular precompetitive agreement is a calculated decision based upon alignment with the company’s strategic priorities. Each company makes that decision differently. “When looking for platforms, we want to align with areas where we have the ability to compete scientifically and commercially,” Springer continues. “At Janssen, the decision starts with our strategic priorities, but opportunity also plays a role.” Projects that have the potential to be transformational would be enticing, for instance, and based upon the likelihood of technical and regulatory success.

Structure
To minimize patent squabbles, Landmon recommends listing the collaborative entity as the patent holder. Members then license the IP from that entity just as they would any other company. Having such a formal structure for sharing IP is important when there are many collaborators, because it minimizes any confusion regarding IP ownership, Landmon says. That said, a clear understanding of exactly what is contained in the resulting patent pool is necessary to avoid disputes.

Enlight Biosciences uses a similar approach. In it, members work directly through Enlight rather than collaborating directly with each other. That helps create a degree of separation among collaborators that protects members’ own trade secrets. “We have a lot of flexibility regarding the level and extent of each collaboration, so we can accommodate varying levels of trust,” Harris says.

Precompetitive agreements are becoming more popular as companies understand the relative advantages of collaborating early on the spadework that must be done to prepare the field for advances later. At this stage, before competitive advantages are possible, while economies of scale can be leveraged, collaboration makes sense.