There's More To January Than Just the JPM Conference 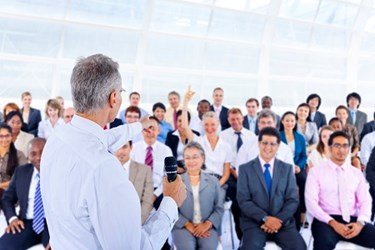 One of the biggest biopharmaceutical industry events, the 34th Annual JP Morgan Healthcare Conference, is right around the corner, January 11-14. And while the event is famous for overrunning San Francisco with neckties, as well as blowing up Twitter with its hashtag #JPM2016, there are a number of other worthwhile events also taking place. For example, just down the street is the 8th Annual Biotech Showcase #BTS2016. In fact, last year my colleague Wayne Koberstein and I had the opportunity to attend BTS, and it was very fruitful; it resulted in one of my favorite articles from 2015, “So You Want To Start Your Own Biotech?” However, as JPM attracts so many biopharma folks to the area in a very short period of time, it can be easy to overlook other very worthwhile opportunities, such as Life Science Nation’s Redefining Early Stage Investments (RESI) conference.

To RESI Or Not To RESI, Not Really A Question

If there is one thing I have learned in speaking with CEOs of biopharma startups, it’s that fundraising is an ongoing process. First started in Boston in 2013, RESI, like BTS, is geared toward early stage life sciences companies to create exposure to investors, create relationships, and eventually get funding. As we all know, biopharma investors today come from a very diverse set of sources, including family offices, venture philanthropy funds, VCs, angel groups, and corporate venture capital funds, just to name a few. Similar to BTS, RESI also offers a partnering forum that allows fundraising executives to identify and book meetings with life science investors who fit their company's technology sector and stage of development. But before you use any of these systems to line up a bunch of appointments, first take a tip from startup CEO Tony Brazzale, who reminds, “Eighty-five percent of angel investment happens in the angel’s backyard, so you need to have some focus on your local angel groups.” In other words, no matter whose partnering forum you are using, be sure you are trying to connect with investors on a number of appropriate attributes, as well as using your extended network, including service providers, as they are often the trusted advisors to investors. “If you want to get to an investor, it’s easier to go through an introduction from somebody they trust as opposed to just cold calling,” Brazzale says. But you’ve still got to be willing to do some cold calling. Last year when I asked Brazzale what three key conferences every biotech startup CEO should have on their calendar, he listed JPM, BTS, and RESI too. “I found that one [RESI] to be phenomenally helpful,” he added. Now that you know where to go, don’t forget to prepare and practice your message.

Be Prepared To Sell The Sizzle Of Your Science To Investors

Jim Hamby, Ph.D., has seen his share of investor presentations over the years. The VP of business development for Ash Stevens and former Pfizer medicinal chemist with over 25 years of industry experience has a few pointers for those would-be-scientists turned entrepreneurs. “Often it’s the technical part that stands out to me,” he says. “Do I think it is an important product? Is there a commercial demand for it? Is it something that has solved a big problem? Is there a big unmet medical need? Is it a totally novel idea? Do they have a first-in-class something, with solid-looking science that’s going to beat whatever is out there? Those are the things I look for.” While Hamby admits he pays close attention to the science, as scientists are very detailed, at an investor conferences it can be very different. “You usually have a CEO, head of business development, or chief scientific officer often presenting everything in its best possible light,” he says. According to Hamby, investors place a great deal of emphasis on the quality of a biotech’s leadership team. And while he agrees that demonstrating capable leadership to be important, he says not to overlook the significance of being able to credibly present the quality of your company’s science. An important point for biotech startups to understand when giving presentations to investors — the phrase “sell the sizzle, not the steak” was coined by stockbrokers, not advertising or marketing folk. Because this is how investors think, you must be able to sell the sizzle of your science in small digestible pieces so investors can understand and get excited about your company. If you aren’t a scientist giving your company’s presentation at an event like BTS or RESI, Hamby has some additional advice. Have someone waiting in the wings capable of addressing any highly technical scientific questions you might receive. While this may seem like common sense, Hamby has witnessed such questions being dismissed with a wave of a hand and an answer of “Oh, the technical guys took care of it,” and the only thing this response took care of was the loss of the presenter’s credibility.