"They Didn't Teach Me This In Medical School": How To Navigate Being An Effective CMO 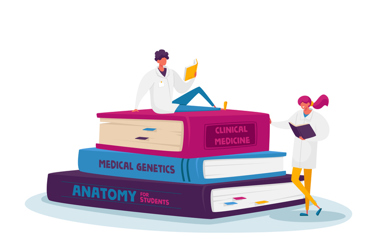 During Halloran’s inaugural CMO Roundtable Virtual Event, Laurie Halloran, President and CEO, and Robert Sikorski, MD, PHD, former CMO of a public biotech company (FivePrime Therapeutics) and now Managing Director of Woodside Way Ventures, hosted a roundtable discussion titled “The Good, The Bad, and The Ugly: What’s Really Behind the Scenes for a CMO at an early-stage Biotech.” During the roundtable, Robert shared key tips, considerations, and personal experiences on how to best navigate the transition from a large biotech to an early-stage biotech and how to succeed once you’ve landed.

Robert equated the transition from being a CMO at a large biotech to a startup to the leap that is experienced by a second-year medical student moving on to their third year. He emphasized that it takes time, a change in mindset, patience, and the right team to make a successful transition into the world of an early-stage biotech.

The role will be quite different.

As discussed in the book The First 90 Days by Michael Watkins, the reason why most people fail in a new position is because they try to do their last job. To be successful in this new role, it is important to be able to challenge existing beliefs and ways of operating and be open to adopting new ideas and approaches.

Roles vary drastically between large and startup companies. Big pharma and larger biotech companies tend to have segmented, hierarchical environments. The role one takes on there is likely very specific and focused, which can be all-consuming during a CMO’s tenure. It becomes very familiar, sometimes leading to tunnel vision and lack of exposure to the bigger picture, which is key when transitioning to a smaller biotech. A CMO may leave a large biotech with great clinical research skills and an immense understanding for the drug development process but may have never had insight into the role investors and the board play in a biotech company.

No matter how much experience a CMO has acquired over the years, there will always be a period of transition to get acclimated in their new role. Listening and observing may be the most valuable tools to utilize during the transition period. It is encouraged that one take a backseat approach during the first 60 days to watch, listen, and learn from one’s employees.

Sitting back initially is valuable as there will be a wealth of existing information that will be shared during this observational period. It is the CMO’s job to absorb as much as possible to avoid reinventing the wheel, while at the same time working to build internal relationships. Keeping a keen eye on what is observed may lend itself useful when it’s time to take action. By this point, the CMO will be more capable to lead the organization with a greater understanding of the company, inter-department relationships and internal processes.

The CMO as decision maker.

A successful CMO will let stakeholders contribute and share their voice – creating a space of open dialogue amongst their peers. To create this environment, it is in the CMO’s best interest to “surf the urge,” meaning, try to hold back on speaking first, but rather, gather feedback so that it’s useful when it’s time to make critical decisions. The CMO should ask questions rather than making statements, and will take all feedback into consideration, but will make it known that they will ultimately be making the final decision.

There will be individuals who will want to guide decision making for the CMO, especially when they’ve recently assumed the position. The flurry of opinions will be a distraction, but it is the CMO who is responsible for clearing the clutter and making those decisions. The CMO should feel confident in making decisions while respecting the opinions of others, even if those opinions are not implemented.

Investors are playing a different game – play it with them.

It is important to understand that investors have a completely different goal than the CMO. A critical piece of a CMO’s success is figuring out what motivates investor decision making and to position themselves, and the company in the most favorable light to achieve funding.

Included below are some resources to aid in the understanding of investing:

Understanding investor language and mindset will also enable a CMO to communicate effectively with their board of directors. Becoming familiar with how investors work early on will help set the stage for a successful investor, board, and CMO relationship. Maximizing these tools will be essential for navigating this complex relationship.

A CMO must become allies with other members of the board, as well. This will help when trying to get buy-in from other board members on specific funding issues or topics to be decided upon. It is also important that the CMO has a resource who does not sit on the board that they can approach with any “investing 101 questions” and to bounce ideas off of prior to any board meetings. The CMO should find their allies and use them wisely.

It is critical to build strong relationships with employees, especially the clinical operations team, as they will be the ones running the trials, driving timelines, budgets, and data quality. Having confidence in the team will create a sense of comfort and reassurance when it comes time for the CMO to present the clinical data with the trust and verified knowledge that it was collected, reviewed, and finalized with an experienced team at the forefront.

No one said the transition from medical school to corporate medical leadership would be easy. Medical school does not prepare a CMO to perform in this environment. An experienced large pharma CMO will have much to learn if moving on to a small biotech. It’s important to lean in, learn, and allow others to support you as you navigate this new way of working, but ultimately, identify when you need to step in and lead the charge.