Think You Know About Extreme Teaming? 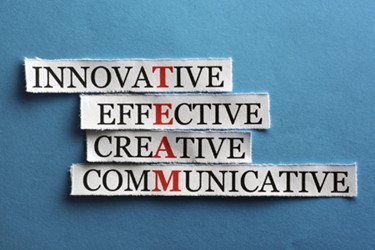 When Thinkers50 member Amy Edmondson (Novartis Professor of Leadership and Management at the Harvard Business School) submitted her leadership lesson article, Extreme Teaming In An Uncertain World, she also sent a copy of her book (co-authored with Jean-François Harvey), Extreme Teaming, Lessons In Complex, Cross-Sector Leadership. In the spirit of transparency, this book is for those truly interested and committed to gaining a deep understanding of what “extreme teaming” actually entails. This is because the text is written more like an article for a peer-reviewed journal, complete with 47 pages of references. Thus, reading for some could feel like a homework assignment for an advanced college course on the subject. However, as the goal of book is to “shed light on the leadership practices that help a group of individuals with very different backgrounds (notably, occupation, organization, and industry) develop into a high performing, albeit temporary, team,” leaders of biopharmas that have experienced significant business crises (e.g., cyberattacks, manufacturing catastrophes, natural disasters) would likely find her work insightful. The author draws on an example that I will admit to having not given much thought to, but believe well worth sharing, as it crystalizes the significant difference between extreme teaming and your garden-variety high-performing teams.

The Extreme Team That Saved 33 Lives

On Aug.5, 2010, an explosion occurred in Chile’s San Jose copper mine. The situation was unprecedented, as the main entrance to the mine was blocked by half a million tons of rock. Further, the disaster involved 33 miners trapped 700 meters (nearly half a mile) below ground. Other compounding factors included the hardness of the rock, the instability of the land, not to mention the inadequate provisions (i.e., enough food to last two men 10 days). Rescue seemed all but impossible to consulted experts, with one placing the odds at less than 1 percent. But as we now know, thanks to international news coverage and a Hollywood movie (The 33 – official trailer), the rescue has become a shining example of extreme teaming at its finest. Let’s briefly explore the situation.

On the day following the accident, Chile’s president met with the minister of mining, instructing him to go to the mine with a mandate to do whatever possible (sparring no expense) to bring the miners home. In addition, the two began reaching out to their networks for help. The goal was to identify, as quickly as possible, various leading experts, which wasn’t restrictive to those with mining expertise.

The first responders to the disaster were the Chilean Carabineros Special Operations Group, an elite police unit for rescue operations. Unfortunately, initial attempts at rescue triggered a devastating secondary shaft collapse. And as news spread, soon family members, rescue workers and reporters poured into the vicinity. Meanwhile, the Chilean mining community also was dispatching resources (e.g., experts, drilling machines, and bulldozers). At the request of the country’s president, state-owned Codelco sent senior mining engineer Andre Sougarret to lead the effort. Known for his engineering prowess, composure and ease with people, Sougarret brought technical and leadership competence to the project. One of his first efforts was to quickly form three teams to oversee different aspects of the rescue:

The team tasked with locating the miners considered a number of different rescue scenarios, eventually determining they had only one viable option, drilling a series of holes at various angles to try to locate the miners’ refuge. However, the depth of the refuge and its small size, made the problem of location difficult. In fact, odds of hitting the miners’  location with each labor-intensive drilling process was roughly one in eighty. Rescuers soon divided into subteams to experiment with different drilling strategies. And while often these teams failed to achieve their goals in each individual drilling, they quickly learned to celebrate the valuable information each attempt provided. For example, drillers and geologists discovered that fallen rock had trapped water and sedimentary rocks, which increased drilling deviations. This type of technical information was then quickly incorporated into rapidly evolving plans. For example, one dramatic change to traditional procedures was to use frequent, short action-assessment cycles. This is because in normal drilling operations, precision was measured after a hole was completely drilled. But as time was of the essence, drillers realized that to hit the refuge they’d have to take measurements every few hours, and promptly abandoned holes that were deviating too much. This move was prompted by geologist Filip Matthews, who brought a technology he had developed for measuring drilling accuracy. Upon arrival, Matthews discovered his measurements were inconsistent with those of other groups. Conducting some quickly improvised experiments, it was determined that his equipment was the most accurate, and Matthews was then put in charge of measuring drilling efforts moving forward.

In late August, a NASA engineer teamed up with the Chilean navy to design the rescue capsule, but this first required him assemble a team of 20 NASA engineers to develop a 12-page list of requirements for the capsule’s final design. For example, it had to be 28 inches wide, equipped with oxygen, have a microphone, and use spring-loaded wheels to ride smoothly against the rock walls.

On Oct. 12, 2010, the rescue capsule began its life-saving runs to bring miners to the surface. In total, the miners spent 69 days underground, and the resulting fervor over their successful rescue cannot be understated. So, what were the critical components to this extreme-teaming success?

According to Edmondson and Harvey (authors of Extreme Teaming), it was clear that a top-down, command-and-control approach would have failed as, “No one person, or even one leadership team, or one organization or agency, could have successfully innovated to solve this problem.” But it’s also clear that encouraging folks to try anything would have likely led to chaos. Given the unprecedented nature of the disaster, multiple temporary, constantly shifting groups of people working separately across teams (as needed) was the only viable approach. This required intense managerial and technical focus, progressive experimentation, and rapid cycle learning. Diverse technical experts needed to work collaboratively to design, test, modify, and abandon options until finally getting it right. Repeated failures did not constitute evidence that rescue was impossible. Course corrections needed to be frequent and built on data-driven feedback. Finally, don’t underestimate the important role of senior leadership’s commitment to the initiative, as this gave those on the front lines the confidence, motivation, and protection to take necessary technical and interpersonal risks, which are integral to extreme teaming. This all being said, don’t underestimate the importance of communication, as extreme teaming brings together diverse skills, backgrounds, perspectives, and goals. Some communication boundaries are obvious (i.e., being in different countries with different time zone). However, others are more subtle (e.g., two different engineers unknowingly bringing different taken-for-granted assumptions about how to carry out a procedure in a collaboration).

One suggestion for being ready to extreme team — should the need arise at your company — is to develop cross-boundary teams. This is because unfamiliar connections between entities with different perspectives fuel creatively and innovation, enabling organizations to leverage the full potential of their innovation systems.

Do you have an extreme-teaming example from the biopharmaceutical industry (e.g., tackling an Ebola outbreak)? If so, we’d love to hear it. Please send me an email at rob.wright@lifescienceconnect.com