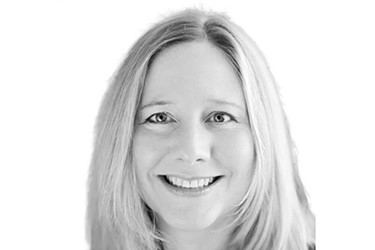 The life sciences sector is a British success story. Government figures show that it generated more than £20 billion in turnover in 2015 and provided 90,000 jobs in 2016. It’s also a sector that is used to challenges. After all, scientists thrive on solving any problems that come before them. Let’s take a look at three of the top challenges facing this industry.

Science doesn’t happen in a silo – and events in the outside matter a lot when it comes to the way this sector is funded and regulated. Few parts of the economy will be untouched by the ongoing Brexit debate in the UK, and the life sciences sector will certainly have a keen eye on what happens next.

The UK benefitted from about £8 billion of scientific research investment from the EU between 2007 and 2013, and it uses the free movement of labor to tap into workers from across the continent. It’s not clear yet what will happen to this investment or recruitment post Brexit; those kinds of details may be resolved possibly by the end of a transition period in 2020.

However, the way drugs are approved in the UK also will change. The European Medicines Agency is moving to Amsterdam, with the Dutch city likely to benefit from a boost as a result, and U.S. companies might face a more complex process to launch drugs in the EU and the UK. Europe is already complex enough from the point of view of an American company without having to have an extra process to follow. Companies have always focused on launching in the EU5. In the future this will require two separate regulatory approval processes.

The budget impact of pharmaceuticals — as part of the wider debate on how we fund healthcare in general — is a key consideration for companies and payers alike. We won’t be able to afford healthcare if we continue to grow at this rate.

Drug costs amount to only 8 percent of the cost of healthcare, but if governments can’t afford the cost of medicines, then it’s a concern for patients and companies alike. The issue is being exacerbated by an aging population, a sluggish birth rate, and a lack of innovation. Furthermore, more diseases are being diagnosed at an early stage, and more treatment options are available than ever before for a growing number of diseases. Of course, trends such as personalized medicine and “one-shot” gene therapies could counter these trends over time, but for now, the pressure on pricing continues.

Spotlight On The Supply Chain

The third issue facing the life sciences sector — particularly at the time of product launch — is the need for a greater focus on the supply chain. Biologics, as compared to small molecules, have a more complex supply chain and are notably more difficult to manufacture, store, and distribute.  Personalized medicine is a completely new challenge as individual medicines are tailored to each patient and often produced close to the point of care.

Traditionally, many companies focus on the science of a product and its regulatory approval process to the detriment of the other important things that need to be in place to take a drug to market. For example, there’s an element of “snobbery” toward supply chain management, which is seen as something of a nondifferentiating function. Issues such as labelling and logistics are often missed by first-time companies launching into a new market and can set back a product launch by a couple of months. Essentially, if you don’t have all the right elements in place, then you can’t sell the product. If you are setting up from scratch, then you don’t really know what you don’t know. You normally learn the hard way, and often get it wrong that first time.

Anna Casse, BSc, MBA, is a managing partner with consulting firm Alacrita. She has launched 13 products in oncology and rare diseases; had direct P&L responsibility for global, European and individual country businesses; and has built a successful European biotech business for a U.S.-based company from scratch.