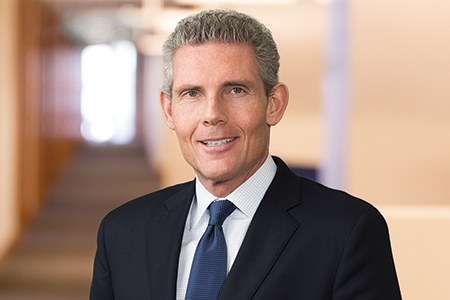 The pace of advancement in the life sciences industry is so dizzying that it can be hard to appreciate its significance in context. But if you take time to look back at the scientific breakthroughs over the last 10 years, the picture that emerges is one of innovation rarely seen in human history.

The remarkable discoveries made in areas like gene and cell therapy, genetic engineering, immunotherapy, and precision medicine have raised the possibility of cures for diseases that were thought to be untreatable. Even more impressive, commercial applications for some of these innovations are making good on the promise of more efficient and effective healthcare.

These developments have naturally sustained investor enthusiasm for companies across the board in the life sciences industry. Equity investments, mergers and acquisitions, and IPOs have all been generally trending upward for the last decade.

But it’s not just the scientific innovations that are fueling growth in the life sciences industry. We’ve also seen the emergence of a deep bench of C-suite-level executives who have gained invaluable experience in successfully bringing products to market. Favorable regulatory changes, including those that have sped up the approval of breakthrough treatments, have also helped.

To be sure, the life sciences industry has encountered its share of speedbumps. It has not been immune to market cycles and product failures. But it weathered them all. Crucially, it also learned from them.

Those lessons will benefit the industry as, no doubt, there will be more turbulence ahead. U.S. presidential election years can be particularly bumpy given the uncertainty of regulatory change they bring. But the fundamentals of the industry are strong, and the gains made in the last decade will continue to pay dividends. As we enter a new decade, I see five reasons why the industry will continue to grow.

The life sciences industry ecosystem is as robust as ever. Metrics such as new company formations and venture funding rounds are at all levels which suggest that the pipeline for innovation is strong.

These positive trends started to take root more than a decade ago. After the financial crisis of 2008, we witnessed the pace of new company formations (and subsequently the number of successful exits) begin to accelerate. In the last two years, for example, global biopharma IPOs have raised more than $20 billion — each year bringing in more than in any previous year during the last decade, according to BioWorld data.

What’s more, investments in life sciences startups are being made at earlier stages, suggesting increased appetite for risk and confidence in the commercial viability of innovations. In the first three quarters of 2019, early- and angel-/seed-stage investments accounted for around 60 percent of VC pharma and biotech deals, up from about 45 percent in 2009, according to data from PitchBook.

2. A DEEP AND EXPERIENCED EXECUTIVE BENCH

Leading a life sciences company requires skills that can be hard to find outside the industry. That’s why the last decade has proven to be crucial to the industry’s future. It has provided leaders opportunities to gain the experience needed to start new enterprises, shepherd products through the various stages of clinical development, and guide companies to a successful exit.

Over this period, we’ve witnessed executives, including many who have overseen high-profile exits, start or join new companies, which is helping to spread a high level of professionalism and leadership throughout the industry. Last year, for example, two former Juno Therapeutics executives, Hans Bishop and Steve Harr, launched Sana Biotechnology, a startup focused on cell therapy, gene therapy, and gene editing.

At the same time, many of the major funds that have been investing in life sciences companies have grown bigger and more sophisticated. Over the last 10 years, in some cases, internal teams and investing partners more than doubled. This growth is helping to exploit new investment opportunities and spread best practices around the industry.

3. AN ENLARGED UNIVERSE OF ACADEMIC RESEARCH

More than ever, the life sciences industry today feeds off the R&D of universities and other academic institutions. Through so-called tech transfer offices, they license the rights to commercialize their discoveries to the private sector and offer other kinds of support to startups, including scientists.

But it was not long ago when only a handful of academic institutions was considered to have significant tech transfer programs in life sciences. Attracted by the benefits these programs provide those institutions — namely, licensing fees to fund further research — many universities have developed tech transfer programs. According to data from AUTM (Association of University Technology Managers), a nonprofit that supports academic research, the number of tech transfer office-tracked patents issued almost quadrupled between 1995 and 2015.

It’s reasonable to expect that collaboration between the public and private sectors will continue to increase, but this will depend in part on the continued support of federally funded projects. For example, the 21st Century Cures Act, which was signed into law in 2016, should have a significant impact on the industry for decades to come. This act authorized the NIH to devote $4.8 billion over 10 years toward mapping the human brain, precision medicine, and cancer research, including genetic tumor profiling and immunotherapy.

The number and size of U.S. pharmaceutical and biotechnology mergers scaled record heights last year, headlined by Bristol-Myers Squibb’s $74 billion acquisition of Celgene Corp. Part of the activity may be attributed to a hot stock market, which may or may not last in the short term. But there are plenty of other incentives for consolidation in the industry that will not go away any time soon.

There is, for one, the cost of R&D. Many major public companies have become cautious about spending large amounts of money on research that may not turn into winning investments. A surer bet in their eyes is to acquire companies with approved products or those in late-stage clinical development.

The expiration of patents will also motivate companies to look for acquisitions. As some of their multi-billion-dollar drugs become open to generic competition, companies will have to find sources to replace these revenues.

Finally, some 270 pharmaceutical and biotech companies have gone public on Nasdaq since 2015. It may be that the market cannot sustain that number, in which case we could see further mergers among similarly situated companies.

5. THE CONVERGENCE OF TECH AND LIFE SCIENCES

It’s been talked about for years, but the convergence of life sciences with big data and AI is finally coming into focus and will drive the industry for years to come. To some, this combination of the digital and biological worlds marks the beginning of the Fourth Industrial Revolution.

Companies are beginning to develop innovative ways to tap into vast troves of data — like that which has been collected for the Human Genome Project — that have and will continue to yield life-changing discoveries.

Further, technology companies and healthcare entities have recently started partnering to develop digital tools and platforms that will draw on vast amounts of data to provide insights on how to provide more efficient and effective healthcare to patients. At the same time, machine learning and AI will continue to help companies make their drug discovery and other R&D processes more efficient, helping to generate product candidates faster.

ORI SOLOMON is a partner in Morrison & Foerster’s Corporate Department and cochair of the firm’s Emerging Companies and Venture Capital practice.